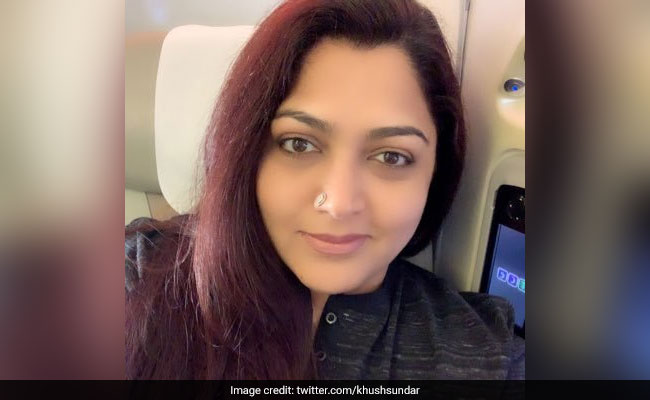 Khushbu Sundar has found a place in the BJP’s first list of candidates for the Tamil Nadu assembly elections. The actor-politician, who had quit the Congress last year after writing a strongly worded letter to party chief Sonia Gandhi, will contest from Chennai’s Thousand Lights constituency against DMK’s Dr Ezhilan.

“A huge thank you to my BJP President JP Nadda ji for giving me this opportunity. Will not let you down sir,” she tweeted, adding that she will work hard and win.

I thank @BJP4India from the bottom of my heart for giving me the opportunity to contest from #thousandlights in the upcoming #TamilNaduElections2021 Promise to work hard and win. @BJP4TamilNadu@kishanreddybjp@Murugan_TNBJP@ReddySudhakar21@blsanthosh@AmitShah@narendramodi

Ms Sundar, one of the Congress’s most prominent defenders, had written in her resignation letter that she felt “pushed and suppressed” by people who had no connection with ground reality.

“Few elements seated at a higher level within the party, people who have no connectivity with the ground reality or public recognition are dictating terms and people like me who wanted to work for the party sincerely, are being pushed and suppressed,” the 50-year-old had said.

Khushbu Sundar was with the DMK before she moved to the Congress. This is the first time she is contesting an election.

The BJP has fielded MLA Dr Saravanan in Madurai North. The leader had quit the DMK this morning.

The BJP is contesting the Tamil Nadu polls in alliance with the ruling AIADMK and its other partners. The party had partnered with the AIADMK for the 2019 Lok Sabha election, but couldn’t win a seat.

The JP Nadda-led party will contest on 20 seats.

The state will go to polls in a single phase on April 6. Counting will be held on May 2.