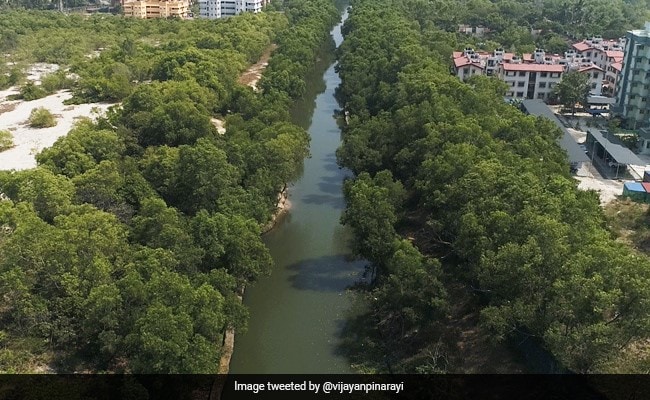 Mr Vijayan inaugurated the 310 km first phase of the inland waterway, by travelling a 11 KM stretch from Veli to Kadinamkulam onboard a 24-seater solar-powered boat.

The rejuvenated waterway is from Veli in Thiruvananthapuram to Chavakkad in Thrissur district through Kollam and Kottapuram.

Mr Vijayan claimed since his government came to power, a boom could be seen in the transport sector.

“The change is reflected in the road, air and water transportation sectors of the state. We have opened up new possibilities with this waterway.”

The 520 km long first phase of the national waterways dedicated to the nation. Inauguration of the eco-friendly mode marks the beginning of a new chapter in infrastructure development. In these past 5 years, the State has made a quantum leap in mobility & transportation sectors. pic.twitter.com/C6LZB2qZpg

“By connecting Bekal in the north to Kovalam in the south of Kerala, a relatively low cost and pollution free transport facility will become a reality in the state,” Mr Vijayan said in a Facebook post.

Mr Vijayan said the government had classified canals and bridges in southern Kerala and the Malabar region in order to modernise and develop the waterways in three phases.

“In the first phase, the existing canals were deepened to make it passable. As part of the second phase, encroachments will be removed and the width will be increased by the end of 2022.”

Construction of the west coast canal and feeder canals will be done in Phase 3, which will be completed in 2025, he added.

He said the government has taken steps to prevent waste being dumped into the waterways and municipalities have a major role in preventing it.

“CCTVs are being installed, fences are being erected and steps are being taken to create awareness among the people to protect the waterways,” Mr Vijayan said.

The solar boat, in which the chief minister travelled, was indigenously manufactured for Cochin International Airport Ltd (CIAL) and recently arrived here from Kochi.

Trial runs were held on the Veli-Kadinamkulam stretch of the Parvathy Puthanar on Saturday.