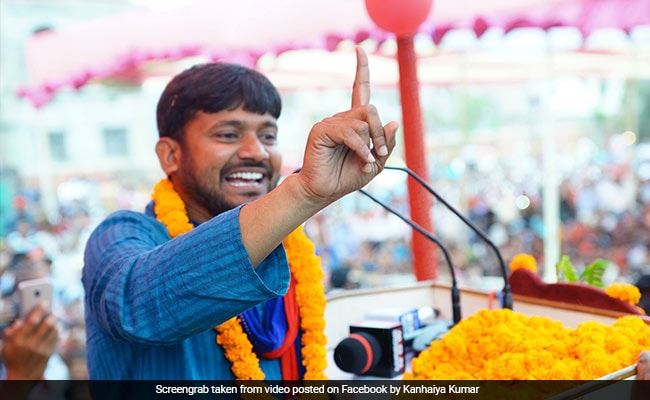 A fiery former JNU student leader, who has of-late been seen as veering towards Nitish Kumar despite their parties rarely getting on the same page on most issues, Kanhaiya Kumar met Ashok Choudhary on Sunday.

Mr Choudhary had headed the state unit of the JD(U) during the assembly elections and played an instrumental role recently in enlisting the support of the sole BSP MLA Zama Khan and independent legislator Sumit Singh, both of whom were inducted into the cabinet last week.

He had also caused jitters in the LJP, an ally-turned-adversary, by inviting its sole MLA Raj Kumar Singh to his residence for a book launch function a few weeks back.

Mr Choudhary’s meeting with Kanhaiya Kumar, a staunch communist, came at a time when the charismatic young politician is said to have been left mortified by a censure motion that the CPI recently passed against him.

The party action had followed alleged manhandling of a key CPI official attached to the state headquarters in Patna.

Earlier, there had been tensions between the aspiring leader and his party during the Lok Sabha elections when the CPI reportedly insisted that he share a part of the money he had raised through crowd-funding.

Kanhaiya Kumar had fought from his home constituency Begusarai, where he lost to Union Minister and BJP leader Giriraj Singh by a massive margin.

Nonetheless, the contest had created a lot of buzz and brought many celebrities from far-off places to the dusty town in support of the young leader who has been slapped with a sedition case for allegedly raising anti-national slogans at JNU.

Sources close to Kanhaiya Kumar as well as Ashok Choudhary insisted that it was a “non-political” meeting and that both have known each other for long.

It has, nonetheless, evoked reactions from those holding strong views on nationalism and against the so-called “tukde tukde gang”.

Subhash Singh, a state minister from the BJP quota, said the former JNUSU president’s meet with a senior leader of an alliance partner was “not appropriate”.

Ajay Alok, a JD(U) spokesman, reacted, “Kahaiya shall be welcome into our party if he chooses to give up his vikrit (perverse) ideology.”

Kanhaiya Kumar is also understood to have been disappointed with his party’s decision to side with the RJD, which had queered the pitch for him in the Lok Sabha polls by fielding its candidate, and acknowledge Tejashwi Yadav as undisputed leader of the five-party Grand Alliance.

Tejashwi Yadav, who has for all practical purposes inherited the legacy of his father and RJD chief Lalu Prasad, is said to be wary of the former student leader who is of the same age but exhibits superior oratorical skills and grasp of issues.

Some in the ruling alliance said on condition of anonymity that the meeting could have been yet another attempt by the JD(U) to raise its stock after its unsatisfactory performance in the assembly elections.

JD(U) spokesman Rajiv Ranjan Prasad latched on the development to berate the LJP, saying, “Chirag Paswan has been alleging that his constituency of Jamui has been neglected and there has been no progress in Bihar at all. The meeting between his party MP and the chief minister is a rebuff to his brand of politics”.

The LJP sought to downplay the significance of the meeting.

“Our respected MP must have met the chief minister with regard to development works in his constituency. We wonder what is there to be so excited about,” LJP spokesman Ashraf Ansari said in a video statement.

Chirag Paswan had pulled out of the NDA ahead of the assembly polls, vowing to decimate the JD(U) and help the BJP seize power.

He fielded candidates against all JD(U) nominees, many of them rebels from the BJP, a strategy that cost Nitish Kumar’s party dear and reduced it to the status of a junior partner to the BJP in the state for the first time.

International Childhood Cancer Day 2021: With over 50,000 cases a year, cancer in children a big issue for India