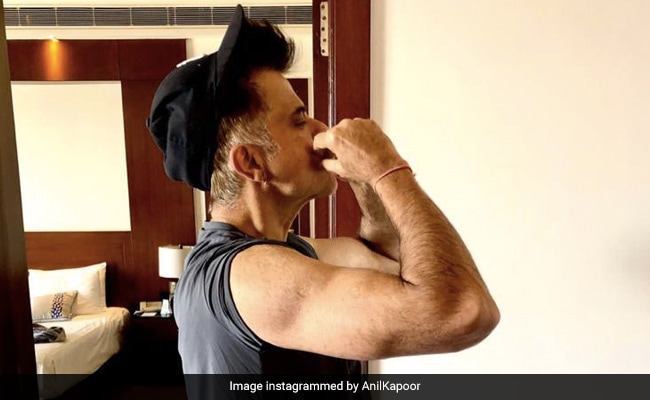 Have you seen Anil Kapoor’s latest tweet? If not, we are here to help. The 64-year-old actor, who is currently shooting in Udaipur, Rajasthan for a project, shared a few pictures of himself on his Twitter profile on Sunday. In the photographs, the Bollywood veteran can be seen flexing his biceps in front of a mirror. Without sharing much details about the project, he captioned the post, “Sunday Gunday. Location: Udaipur for the last leg of our shoot in Rajasthan!” Anil Kapoor is a fitness enthusiast and he frequently shares posts from his workout videos and pictures.

Location : Udaipur for the last leg of our shoot in Rajasthan! pic.twitter.com/HBaTJHnalP

Last week too, the actor shared pictures from Rajasthan on his Instagram profile and he wrote: “Had a great shoot day in Rajasthan…Feeling on top of the world.” ICYMI, this is the picture we are talking about:

Anil Kapoor never fails to give us fitness inspiration. From jogging on the beach to running on tracks and working out at the gym, the actor does it all to stay fit. Here are a few posts that showcase Anil Kapoor’s love for fitness:

Selling GameStop Short Was a Flop. Options Are No Slam Dunk.