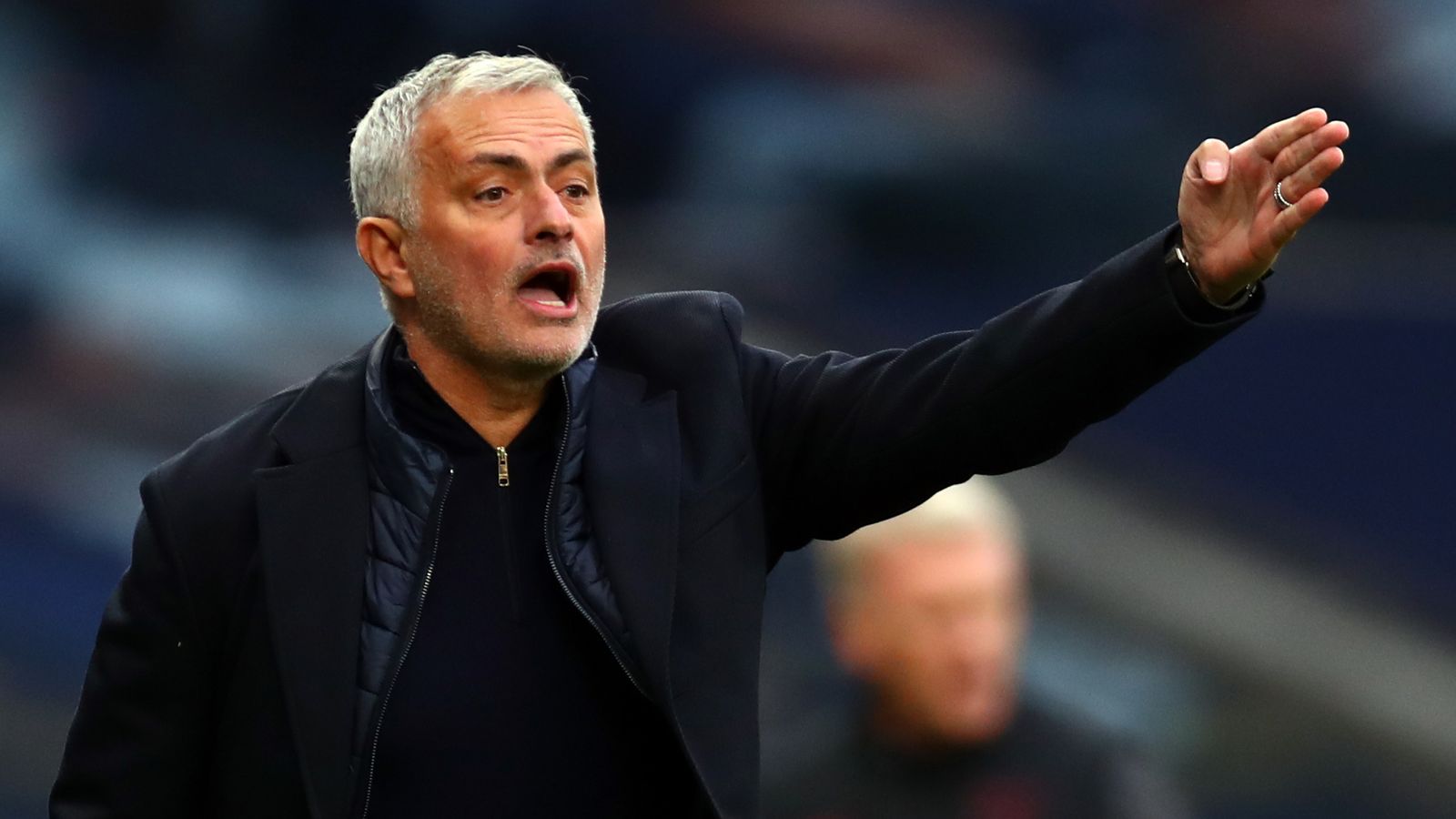 West Ham hung on until the break, but they looked the better side throughout the second period as Spurs floundered, with set-pieces proving a fertile area for the visitors to take advantage of.

Fabian Balbuena’s header from an Aaron Cresswell free-kick made it 3-1 in the 82nd minute before a Davinson Sanchez own-goal three minutes later and Lanzini’s stoppage-time strike beat Hugo Lloris to complete an amazing comeback.

Mourinho felt his team were not strong enough against the threat of the imposing Soucek, who was a constant menace when West Ham went direct and drew comparisons with Moyes’ former player Fellaini.

Mourinho told Sky Sports: “The game was under control, we had Harry Kane to score the fourth when he hit the post, Gareth Bale to kill the game… but that’s football.

“Not deliberately, but the team was dropping. With [Harry] Winks, we found balance again and was in control. It was exactly when we were in control that we conceded the first and their belief went up. My guys were not strong enough to cope with it psychologically. The last few seconds, we lost two points.

“I told them to be aware of set-pieces against, which we knew they were very strong. David has found in [Tomas] Soucek his new [Marouane] Fellaini. In the end, they were lucky, but they fought very hard to be lucky so I praise them.”

Gareth Bale was handed a second Tottenham debut on 72 minutes when replacing Steven Bergwijn with Spurs still 3-0 up and seemingly cruising. He had one fine chance to wrap up the points with a blistering run but floundered with his finish.

When asked if Mourinho regretted the decision not to start him, he said: “I don’t think so. The decision of not to start him was good I think, to show he does not have a beautiful chair waiting for him in the team, and he sits there the first time he can.

“It was a message to the team, that in this team everybody has to fight for positions. He’s very well accepted in the group, everyone likes him and I believe he likes what he’s found here. Everything is positive, the focus was not on him but on the game. He was on the bench for 65 minutes or so, I don’t think at all. It’s a pity he could not score that fourth goal which was a beautiful way to kill the game, but that’s football.”

Moyes: We were playing well at 3-0 down

Despite falling 3-0 behind after just 16 minutes, West Ham boss Moyes, who praised the performance of Harry Kane, revealed he was actually satisfied with his team’s showing at that point, hence why he did not make any changes at the break.

He said: “The half-time team talk was actually really difficult because you’re 3-0 down but I actually thought the team played really well, except for the opening five or 10 minutes.

“Probably the toughest decision was not to make any decision because it’s always quite easy as a manager to feel like you have to make a decision and change things, but I didn’t think we needed it, we were playing well enough.

“Obviously we’d given away three goals, which I couldn’t believe. These things happen and I think it’s the way football has been at the moment. We didn’t defend well enough in the opening 10 minutes or so, but after that, I think we did a fairly good job.

“I can’t be too critical of Spurs, really. When looking at the result without watching the game, the easiest thing to say is that Jose sat in when it was 3-0 and normally you’d see him bring on holding midfield players and try and be compact, make it difficult for the opposition and not really attack.

“But he brought on Gareth Bale, Lucas Moura and Harry Winks, who is a technical midfield player if you like, so I actually think Jose will be in the dressing room now thinking ‘I wish I had blocked the game off and brought on more defensive subs’.

“I just think West Ham have been quite fortunate. I thought they were quite poor in the first half and they were much better second half, which was obvious that it was going to happen because they couldn’t be any worse. They get a great goal, an own goal and one from a set piece and it just sums up the Premier League this season, really.

“But I can’t be overly critical of Spurs. I didn’t see too many times when they were opened up by West Ham, not once in the first half and I don’t remember it too much in the second half. Sometimes these freak games happen now and again in football, it just feels like they’re happening every weekend in the Premier League at the moment.

“If you asked me if Tottenham’s attacking players are good enough to win a league title, I’d say yes. I’m still not convinced that centre-back wise, they’ve got a real top centre-back, but how many teams have? We know about the news with Virgil van Dijk so Liverpool haven’t got that for the rest of the season.

“I think the title race this season is going to be up for grabs and could go anywhere really. With the games going forward, you would expect more consistency – it won’t continue like this every week.

“But for Spurs, that is the one area they need to improve, defensively. It’s been a while since they’ve kept a clean sheet and Jose is a manager who you associate with a clean sheet. He’ll be kicking himself now but I don’t think it was down to his decisions in terms of sitting back.”

New stimulus check eligibility: Which qualification could change, what may stay the same