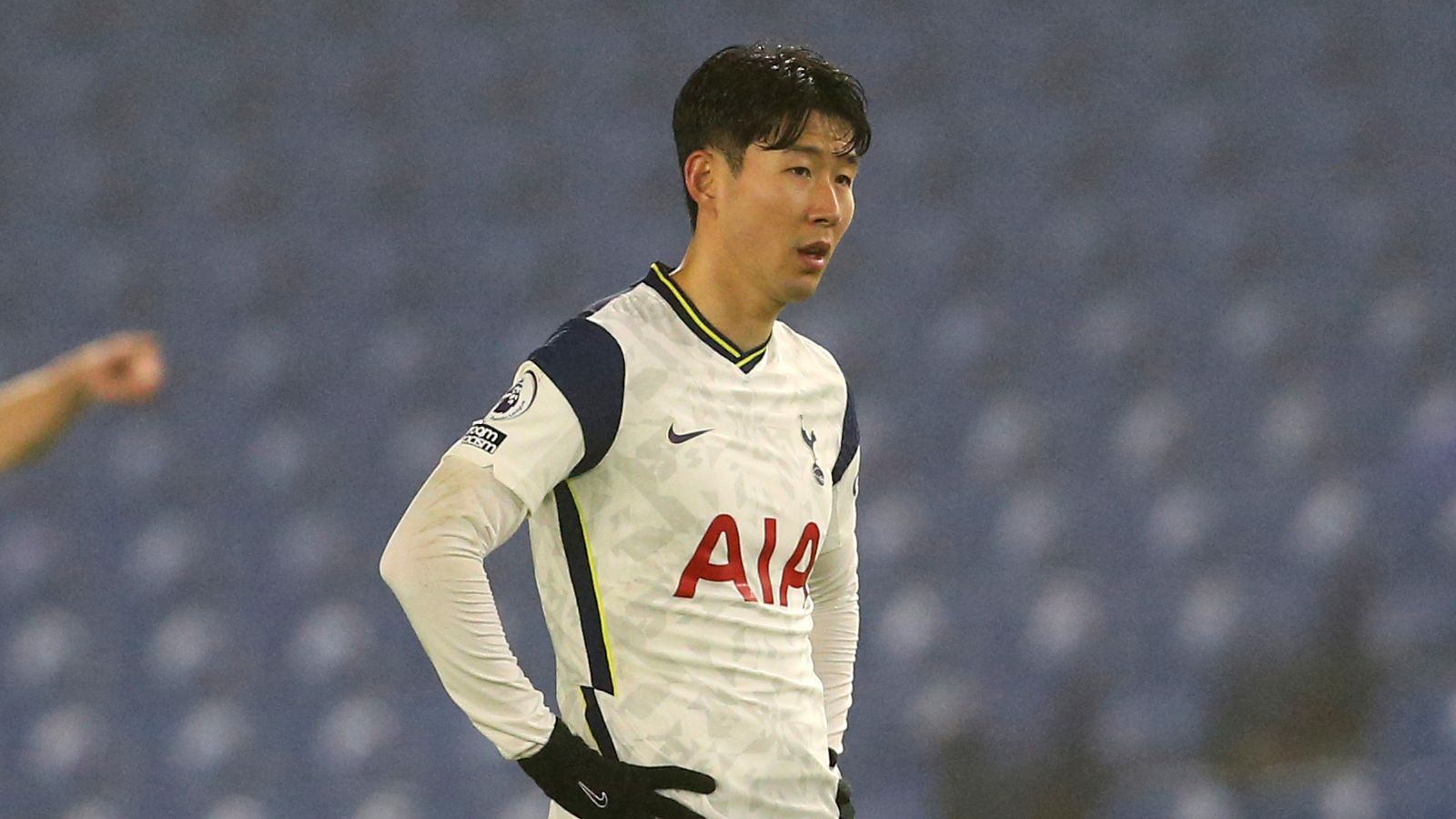 Tottenham head coach Jose Mourinho says his side are suffering from low “self-esteem” following their 1-0 defeat to Brighton at the AMEX Stadium.

Spurs created little in the absence of talisman Kane, who suffered an ankle injury during Thursday’s defeat to Liverpool, and could have few complaints about a disappointing result which deals another major blow to their top-four aspirations.

Mourinho’s side remain six points adrift of the Champions League places on the back of an alarming two league wins from nine matches.

“We’ve had five defeats in 30 matches so we can look at it in a different perspective,” the Tottenham boss told Sky Sports.

“Every team in the Premier League has these ups and these downs. Of course now, we’re in a difficult moment with results, injuries and self-esteem. A team with confidence is much better than a team with sadness. At this time, we have all these problems which sooner or later will blow over.

“At the end of the season, we’ll see where we are in the league and with the cup games that we’re going to play.”

The defeat would have been heavier had Brighton forward Aaron Connolly not wasted a golden chance to put the result beyond doubt six minutes from time.

Tottenham were thumped 3-0 under Mauricio Pochettino on their last visit to Brighton and arrived this time having fallen out of title contention during a damaging past seven weeks.

“I saw two different halves,” Mourinho added. “The first half, where I saw immediately we made two mistakes in a row. They hit the post from one, the other one was a goal. The boys felt too much the goal that we conceded in the first half. It was a sad half. In the second half, especially in the last 30 minutes, I saw a team with a different soul.

“I saw a team that was ready to give everything and was ready to gamble everything. To finish the way we did, probably the boys deserved more than what we got. The last feeling is usually the one that you take home, so I leave with positive feelings because my boys showed in the last 30 minutes that they wanted anything but a defeat.

“We didn’t start well and my team was a bit sad. To concede a goal at the beginning of the game brought even more sadness, and knocked our self-esteem. The team was suffering but the second half saw a completely different attitude. We were trying everything and the spirit in the second half was good.

“Some individuals were suffering with fatigue, but they tried until the last second. A defeat brings always a bad feeling, and the performance wasn’t very good, but I leave with a positive feeling towards my boys.”

Thursday’s 3-1 loss to Jurgen Klopp’s champions left Mourinho’s side – who topped the table as recently as December – with only nine points from the last 24 available, while also depriving them of leading man Kane.

Gareth Bale started for only the second time in the Premier League this season in place of their talisman, but he was substituted and replaced by Lucas Moura after 61 minutes.

When asked about Bale’s below-par display, Mourinho said: “I don’t like to individualise. We tried to start with a team who can try to give Son the same dynamic that he’s used to.

“There’s no replacement for Harry but we tried to give him that with Bale coming into his position to connect with Son, but we were not successful. But I’m not speaking about Bale, I’m speaking about us.

“In the second half, Vinicius is a different player. We tried to change the direction of the game. Vinicius as a target point brought us energy and he had a great shot with a great save from Sanchez. The reality is that the team improved.”

Victory for Graham Potter’s men was their first in 15 top-flight fixtures at the Amex and moves them seven points clear of the drop zone.

“Fantastic. No other word. I thought from the start of the game we were brave, aggressive, had personality on the pitch, some quality, scored a really good goal, attacked well and reduced the opposition to not too much. Overall, just a really, really good performance.

“Any goal is a good goal for us to score because they have not been easy for us to come by in this league but I thought it came as a result of some sustained pressure.

“I am delighted for Leo because he has been near often.

“We weathered the response from Tottenham really well and still had some chances ourselves. Rob had to make a save but apart from that there wasn’t too much for us.

“I am delighted for the players. It is an important win, a clean sheet, three points and I don’t have to answer questions about our home form for a bit so that is nice!”

“Were Spurs so poor or Brighton so good? The reality was something in between. The kindest thing I can say about Spurs is that they were lacking energy. I don’t understand the word ‘sad’.

“They’re professional players and have been on bad runs before. Liverpool beat them in midweek and they’ve been well-beaten today by a team in the relegation dogfight. These are concerning times. Without Harry Kane, you can’t say they’re anything like a proper team. I thought that was a pretty dismal performance by them.”

“Brighton should have won the game more comfortably. Tottenham had a lack of energy, a lack of desire, they were lacklustre. All the basics.

“You can say that ‘yes, Harry Kane wasn’t playing’. But they have only won two of their last eight games when he was playing. There’s something wrong with this Tottenham team.

“One thing that has bothered me about how Jose has set his team up of late is that I haven’t been excited by it. They’ve had a workmanlike midfield that he’s gone away from for some reason. It almost feels for me that the way they’re so open right now is against his principles completely.”

Brighton are back in action on Wednesday when they travel to Liverpool in the Premier League; kick-off 8.15pm.