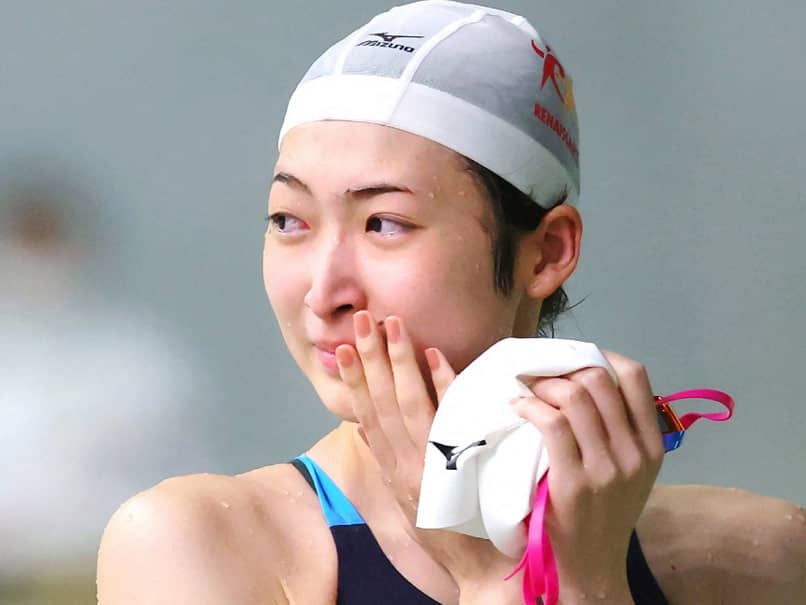 Rikako Ikee will make her comeback from leukaemia when he she vies for Olympics berth next month.© AFP


Japanese swim star Rikako Ikee will enter four events at next month’s national championships, reports said Wednesday, as she vies for a Tokyo Olympics spot in her comeback from leukaemia. The 20-year-old, who was diagnosed with leukaemia in February 2019, will compete in the women’s 50 metres and 100m freestyle, the 100m butterfly and the non-Olympic 50m butterfly at the April 3-10 nationals in Tokyo. The event doubles as a qualifier for this summer’s coronavirus-delayed Tokyo Games. Ikee, who has played down her chances of appearing at Tokyo 2020 since launching her comeback last year, will secure an unlikely Olympic spot if she finishes in the top two at the nationals and meets the entry time.

But Ikee, named MVP of the 2018 Asian Games after claiming six golds and two silvers, is refusing to look so far ahead as she prepares for the meet at the Tokyo Aquatics Centre.

“My goal is to reach the final of every event I have entered at the national championships,” Ikee was quoted as saying in Japanese media.

“How well I do depends on how confident I am every day in training, so I really want to get down to work and train hard for it.”

Ikee won the 50m butterfly at the Tokyo Open last month to claim her first victory since she started her comeback.

Her first race since she was diagnosed with leukaemia was last August.