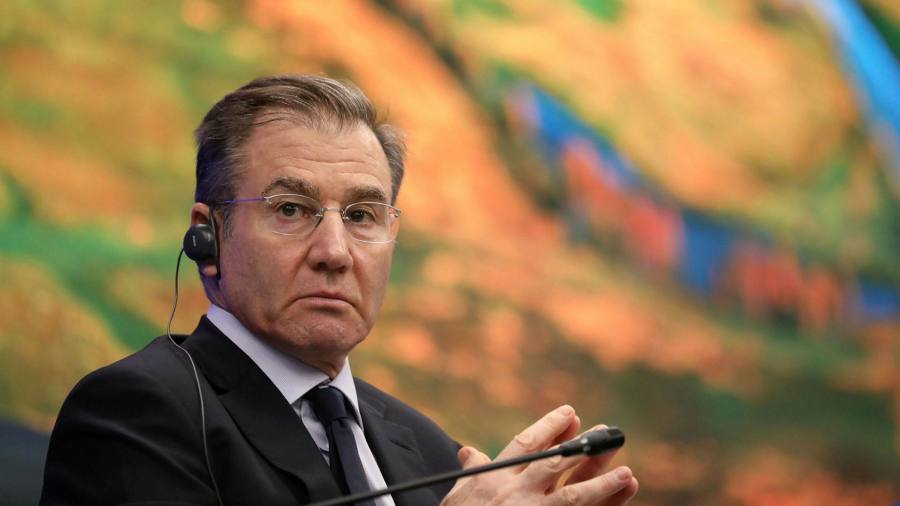 Ivan Glasenberg to step down as Glencore chief

Ivan Glasenberg is to step down after almost two decades at the helm of Glencore, completing the changing of the guard at the world’s biggest commodity trading groups.

Mr Glasenberg, who joined Glencore in 1984 and has been chief executive since January 2002, said on Friday he would retire next year and hand the reins to Gary Nagle, a fast-talking South African, who runs the company’s coal business.

“Gary started with me in the coal division 21 years ago,” Mr Glasenberg said at the company’s annual investor day. “He’s 45 years old, he’s had great experience around the world. I am very proud and happy to say Gary can take this company forward in the future.”

Mr Glasenberg, who turns 64 in January, signalled the succession a year ago, telling investors he did not want to be an “old guy” running the company. He owns just over 9 per cent of Glencore, a stake worth about £3bn at current prices.

Glencore grew out of Marc Rich & Co, whose eponymous founder was regarded as the godfather of modern commodity trading. But it was under Mr Glasenberg that it became a natural resources behemoth.

His departure marks the end of an era. Mr Glasenberg — a champion racewalker — is the last of a trio of executives who had come to define the modern commodity trading industry.

Trafigura, which also traces its roots to Marc Rich & Co, lost Claude Dauphin in 2015 after he died while on business in Colombia. Ian Taylor, the longtime chief executive of Vitol, the world’s largest independent oil trader, died this year following a prolonged battle with cancer.

Mr Glasenberg was the only one of the three commodity trading titans to take his company public, using the proceeds of its bumper 2011 initial public offering to build a legacy that stretched beyond trading and into assets. However, its shares now trade at less than half the value of their opening price in 2011.

By sealing a $31bn deal to take over Xstrata in 2012, in which he won a tussle with the mining company’s chief executive Mick Davis to run the combined company, he added the asset base necessary to support its trading heft.

But despite the IPO thrusting him into the public spotlight, like his rivals he never quite shook off the trading industry’s swashbuckling approach.

In 2018 the US Department of Justice subpoenaed Glencore over possible violations of the Foreign Corrupt Practices Act relating to its operations in Nigeria, Venezuela and the Democratic Republic of Congo.

Glencore has always denied wrongdoing and said it is co-operating with the investigations. A number of his key lieutenants — part of the “Billionaire Boys’ Club” the IPO helped create — have stepped down in recent years, including head of oil trading Alex Beard, head of copper Aristotelis Mistakidis and, most recently, zinc boss Daniel Maté.

Of the internal candidates who were in the running to succeed Mr Glasenberg, Mr Nagle is the one most like Mr Glasenberg and the executive with the most experience of running assets, a much bigger part of Glencore’s business since its merger with Xstrata.

The other frontrunners were head of nickel trading Kenny Ives and Nico Paraskevas, his opposite number in copper.

Dubbed “mini-Ivan” by many people in the mining industry, Mr Nagle has a degree in commerce and accounting from the University of Witwatersrand, Mr Glasenberg’s alma mater.

Like the outgoing chief he also worked his way up Glencore’s coal business, albeit with a stint running the company’s ferroalloys business in South Africa.

News of Mr Nagle’s appointment came as Glencore, the world’s biggest exporter of thermal coal, stole a march on rivals by setting out new emissions targets that will make it the first big miner to be fully aligned with the goals of the Paris agreement on climate change.

Energy is the world’s indispensable business and Energy Source is its newsletter. Every Tuesday and Thursday, direct to your inbox, Energy Source brings you essential news, forward-thinking analysis and insider intelligence. Sign up here.

Glencore pledged to cut its greenhouse gas emissions to net zero by 2050, including those produced when a customer burns its coal, oil or gas. It will do this by running down its coal assets.

It also flagged plans to resume dividend payments next year after suspending them this year because of rising debt and the Covid-19 pandemic.

Tyler Broda, analyst at RBC Capital Markets, said Mr Glasenberg’s retirement was not a “positive” but “fresh leadership should allow for a more bold approach from management to tackle some of the challenges that have crept into the investment case in recent years”.

These include the future of its coal business and investigations by regulators into alleged corruption and bribery. Mr Glasenberg’s departure could pave the way for a settlement with the US authorities.