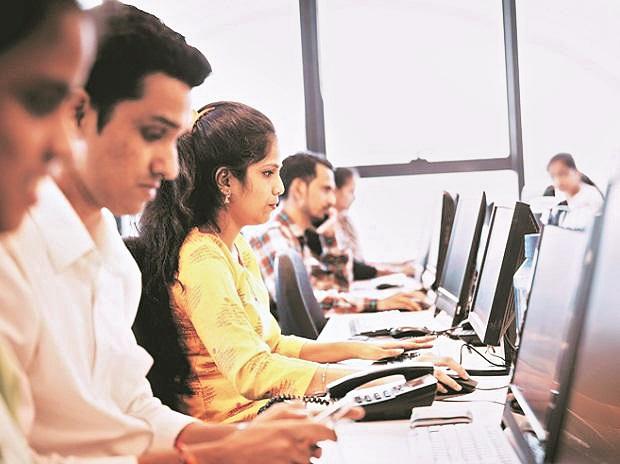 
The National Association of Software & Services Companies (Nasscom) has projected a 2.3 per cent revenue growth in FY21 for the country’s information technology industry despite the pandemic. Nasscom has pegged the Indian IT industry’s revenue during the current financial year at $194 billion, up from $190 billion in FY20.


Compared to previous years when the industry registered a growth of 6 to 7 per cent, the current numbers are subdued.


Although several players faced pricing pressure as the global economy contracted, the Indian IT services segment is set to grow 2.7 per cent to $99 billion, according to the latest numbers. Growth was driven by the e-commerce sector that grew 4.8 per cent to $57 billion, followed by a 4.1 per cent growth in the hardware segment that touched a revenue of $16 billion on a year-on-year basis. Exports are expected to touch $150 billion for FY21.


In terms of outlook, though Nasscom has stopped giving any revenue guidance, its CEO Survey for 2020-21 has indicated a better economic growth and increased tech spends. About 97 per cent of the CEOs polled expect global economic growth to be better than 2020 and 71 per cent CEOs expect global technology spend to be significantly higher.


“The year 2020 turned out to be stress test of our resilience. Many analysts were sure that the Indian IT industry will not be able to come out of this, but we have not only recovered but have also managed to stay relevant to our clients and have emerged as bellwether in an economy hit by Covid,” said Nasscom president Debjani Ghosh.


On the back of a strong recovery in the second half of FY21, increased digital focus and tech spending, the overall deal pipeline is at a robust $15 billion, according to the industry lobby group.


Despite the downturn, Indian tech industry continues to be a net hirer with significant focus on digital up-skilling. The industry is expected to add over 138,000 net new hires in FY21, taking the total employee base to 4.47 million. The digital talent pool is expected to cross 1.17 million, growing at 32 per cent over the last year.


The strategic review also pointed out that there has been a 10 per cent shift to outcome-based pricing, with about 4 per cent offshore shift in 2020 against 2019. Nasscom chairman U B Pravin Rao said the hybrid work model was here to stay. “Even today, everyone is working from home. But what we have managed to showcase to clients is that though our worforce are working from home, we have not compromised on security and rather maintained all the parameters. That has given them confidence that work from anywhere can be worked out,” added Rao. The industry body is working on a framework on hybrid workforce including on tax implications for the people working from home.


“Digital transformation is the topmost priority for global corporations and in a highly connected world that will remain largely contactless for an extended period, there are shifts in business models, customer experience, operations, and employee experience,’’ the report said. Up to 28-30 per cent of the industry revenues was recorded for digital.


The Indian domestic market, driven by hardware-led demand, continued to show resilience, growing at 3.4 per cent in the year. With an increased focus on innovation, India witnessed more than 115,000 tech patents filed by companies in India in the last five years.


The industry witnessed 146 M&A deals in 2020, 90 per cent of which were digitally focused. Companies saw a significant rise of 80 per cent in cloud adoption during the first half of this financial year against the second half of the previous year.


Continental Europe and Asia-Pacific (APAC) emerged among the strongest growth geographies in FY21. In terms of sectors, banking and financial (BFSI) and healthcare were among the key growth verticals during the year.