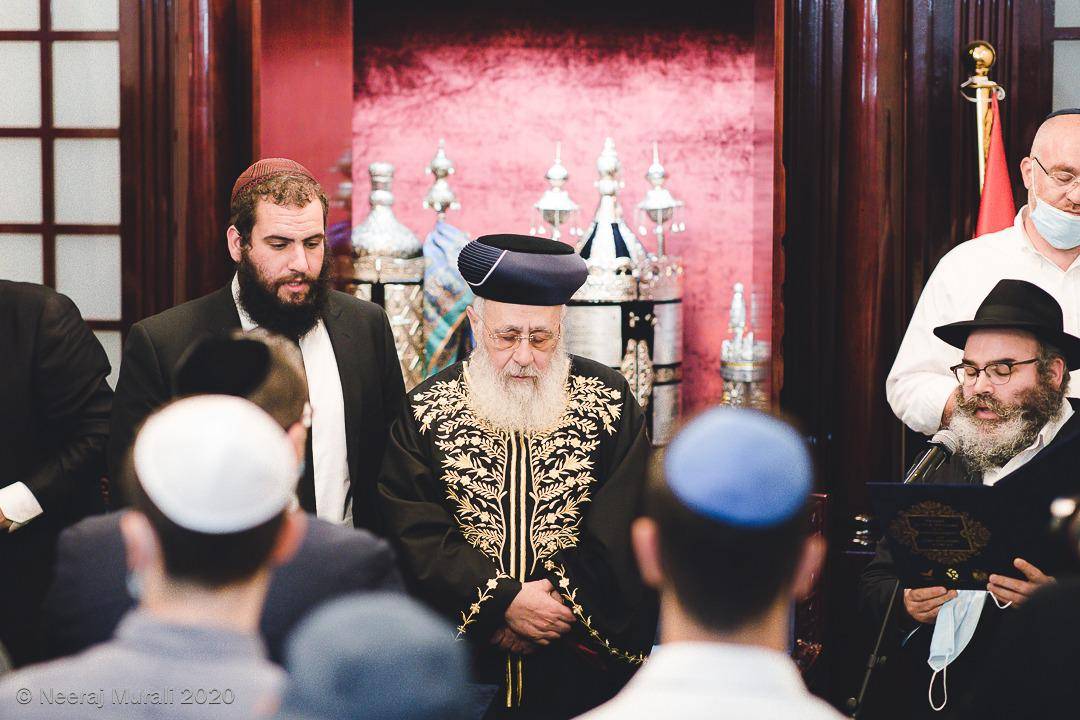 Chief Rabbi Yitzhak Yosef expressed his appreciation to the Emirati royal family and the government.

The bolstering relationship between the UAE and Israel was underpinned at a ceremony on Saturday where the visiting Israel’s Sephardi Chief Rabbi prayed especially to bless the liberal rulers of the country who allow different faiths to be practiced in the UAE.

During the socially distanced ceremony held at the Jewish Community Centre (JCC) in Dubai, Chief Rabbi Yitzhak Yosef expressed his appreciation to the Emirati royal family and the government, for the warm relations, care for the Jewish community and the thriving ties between Israel and the UAE, following the historic Abraham Accords.

After the conclusion of the Sabbath, he said: “The survival of a Jewish community depends on its adherence to Torah values (God’s revealed teaching or guidance for the Jewish people) and Torah learning.”

The ceremony also marked the first certification granted to a synagogue in the Emirates, the Beit Tefillah Synagogue in Abu Dhabi, and invested Rabbi Levi Duchman as rabbi of the Emirati Jewish community.

Lauding the work of Rabbi Duchman, Chief Rabbi Yosef pointed out: “The Jewish community in the Emirates is fortunate to have a rabbi that not only teaches Torah, but is working to grow the community and its institutions.”

Rabbi Duchman thanked him and said: “We are fortunate to have been able to discuss with him the strengthening of the community and its facilities and receive his guidance on a number of issues prevalent to Jewish traditions and customs. We hope to welcome him back very soon and very often.”

The evening was filled with cheer and witnessed the customary ritual involving lighting a special Havdalah candle, blessing a cup of wine and smelling sweet spices.

The brief ceremony – Havdalah (that literally means separation or distinction) – marked the end of Shabbath and the room echoed with Havdalah blessings as attendees collectively recited their dedications in Hebrew.

Excited attendees in the room included Israeli expats in the UAE and Jewish tourists who had travelled to the UAE not just from Israel but from all across the world.

Ron Sarfati, a 17-year-old who had travelled all the way to the UAE from France, said: “I think this accord is brilliant and paves the way for a strong bilateral relationship. Since the past few years, the Jewish community wanted to be friends with the Muslim community here and I think this peace treaty is truly futuristic. This will benefit not only the Jewish community but entire communities living in the emirate.”

Tsahitt Rofe, a marketing professional and Israeli citizen, echoed similar sentiments. He said: “It feels very good to be coming to Dubai. The journey from Israel to Dubai is only three hours. The two countries will now do business together that will benefit people of both the nations. I have seen almost all the major landmarks in the city, including Burj Khalifa. It’s a very safe city and it’s lovely. Many things here are quite different from Israel, but I do see a streak of similarity as well.”

Meanwhile, an old timer in the UAE and a Dubai resident Mark Scolaire averred he is proud to be a part of this historic start.

He pointed out: “I have spent 13 years here. We have always said that Arabic culture and Jewish culture are all the same. It’s only political things that divide us but now with this peace treaty and getting to interact with more Emiratis, we realise the affinity of our cultures. This is bringing everyone together and it’s this unity that we hope will be the same going forward for many years. This is just the start of it and I am filled with pride to participate in all this.”

He added: “I even started learning Hebrew recently. I was completely disconnected from the Jewish community for many years. I have started learning the language and picking up the letters now. This initiative between the two countries has made me a student again, as I am learning new things even about my own culture, while living here in the emirate.”