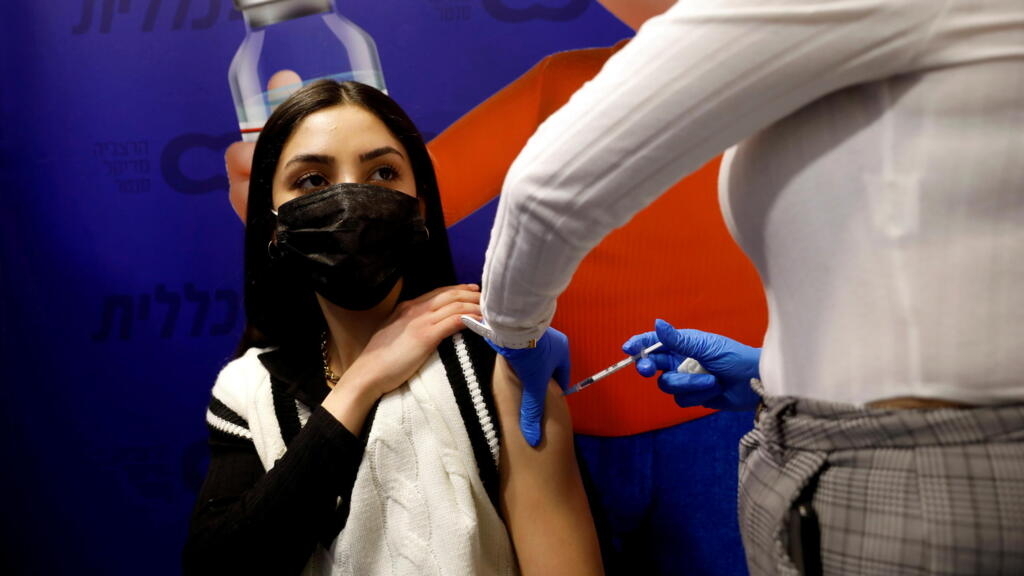 Israel’s largest healthcare provider said Sunday a study of more than half a million fully vaccinated Israelis indicated the Pfizer/BioNTech jab gave 94 percent protection against Covid-19. But the country is stepping up efforts to combat disinformation as pockets of anti-vax sentiment threaten the jab rollout’s success.

Clalit Health Services said that in a groundbreaking project its researchers tested 600,000 subjects who had received the recommended two doses of the US–German Pfizer/BioNTech vaccine and the same number of people who had not been inoculated.

“There was a 94 percent reduction in the rate of symptomatic infection and a 92 percent decrease in the rate of serious illness compared to 600,000 similar (subjects) who were not vaccinated,” Clalit said in a Hebrew-language statement.

“Vaccine efficacy is maintained in all age groups, including those aged 70+,” it added.

The country of 9 million people, which is currently easing restrictions imposed during its third nationwide lockdown, is aiming to vaccinate everyone over the age of 16 by the end of March.

“The publication of preliminary results at this stage is intended to emphasise to the unvaccinated population that the vaccine is highly effective and prevents serious morbidity,” Clalit said Sunday.

It added that the study covered people who had received the second shot at least seven days before being tested, and would be expanded in future.

“With each additional week that passes, we will be able to make the assessment more accurate.”

Accuracy would improve as subjects are tested after 14 days or more from the second dose, it said.

Israel has so far relied on only the Pfizer/BioNTech vaccine, although it holds a small stock of the vaccine developed by US biotech firm Moderna.

Israel secured plentiful supplies of vaccine from Pfizer after striking a data-sharing deal with the US manufacturer.

The agreement stipulates that the Jewish state, which has one of the world’s most sophisticated medical data systems, will share real-time information with Pfizer on the vaccine’s impact, including on progress towards herd immunity.

Clalit is the biggest of Israel’s four health service providers, which collectively provide healthcare to the entire population.

They are directly responsible for vaccinations and collecting data on their impact.

‘Will you get vaccinated with me?’

But in a cause for concern, Israel has seen a drop in rates over the past fortnight. So far in in February, Israel averaged just over 106,000 vaccinations per day, down from January’s daily average of more than 127,000 per day, according to health ministry statistics.

Israel’s health ministry, which is spearheading the vaccination efforts, is employing both warnings and incentives as it tries to persuade reluctant holdouts to get immunised. It has beefed up a digital task force to counter spurious claims about the vaccines. Concerts and museums could soon be off limits to the unvaccinated.

At the same time, authorities are devising incentives for people to get the jab. The health and culture ministries said Sunday that museums, libraries, concert venues and other cultural events will reopen later this month — but only to those who have been fully immunised.

The health ministry is also enlisting dozens of Israeli social media influencers to promote immunisation in concert with its own online video campaign.

One new message released on Valentine’s Day showed a man presenting his girlfriend with a small box appearing to contain an engagement ring. “Will you get vaccinated with me?” he asks, as she opens the box to find a vaccine vial.

“Decide whether you are part of the celebration or whether you will be left behind,” Health Minister Yuli Edelstein declared on Twitter. “Just lend a shoulder to the vaccine.”

The reluctance of some groups in the population to get vaccinated is a key reason why infection rates remain high.

In the case of the ultra-Orthodox, some influential religious leaders have called on their followers not be immunised. Meanwhile, Israel’s Arab minority tends to suffer from a lack of trust in the Jewish leadership. And younger Israelis often think they can’t get seriously ill.

Rabbi Yuval Hacohen Asherov, a popular Jewish preacher with an online following who has stated that germs do not cause diseases, has posted numerous anti-vaccine videos with hundreds of thousands of views. A recent video falsely claimed the Covid-19 vaccine caused death.

“Why run? Why vaccinate now? Let’s do it in another half a year — maybe. Let’s see what happens,” Ashrov said. “Why should the Swiss and Chinese use us as guinea pigs to see what happens?”

The health ministry has asked the justice ministry to try to get Asherov’s videos pulled from YouTube and said that he “endangers the public”.

(FRANCE 24 with REUTERS and AP)