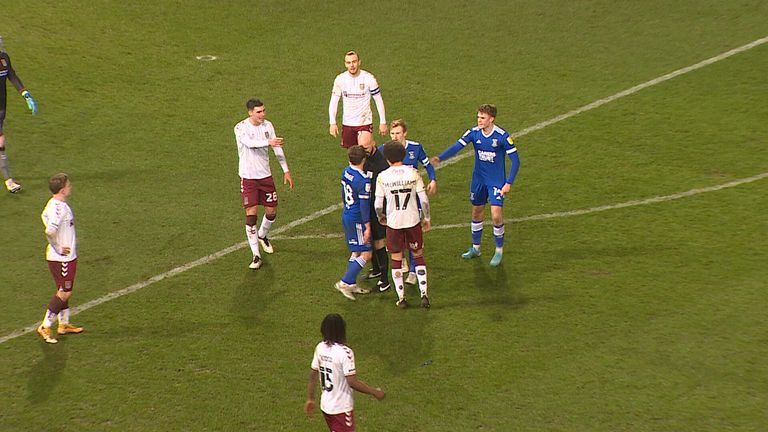 Lowly Northampton defied the odds with a 0-0 draw against Ipswich but will be frustrated that they only came away with one point instead of all three.

It lifted the Cobblers up two places but they remain inside the relegation zone by goal difference. Ipswich, who finished with 10 men, moved up a place to 11th but are four points off the top six.

Ipswich keeper Tomas Holy had to gather a shot from Sam Hoskins and then hack clear after Troy Parrott’s loose pass was seized on by Mark Marshall.

Holy smothered Jack Sowerby’s effort and Luke Matheson blocked an effort by Hoskins while with the half drawing to a close, Peter Kioso hit the post and Marshall pulled his shot wide.

James Norwood, who came on as a 71st-minute replacement for Ipswich, forced Northampton keeper Jonathan Mitchell into his first save of the game and to heap further misery on a woeful Ipswich, Flynn Downes was sent off in stoppage time after getting a second yellow card.