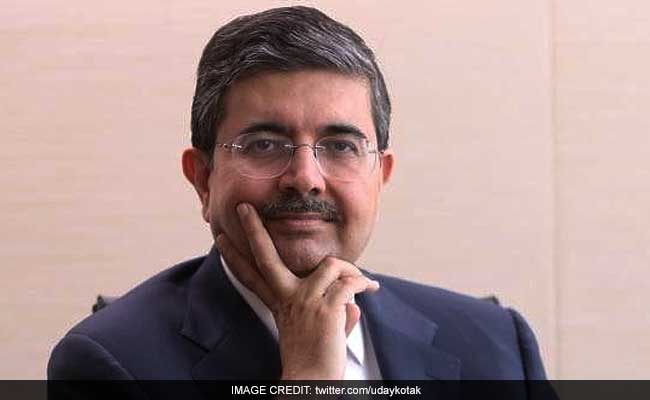 One month after banker Uday Kotak wrote to Prime Minister Narendra Modi as president of the Confederation of Indian Industry (CII), the private sector has still not been involved in Covid vaccinations across the country.

In his January 14 letter to the Prime Minister, Mr Kotak wrote, ”Hospitals [should] be allowed to vaccinate critical patients and paying clients, eventually, for ensuring that the vaccine reaches all in the shortest possible time period, while not diverting resources from the Government’s strategy of beneficiaries.”

A separate CII proposal also accessed by NDTV, says that businesses in the country would gain significantly from the rollout and the private sector could play a pivotal role in enhancing essential supply so more than 80 per cent citizens are covered.

”CII suggests that for ensuring faster rollout and also to provide confidence to workers at the workplace, business enterprises could be permitted to vaccinate their employees as well as assist on rollout for surrounding communities.”

This expenditure, CII adds, should be ”part of the CSR (Corporate Social Responsibility) process to further encourage vaccination.” Involving the private sector, the CII believes, ”would better meet the requirements of a large and diversified country like India.”

The CII estimates that the involvement of the private sector will result in the inoculation of ”an additional 10 crore workers in the formal sector and local communities could have access to the vaccine.”

Such a programme could be a game-changer, industry leaders believe. It would help ”workers to be more productive, consumers to return to markets, and in restoring the economy as a whole. This would supplement and converge with the Government’s programme without detracting from it in any way.”

Though the government has decided to move to vaccinating those above 50 in the next few weeks, there has been no clarity on private sector involvement despite the fact that vaccines such as the Serum Institute of India-manufactured Covishield are not in short-supply in India.

The CII said India’s demographics were very different and a public-private immunization model that was equitable and allowed parity in access – both to the prioritized minority and the exposed majority — would be much more relevant to the country’s needs.

What’s more, India has exported or has distributed Covishield free of charge to at least 24 countries as part of a massive diplomatic outreach programme.  While widely seen as the “pharmacy of the world”, given its massive vaccine manufacturing capabilities, India has strictly governed the rollout of the vaccine to a government-run programme, say industry leaders.

At the moment, 30 crore citizens have been identified as priority recipients of the two vaccines cleared for use in the country — Covaxin by Bharat Biotech and the Serum Institute’s Covishield, the domestic name for the AstraZeneca vaccine developed by Oxford University. The priority group includes three crore healthcare and municipal workers and 27 crore citizens who have co-morbidities such as diabetes, hypertension or other chronic conditions.

Pentagon rethinking how to array forces to focus on China

Indonesian public workers, traders next in line for shots