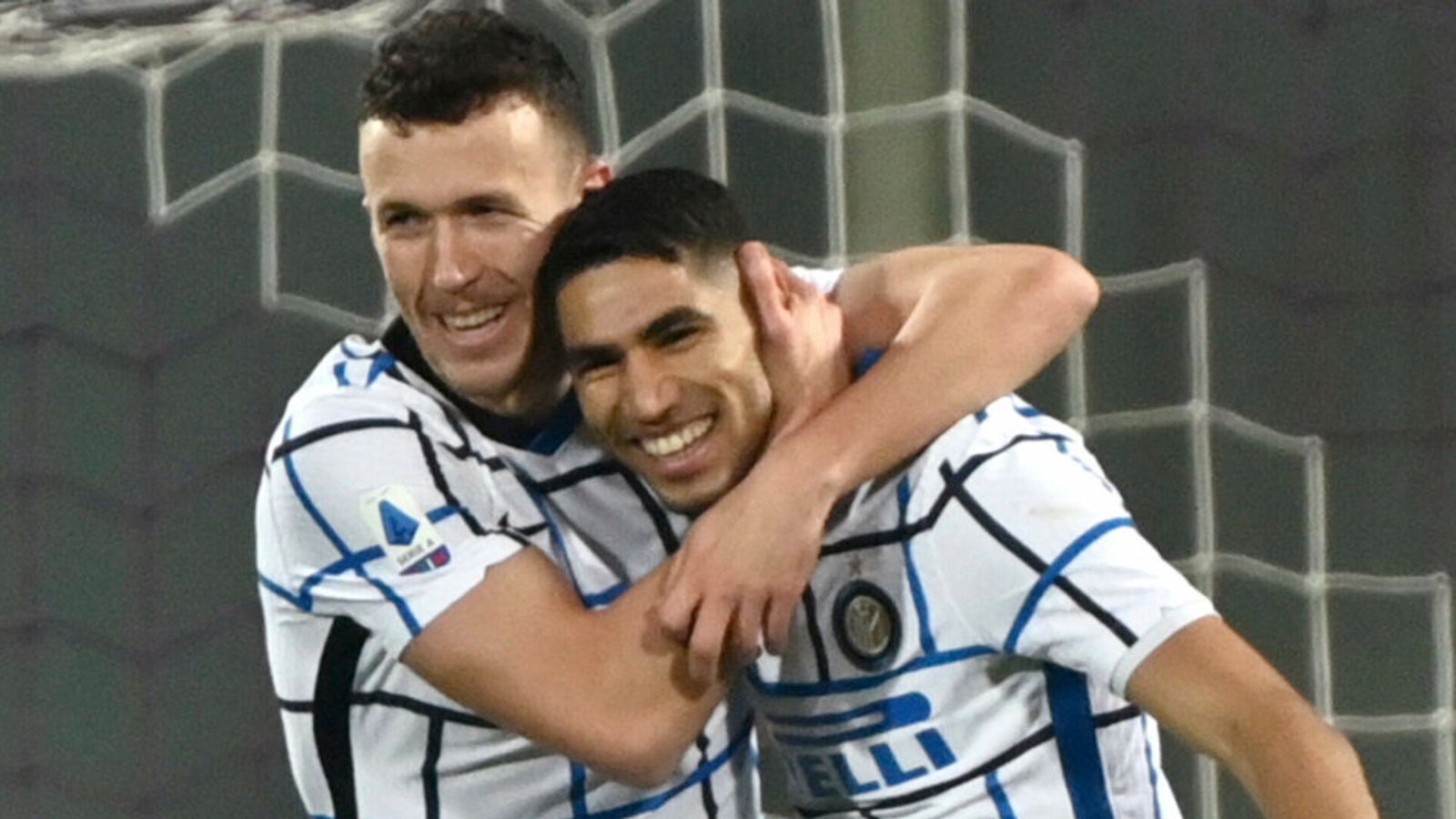 
Inter Milan moved to the top of Serie A after winning 2-0 at Fiorentina on Friday.

Nicol Barella scored a great first-half opener and Ivan Perisic doubled the lead shortly after the break to hand the Nerazzurri their first win in Florence since 2014.

Inter were looking to bounce back from Tuesday’s loss to Juventus in the first leg of the Coppa Italia semi-finals. The second leg is in Turin next week.

Barella curled a brilliant strike into the right side of the net in the 31st minute. That appeared to spark Fiorentina into life, and shortly after, Samir Handanovic pulled off a double save to deny, Giacomo Bonaventura and Cristiano Biraghi.

Romelu Lukaku could have made it 2-0 on the stroke of half-time, but did not connect well with Alexis Sanchez’s cross.

Inter doubled their advantage seven minutes after the interval when Achraf Hakimi cut in from the right and rolled the ball across the area for Perisic to slot in at the far post. Inter missed a chance to extend their lead when Lukaku had a goal ruled out for offside.

Inter move a point above AC Milan, who host bottom-placed Crotone on Sunday.

Bayern Munich were unaffected by heavy snowfall and freezing temperatures as they beat hosts Hertha Berlin 1-0 to go 10 points clear at the top of the Bundesliga on Friday with their fifth consecutive league victory.

Winger Kingsley Coman scored the winner with a deflected shot from the edge of the box in the 21st minute with the ball flying over goalkeeper Rune Jarstein.

It was no easy task for Bayern at Hertha, who are now without a win in their last six league games, but looked far sharper in coach Pal Dardai’s second game in charge.

Hertha’s Dodi Lukebakio came agonisingly close to scoring after three minutes, only to be denied by goalkeeper Manuel Neuer with his foot. The visitors responded with a chance of their own as Leroy Sane’s effort was saved by Jarstein.

Almost ten minutes later, Thomas Mueller fed Coman for the winner as the German became the first player in the league this season with double digits for goals and assists – ten apiece.

Bayern, leaving for sunny Qatar and the Club World Cup later on Friday where they face Egypt’s Al Ahly in the last four, kept up the pressure after the break and Serge Gnabry forced another good save from 36-year-old Jarstein.

The hosts had one last glorious chance to equalise a minute from the end when Matheus Cunha chipped the ball over Neuer but his effort rolled just wide of the goal.

Bayern are now on 48 points, while second-placed RB Leipzig, who travel to bottom side Schalke on Saturday, have 38. Hertha are in 15th place with 17 points.

Alaves striker Joselu scored to help beat Real Valladolid 1-0 and lift his team out of the La Liga relegation zone.

Joselu redirected a low cross by Martin Aguirregabiria just inside the far post for the 66th-minute winner. Lucas Perez started the move when he played Aguirregabiria clear down the flank with a well-placed pass between two defenders.

Alaves jumped into 15th place, pushing Osasuna into the bottom three, and celebrating their first win in seven games and the first under new coach Abelardo Fernandez. Valladolid are in 17th place after a fifth consecutive match without a victory.