To be clear, no one died. It wasn’t a day-darkening, world-ending event…even if I did want to stab the screen with a breakfast fork when Captain Kohli sliced his drive to slip. A total of 36 is a cricketing shocker, but in the larger scheme of things, it is rather less important than your second cousin twice removed coming down with Covid. Pandemics bring perspective.

Technology being what it was in 1974, I heard rather than saw India fold up for 42, the previous lowest score, on the radio. The ‘Summer of 42’ is what college wits called it, after a mildly titillating movie of the same name released a couple of years earlier. Unlike Virat Kohli’s men, one of those vintage losers managed the distinction of double figures: Eknath Solkar made eighteen. He even hit a six. Then, as now, we didn’t lose all ten wickets because our No. 11 was injured.

The psychological difference was that in 1974, we were the poor relations of world cricket, not its paymasters. We didn’t expect to win. Ajit Wadekar had done wonders with his team over the previous three years, defeating West Indies and England in away series in 1971 and then beating England at home, but Indian expectations were shaped by decades of defeat. The Indian team had been hammered in the first Test that summer, so when they collapsed in the second, we were disconsolate but not surprised. Despite three magical spinners-Bishan Bedi, Erapalli Prasanna and Bhagwat Chandrasekhar – and two first-rate batsmen in Sunil Gavaskar and Gundappa Viswanath, a win was always a nice surprise. Post-defeat depression was our default setting.

It was the current pace attack that was the firm foundation of the belief that the Indians had put the bad old days of catastrophic defeat behind them and become better equipped all-weather tourists. Both Wadekar at Lord’s and Kohli at Adelaide had three seamers at their disposal. The difference was that Abid Ali, Solkar and Madan Lal embodied a rare, early Republican ideal of non-violent seam bowling, now quite extinct, whereas Kohli’s trio are genuinely quick bowlers, perfectly capable of hurting the opposition. This, Indian fans feel with some justification, is the difference between Then and Now. 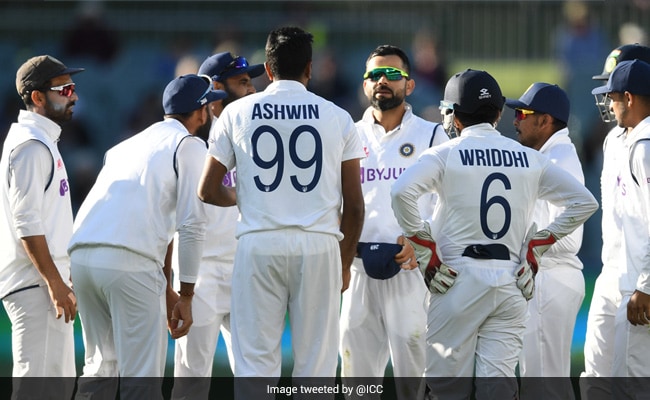 The second day’s play in the Adelaide game seemed to vindicate this belief as Bumrah, Shami and Yadav with some help from Ashwin, hustled the Australians out. Watching Wade and Labuschagne duck and weave was a welcome change for veteran desi spectators, used to wincing vicariously on behalf of wounded desi batsmen. Shami’s injury at the tail end of the Indian innings brought back bad memories, but it’s fair to say that Kohli’s fast bowlers did everything that could have been expected of them – and more. This is, without question, Indian fast bowling’s little golden age.

But there is a reason why 36 is the new 42: the more things change, the more they remain the same. India lost the Adelaide Test because two things about Indian touring sides have remained constant. The first invariable is that Indian batsmen as a unit are bad at dealing with fast bowling away from home. Pujara’s heroics helped us over the line the last time round in Australia and Gavaskar, Tendulkar, Dravid, Laxman and Kohli have all played lone hands in winning and losing causes before, but collectively, touring Indian batting line-ups nearly always fail against competent fast bowling. There is no reason to believe that these tourists are any different.

On the evidence of this match, Shaw isn’t up to the rigours of touring Australia. Their quick men are too fast for his back lift. His opening partner, Agarwal, who has something of the same problem, will probably keep his place in the team for the second Test. Had Rohit Sharma been available for the Boxing Day Test, though, the selectors might have been tempted to field him and KL Rahul as a brand-new opening pair. Hanuma Vihari will keep his place at number six because Shubman Gill will be playing in place of Kohli. There isn’t another squad batsman available for the second Test and given the trauma of 36, the selectors are unlikely to experiment with an all-rounder like Jadeja.

If Rishabh Pant wasn’t a certainty to replace Wriddhiman Saha as the wicketkeeper for the next Test, there would be a case for playing him instead of Vihari as a specialist batsman. It is a genuine mystery why Pant wasn’t picked for the Adelaide Test. He made a quick hundred in a warm-up game before the first Test and if the selectors were picking horses for courses, he scored 350 runs at an average of 58 on the last tour of Australia. Besides adding variety to the line-up as a left-handed batsman, he is, minus the quarantining Rohit Sharma and the failed Shaw, the only attacking Test batsman in a squad of orthodox grafters. If Rahul, Gill and Pant dramatically improve the team’s batting performance in the next Test, the tour selectors will have hard questions to answer about their choices for Adelaide.

The second and more important reason why the Indian team lost the Adelaide Test was its fielding. Indian teams are consistently poor fielding sides, but they are particularly bad in the outfield. Wadekar’s 1974 side had excellent close-in fielders. Wadekar himself was a fine slip and he was backed up by Solkar, a legend at short-leg, who, together with Gavaskar, Vishwanath and Abid Ali, made up a first-rate close cordon. India’s outfielding, though, has always been sloppy and on the evidence of Adelaide, not much has changed. Shaw, Agarwal and Bumrah didn’t just drop straightforward catches, they dropped them like sit-down comics, like sated halvais ambushed by flying gulab jamuns. If Labuschagne and Paine, Australia’s top scorers, had been taken early in their innings, India might have had a lead of 120 and this might have been a different ball game. For the older desi fan, there is a strange comfort to these might-have-beens.

The Indian team heads into Boxing Day down a Test and possibly minus its most accurate fast bowler. At the end of the second day of the Adelaide Test, the future had been a more cheerful place. It had looked, then, as if First Mate Rahane would inherit a winning command. Less than a day later, Captain Kohli takes his leave of a holed vessel, shipping water.

Mukul Kesavan is a writer based in Delhi. His most recent book is ‘Homeless on Google Earth’ (Permanent Black, 2013).