IND vs ENG: Jofra Archer Not Playing 4th Test Due To Elbow Injury, Ben Stokes, Others Have Upset Stomach 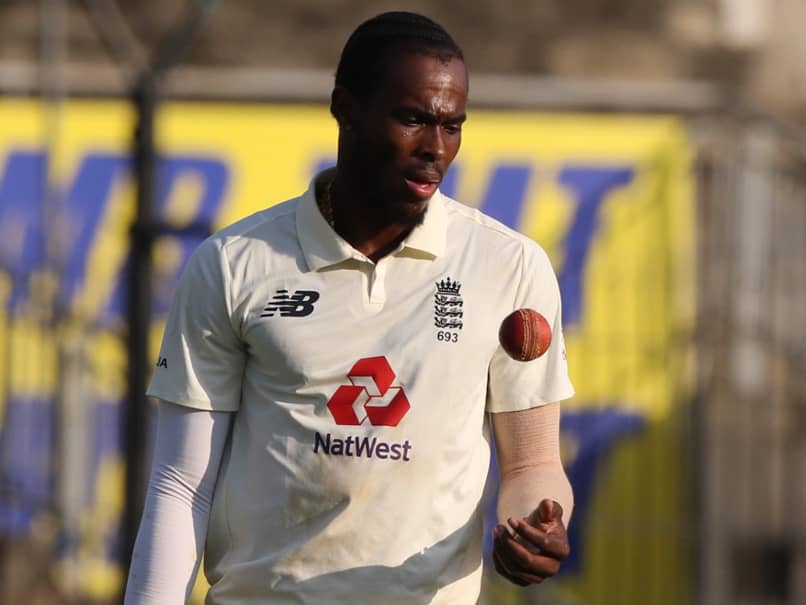 Jofra Archer was not in England’s playing XI for 4th Test due to an elbow injury he suffered earlier.© BCCI


England pacer Jofra Archer was not considered for the fourth Test against India due to a persisting elbow injury and some of the squad members including Ben Stokes also have an upset stomach, the England and Wales Cricket Board (ECB) said on Thursday. Archer had missed the second Test in Chennai due to the same issue. “Jofra Archer is not playing in this Test match due to his ongoing right elbow issue. The ECB medical team will provide an update in due course,” read an update from the England cricket board.

“Ben Stokes has had an upset stomach, the same issue that has affected other members the touring party. It is not expected to keep him off the field,” it said.

Archer returned to play the third Test in which he picked up a wicket.

Stokes made a fine 55 on Day One of the final Test.

Veteran James Anderson is the only frontline pacer in the playing XI. England have conceded a 1-2 lead in the four-match series and are out contention for a place in the World Test Championship final.

Windows 10 spring 2021 update: All the new features and when to download