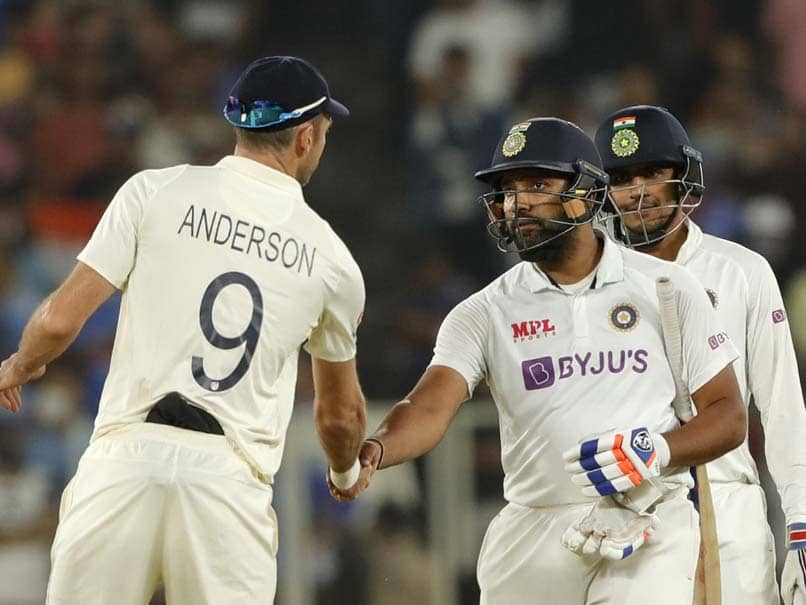 IND vs ENG: India beat England by 10 wickets in the third Test to take 2-1 lead in the series.© BCCI


India knocked England out of contention from the ICC World Test Championship (WTC) final in June with their 10-wicket triumph in the day-night third Test in Ahmedabad which propelled the hosts to the top of the standings. India now have to either win or draw the final game here starting March 4 to claim the right to take on New Zealand at the Lord’s. The Black Caps have already qualified and are placed second in the latest list. “England have dropped to 64.1 percentage points on the points table, which is now led by India with 71 percentage points,” the ICC stated.

“England are out of the race for a place in the final of the ICC World Test Championship after losing the third Test against India in Ahmedabad,” it added.

New Zealand are assured of a place in the final with 70 percentage points.

If India lose the final Test then Australia, who are in third place with 69.2 percentage points, will sneak in to make the final. Before the thumping win here inside two days, India were second in the table.