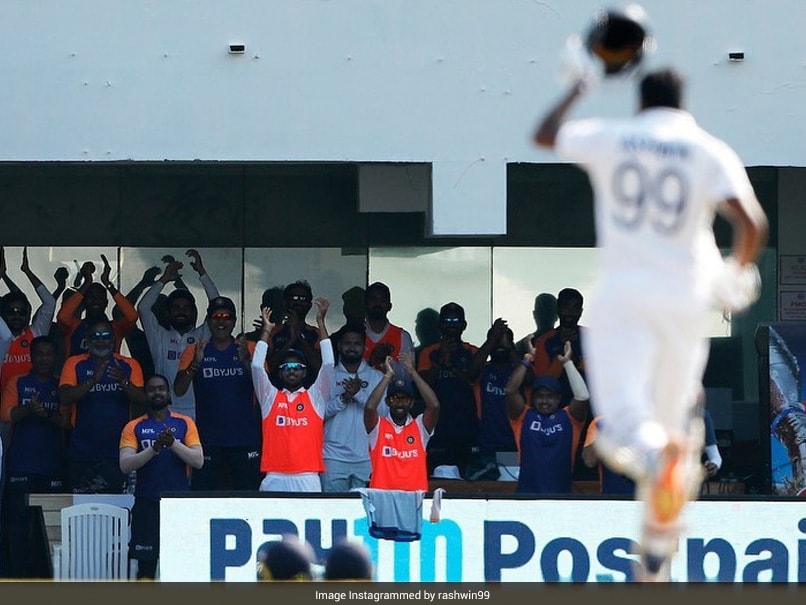 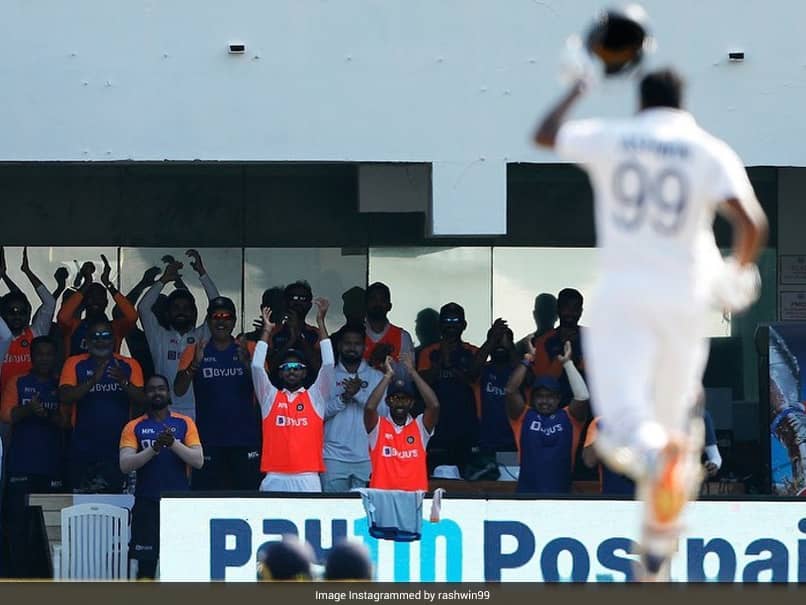 IND vs ENG, 2nd Test: Ravichandran Ashwin made his presence felt with the bat scoring 106.© Instagram


Indian spinner Ravichandran Ashwin took to Instagram on Tuesday, following a triumph against England in the second Test of the ongoing four-match series. “The picture says it all,” read the caption on a post by the cricketer on the social media platform. The post comprised of some pictures from the game, with Ashwin seen in all of them. The hosts emerged victorious by a margin of 317 runs in the game held at the MA Chidambaram Stadium in Chennai. The triumph saw them draw level 1-1 in the four-match series, after a defeat against England by 227 runs in the opening game of the longest format. The opener had similarly been held at the MA Chidambaram Stadium.

Ashwin was named as the Player of the Match, for his impactful performances with both bat and ball in the second Test. The 34-year-old registered a five-wicket haul in England’s first innings, after India were bowled out for 329 in 95.5 overs.

The spinner’s performance helped the hosts dismiss the English batsmen for a total of 134. Ashwin made his presence felt with the bat in the second innings, scoring 106 off 148 deliveries which comprised of 14 boundaries and a six. India posted a total of 286 with none of the other batsmen barring Virat Kohli able to make much of an impact, handing England a target of 482 runs.

Ashwin followed up his ton with three wickets in the second innings, as England failed to cross the 200-run mark in both innings having been bowled out for 164.

Congress Government In Puducherry Slips Into Minority Ahead Of Polls

‘Froth’ concerns linger but stocks hold on to gains