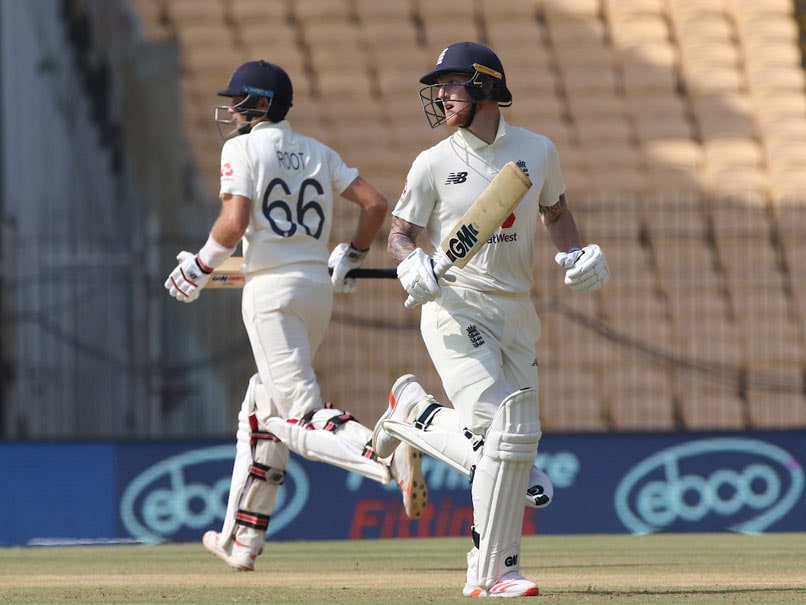 IND vs ENG, 1st Test: Win Will Be Perfect Way To Round Off Joe Root’s “Special” Test, Says Ben Stokes


Joe Root is one of the best batsman in the world, an incredible athlete and above all an inspirational captain, is how England vice-captain Ben Stokes described his skipper on the momentous occasion of his 100th Test match. Insisting that he was privileged to have handed over Root his 100th Test cap, Stokes said a winning start to the four-Test series would be a perfect gift for Root.

“I’ll certainly be doing whatever I can with bat, ball and in the field over the next five days to try and secure the win that we all desperately want in the first Test against India,” he said.

“It would be the perfect way to round off a very special few days for Joe (Root).”

Root continued his red hot form and hit a century against India on his 100th Test here on Friday.

“What a proud thrill it was to be asked to present our captain Joe Root with his 100th cap in a team gathering before the game. These are special moments that you carry with you through your career and it was great to be able to mark the moment with a few heartfelt words,” Stokes wrote in a column for the Guardian.

“For most people, Joe is an incredible athlete, one of the very best batsmen the game has seen, and an inspirational captain and leader.

“But for some he is also just Joe who is a kind and thoughtful person and a down to earth lad from Sheffield who happens to be really good at cricket,” he added.

Describing Root’s down-to-earth, friendly behaviour further, Stokes cited an example when the English skipper stood by his side during a low phase in his life after being involved in a brawl outside a night club in Bristol.

“There was no better example of this for me than a few years ago when I was going through a well documented period in my life that was pretty tough. But even though he had plenty on his plate as England captain and with an Ashes tour to play in, not once did he distance himself from me, quite the opposite,” he said.

“At those times, he wasn’t my captain, he was my friend. It was a time when I didn’t have a huge amount of support from too many people, but Joe had my back so I’ll always hold him in the highest esteem with the way he handled that situation.”

Stokes was referring to his involvement in the nightclub brawl in Bristol in September 2017 in the middle of an ODI series against the West Indies.

That incident led to the all-rounder missing the 2017-18 Ashes and the second Test match against India due to subsequent trial. He also lost his apparel sponsorship with New Balance.

“And that wasn’t just publicly in the media, but in private too. He was going through his own tough time down in Australia but he stayed in constant contact and that meant a huge amount to me,” Stokes said referring to Root’s support.

“It is why in situations where he needs me, I will do anything I can for him. If people wonder why I’d run through a brick wall for him, it is because of this.”

Stokes said he was proud to be Root’s deputy as they make a good team.

“I couldn’t be more proud to be his vice-captain, a position that looked a long way off not too long ago, but even on this issue his loyalty towards me has never wavered,” he said.

“I like to think we make a good team and we have different skills that can hopefully work well to help the team.”

Biden says ‘erratic’ Trump should not have access to security briefings