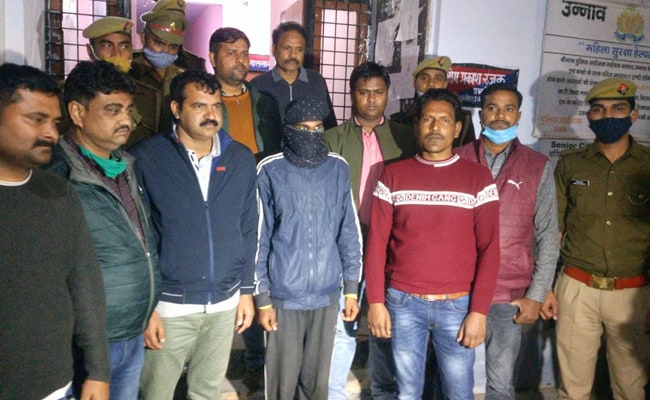 The police said the deaths were linked to a relationship gone sour.

A man and a boy have been taken into custody over the deaths of two girls in Uttar Pradesh’s Unnao on Wednesday.

A massive investigation was launched after three girls aged 16, 15, and 14, all cousins, were found in a field hours after their family realised they were missing. Two of them died in hospital and a third is critical.

The police said the deaths were linked to a relationship gone sour.

The arrested man allegedly wanted to marry the 17-year-old being treated in hospital.

The two grew close last year during the lockdown and used to meet frequently, the police said.

He was upset because she had refused to marry him and or even share her phone number. He allegedly decided to poison her and the teen caught with him helped in the plan.

According to the police, the two went to the field on Wednesday with two bottles of water mixed with pesticide and some snacks. All three girls were working in the field. The man offered the snacks to the girl he had befriended and she asked for water. The police said he gave her the bottle with the poisoned water. Her younger cousins also drank from the other bottle. They all fell unconscious.

The autopsy on Thursday could not establish the cause of the deaths. “The post mortem was done by a panel of doctors and no injury before death or external injuries were found on their bodies,” Uttar Pradesh police chief Hitesh Chandra Awasthy said.

Their viscera were preserved for further probe.

The discovery of the bodies had caused outrage and protests, with the opposition targeting the state’s Yogi Adityanath government for failing to provide safety to women and girls. Congress leader Rahul Gandhi tweeted in Hindi with #UnnaoKiBeti, saying, “It is not just Dalits, but under the UP government has been trampling away on women’s dignity and human rights, too.”

Akhilesh Yadav of the SP tweeted saying, “First it was ‘Hathras’s daughter’, then ‘Badayun’s mother’, and now ‘Unnao’s sisters’.”

Six police teams were formed to investigate the case. A witness who claimed to have seen two men running from the field provided a lead, the police said.