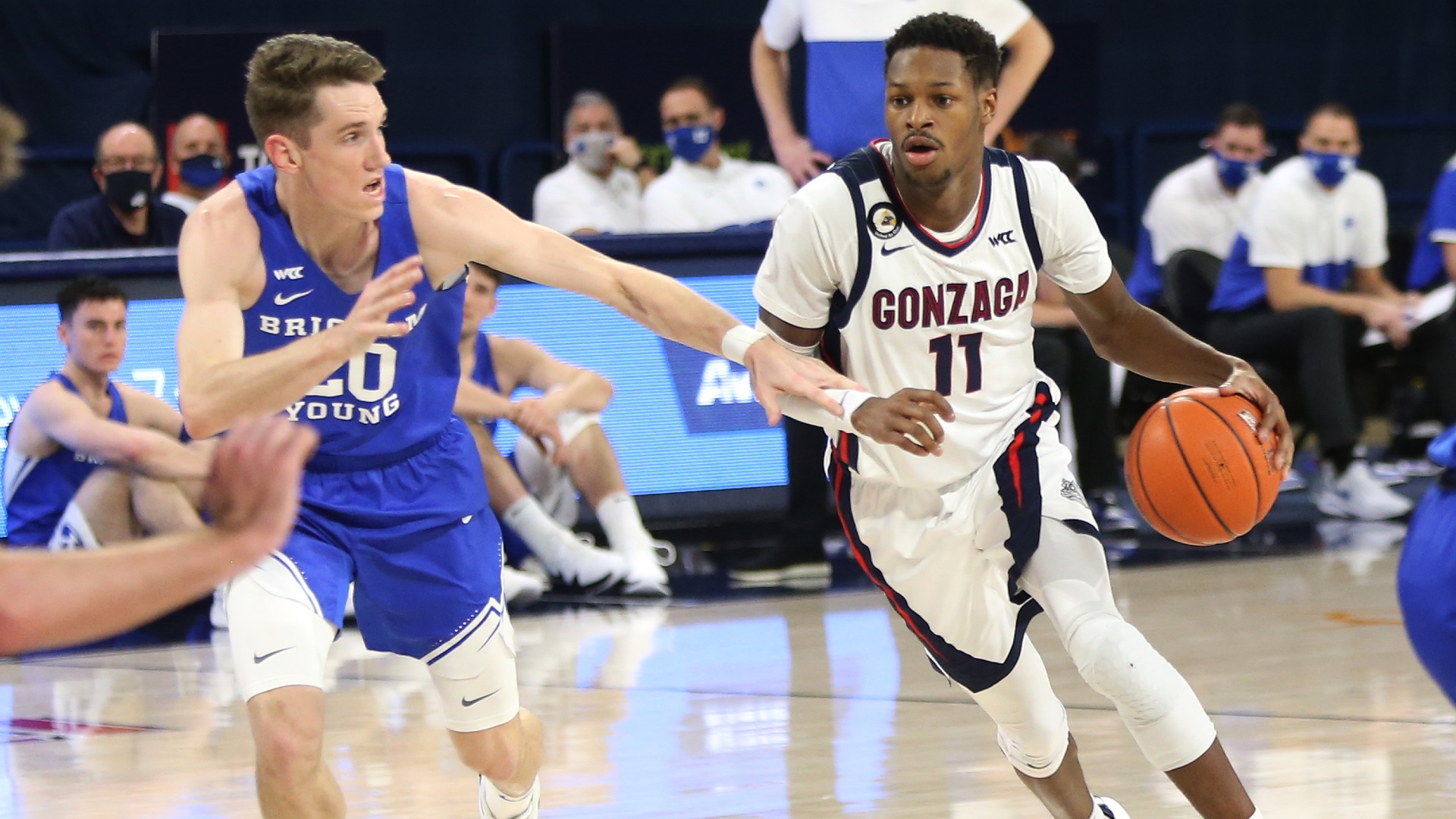 If teams ‘opt out’ of conference tournaments, impact could linger beyond 2021 and COVID-19 When the Houston Cougars complete the navigation of this daunting, circuitous but magnificently successful regular season, there will be little for them to accomplish in the American Athletic Conference championship tournament. Another title, sure. One never can have too many trophies. But the NCAA Tournament will be standing behind that event, beckoning, all the while warning that nothing else good will come from adding to the regular-season title that still is in play despite Thursday’s loss to Wichita State.

Houston could be upset and perhaps drop a seed line in the NCAA bracket. One of the Cougars could be injured. Worst of all, however remote the possibility might be, someone in the team party could encounter a case of COVID-19 that might not have developed back home.

So why would the Cougars bother to play in the AAC Tournament?

“We’re part of the American Athletic Conference,” head coach Kelvin Sampson told reporters Wednesday. “On our schedule, it says at the end of the regular season, the conference tournament starts on Thursday.

“We don’t sit here and say, ‘Well, we think we’ve got a good chance to make the tournament; we don’t want to mess this up.’ Nope. That’s not what it is. We have an obligation to play this conference tournament because we’re part of the conference.”

If everyone in college basketball were to articulate that approach, the discussion would end there.

However, the notion of “opting out” of conference tournaments has been an object of discussion in college hoops for nearly a month, with some coaches acknowledging that they’ve thought about it. And the conversation escalated Tuesday, when columnist John Canzano of The Oregonian in Portland, an excellent reporter well-connected in basketball out West, tweeted that both Gonzaga and BYU “are weighing whether they should opt out of the West Coast Conference basketball tournament.”

Gonzaga and BYU are weighing whether they should opt out of the West Coast Conference basketball tournament.

Nothing in it for either program, except risk of injury, bad loss and infection. They’re both NCAA Tournament bound regardless. WCC ADs are talking about this.

This is a problem for college basketball that has a very real cause and no easy solution, but, depending on how it is handled, could have consequences that linger for years.

In the year 2021, every capable college basketball team faces seven obstacles on the road to an NCAA championship: the standard six opponents that must be defeated in a 68-team bracket, and the COVID-19 pandemic. The first of those is what every coach expects, understands and, indeed, embraces. The second is difficult to anticipate or control.

For teams whose qualification to the NCAA Tournament is obvious, particularly those who are aware that they have an extraordinary chance to excel in this year’s event and were positioned to do well a year ago before that one was canceled, there is an understandable fear regarding what stands between today and March 19, when the first round begins.

“I’m going to look at it through a coach’s eyes for a minute, and I would say this: You, your staff and your players have made tremendous sacrifices since August, or even as far back as when we all got shut down,” ESPN analyst Jimmy Dykes told Sporting News. “You have fought many battles, some we don’t even realize, to get to the point where we’ve made it to the NCAA Tournament, which is the ultimate goal. Then, I think our natural human defense mechanism pops up and says: Don’t do anything that’s going to screw this up.

“I think that is a very real pull on coaches now. I know it is. If you’re on one of those top 3/4 lines right now, the most important thing is we’ve got to get to Indianapolis, and we’re healthy and we’re ready to roll.”

Gonzaga has been to every NCAA Tournament since 1999 and has gone as far as the championship game. It has fielded some tremendous teams. Its 2017 squad made it all the way to the final regular-season game before losing. The 2019 squad featured two top-25 NBA Draft picks. The past four breached the 30-victory mark and advanced at least two NCAA rounds; no other team currently has a Sweet 16 streak as long.

But this is Gonzaga’s best chance ever to win the NCAA title. The Bulldogs are 20-0 and have beaten three of the teams the selection committee designated last weekend as ranking among the top 16 in their bracket preview. Only one team, West Virginia, lost by single digits. The average margin for the Zags’ victims: 20 points.

So it can be understood if everything between now and the NCAAs seems more trouble than it is worth.

MORE: Should .500 teams be allowed in the NCAA Tournament?

However, should any expected tournament entrant choose not to compete in a conference championship that conveys an automatic NCAA bid, it would have a material impact on the composition of the field. That AQ spot could go to a team that otherwise would not make it. As each spot in the field is worth hundreds of thousands of dollars to conferences and their members, there would develop a financial incentive for elite teams to avoid conference tournaments altogether.

One could assert that this is a pandemic-only issue, but the hunger for funds in college athletics is enduring. No one is ascribing that motivation to a current team, but it is prudent to be concerned about the potential for future abuse.

Big Ten Network and Fox Sports analyst Stephen Bardo compares this situation to the NBA All-Star Game, which is being staged this season because it is an important component of the league’s television contract. This is true, as well, for conference tournaments. But in a typical year, these tournaments are also a joyous occasion for their leagues. The ACC understandably is proud of its long tradition. The Big East has made its annual trek to Madison Square Garden one of its marquee features. The Big Ten rapidly grew its championship into a jewel.

“It’s a fascinating situation. On the one hand, I understand programs wanting to opt out,” Bardo said. “On the other, the NCAA, the conferences are doing as much as they possibility can to create safety. I’ve been very impressed. We’re coming to the tail end of a regular season that has been amazing in the way that it has unfolded, the flexibility in which college basketball has been able to operate. The same mindset should be applied to conference tournaments.”

In many cases, it is. The Atlantic 10 will stage its tournament at two venues in Richmond, leading to less intersection among the competing teams. The Big Ten moved its tournament to Lucas Oil Stadium in Indianapolis, a vast venue that can hold multiple courts. Competing in Indy also means those Big Ten teams chosen for the NCAAs only will have to travel from campus once; they’ll go to Indy and stay there until they either are eliminated from the NCAA Tournament or leave with the championship trophy.

Based on comments Thursday from Gonzaga athletic director Mike Roth to The Spokesman-Review of Spokane, this appears to be the Zags’ ultimate goal: a tournament staged in a less-congested environment than Las Vegas. That likely is why BYU became part of the conversation, because the Cougars aren’t such a dead-solid lock to be included in the NCAAs but are the second-most prominent WCC program.

“It’s a daily conversation,” Roth told beat writer Jim Meehan. “If the tournament were to be played right now, our teams would be there representing our university and the WCC and doing everything in our power to win it. That’s about as much of a guarantee as I can give at this point.

“Our players want to play. We want to play games, just like every year, leading into the NCAA Tournament. However, my concern continues to be going to a location where there may be more people around — in hotels and elsewhere — around the players, and the risk that poses.”

Dykes told SN that it is important to consider the voices of the players on this subject, that they should be presented all the variables and issues and asked for input.

“Guys, here are the reasons why we should go, here’s why maybe we shouldn’t, and let’s talk through this,” he said.

The authority of the NCAA men’s basketball committee to affect the potential for team opt-outs is limited for now. The members discussed this issue at length last week, but there would need to be a policy change for them to declare that all qualified teams must participate in championship tournaments — if their leagues stage one — to be eligible for the NCAA Tournament. Some leagues have their own such policies.

It had to suffice that NCAA vice president Dan Gavitt, when asked about opt-outs, said, “The committee encourages that if a tournament is being played, all of those teams that have qualified for that tournament should participate to honor the game.” He went on to mention the efforts of players and coaches to complete this challenging season as well as the value of more games to inform the selection process. But the phrase “honor the game” was well chosen, and most impactful.

“This is what we live for. The conference tournaments have been the best addition to college basketball in the past 30 years,” said Bardo, who reached the Final Four as point guard with the “Flyin’ Illini” in 1989, before the Big Ten introduced its postseason tournament. “It’s riveting competition, riveting television. It’s so special. College bowl season doesn’t come close to the excitement of the conference tournaments.

“It’s a tough situation, because COVID has changed everything.”

Making The Most Of Section 80C On Income Tax Returns