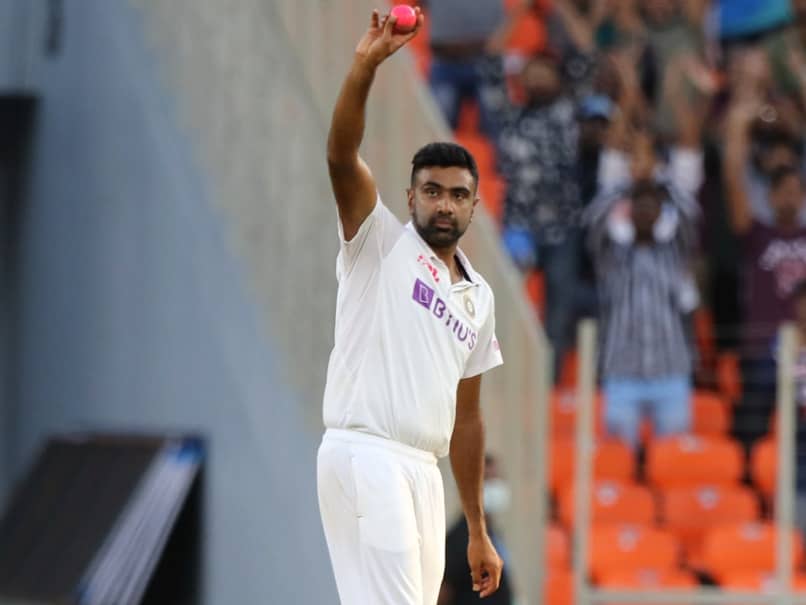 Ravichandran Ashwin broke into the top three in the ICC Test rankings for bowlers.© BCCI


Ravichandran Ashwin, who became the fastest Indian bowler to 400 Test wickets in the third Test against England, climbed four spots to break into the top three of the International Cricket Council (ICC) Test rankings for bowlers on Sunday. Ashwin picked up seven wickets in the Ahmedabad Test that saw him go to the third spot, two points adrift of second placed Neil Wagner. India’s opening batsman Rohit Sharma, who scored the most number of runs in the Day-Night Test between India and England, attained a career-best ranking of 8th in the list for batsmen.

Rohit is now the third Indian batsman along with Virat Kohli and Cheteshwar Pujara in the top 10.

Kane Williamson remains as the top-ranked batsman in the longest format of the game while Australian pacer Pat Cummins is still the number one ranked Test bowler.

Axar Patel, playing just his second Test, picked up five-wicket hauls in both innings of the Ahmedabad Test — a match haul of 11 wickets — and he leapfrogged 30 spots to take 38th position in the rankings for Test bowlers.

James Anderson, who went wicketless in the third Test against India, lost three places and slipped to sixth place in the rankings.

Also, Jasprit Bumrah and Stuart Broad who didn’t get to bowl much on a surface that assisted spinners, dropped one place each on the rankings chart.

The third Test between India and England was a low-scoring encounter that ended inside two days as Day 2 saw 17 wickets tumble with India winning the match by 10 wickets to take 2-1 series lead in the four-game series.

The fourth and final Test will be played at the same venue, starting March 4.