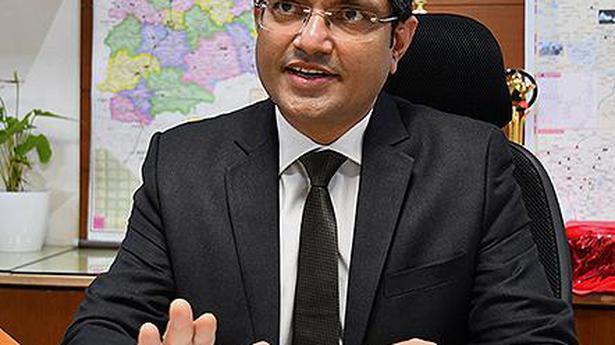 Hyderabad Zone key to PNB’s plans to grow in south

Punjab National Bank (PNB)’s newly-carved Hyderabad Zone, comprising Telangana, Andhra Pradesh and Karnataka, is poised to play a major role as the second largest public sector bank that looks to grow footprint with a focus on the southern and western regions of the country.

Formed in the wake of United Bank of India and Oriental Bank of Commerce’s amalgamation in April with PNB, the Zone has got down to implementing a plan that involves network expansion and seeks to increase penetration in semi-urban and rural areas, as well as garnering more business in certain identified segments, including agriculture and government.

Zonal Manager Ashutosh Choudhury said as part of a detailed plan or PNB 2.0, readied by the bank, some 10-15 out of the 441 branches in the Zone are likely to be rationalised or closed down, primarily because they are located in close proximity. “We will use those licences to open new facilities elsewhere in the zone,” he said in an interaction recently. Additionally, 50 new branches are likely to be set up.

Besides branch rationalisation, integration of IT systems was also expected to be completed by March. The HR and business integration, following the two banks coming into PNB fold, had been completed.

While undertaking branch expansion, the emphasis will be on strengthening presence in semi-urban and rural areas. “Our main presence [now] is either in metros or in urban areas. With the [new branch] licences, we will try to grow our footprint in semi urban and rural areas,” he said. PNB is also keen on on-boarding more customers on its digital banking channels.

Among the 24 zones of PNB, the Hyderabad Zone is the seventh largest with a business of ₹78,757 crore — Deposits of ₹28,340 crore and ₹50,417 crore Advances — as on September 30. On the business front, Mr. Choudhury said building on its strong engagement with Telangana government, especially the substantial disbursements towards the State’s ambitious Kaleshwaram LIP and Mission Bhagiratha project, PNB wants to service government departments and employees’ accounts. It is working closely with AP government and keen on replicating the same in Karnataka, he said.

Towards becoming a preferred bank for any agri-investment proposal in the three states, the bank is liasoning with NABARD. Micro, small and medium enterprises (MSMEs) is another focus segment for the Zone, he said, pointing out how PNB’s new verticals were helping expedite loan approvals, ensuring compliance and reducing turnaround time. On retail loans like home and vehicle loans, he said the Zone will address that too.