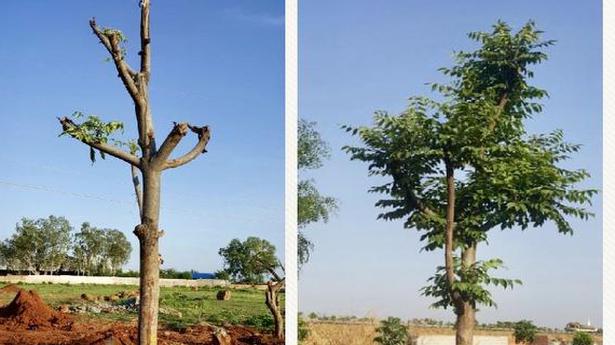 Sixteen trees, a foot over bridge (FOB), and a passion to give trees a new life. That sums up the story of Hyderabad-based Uday Krishna Peddireddi, co-founder of VATA Foundation that has been translocating trees to save Hyderabad’s green cover. 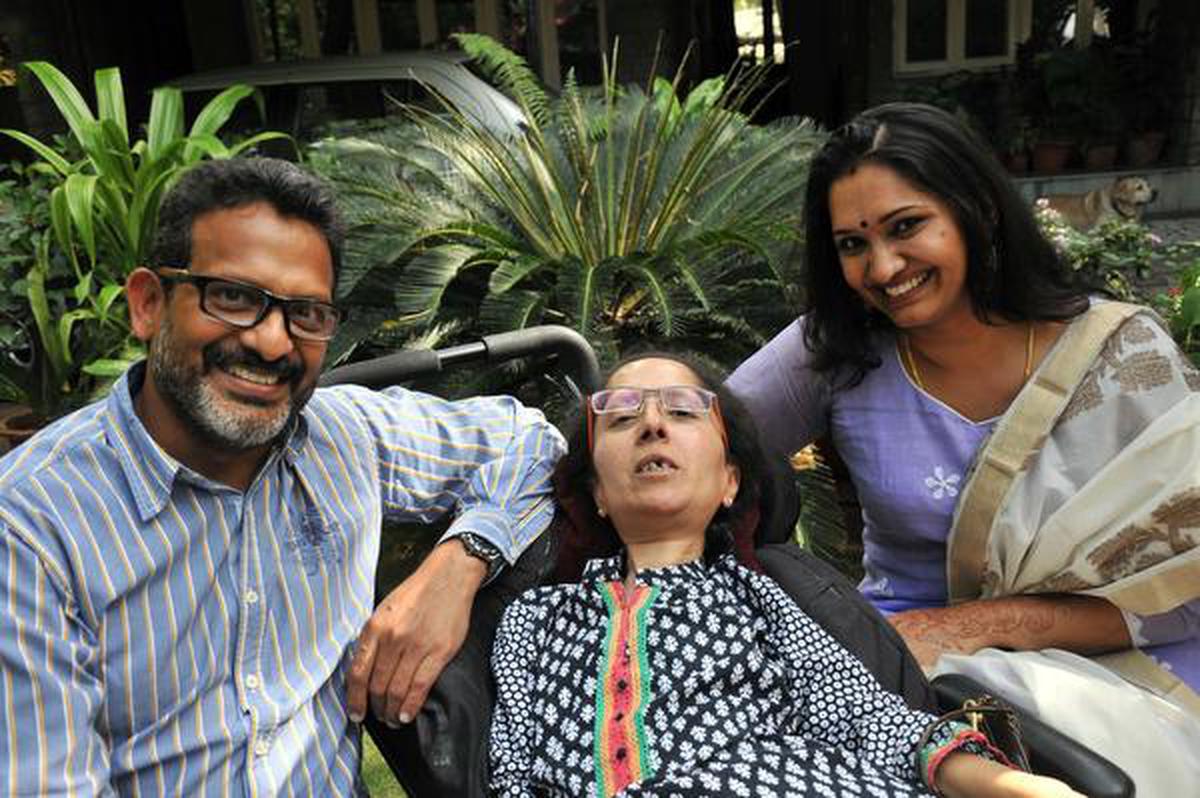 Five years before starting VATA in 2015 along with Jyoti Konda and Sumesha Reddy, Uday had submitted a bid for the project to construct an FOB at Kukatpally for the Greater Hyderabad Municipal Corporation (GHMC). “GHMC had given us permission to cut those trees,” recalls Uday. But when he saw a bylane in that area with absolutely no trees, Uday had what he calls “a wild thought” to translocate the trees there. After a little research online, his team got down to work by cutting each tree from its roots, and transporting it in cranes to a new place. “Thirteen out of the 16 trees survived to make for a happy story,” he shares.

VATA now has 60 volunteers (including 15 core members) from different walks of life. “We keep the focus on what we want to do and not get carried away or bullied by anyone else,” says Uday. Social media has been a big ally in this green drive. Whenever a project comes up, he puts out posts calling for volunteers. “We don’t have a membership drive. Social media messages draw tree lovers. Friends and family help me do this and that in turn spreads awareness, which is a good thing because today we get calls from almost all over India,” he says. The organisation does not take CSR funds; instead, they opt for crowdfunding rather than random donations. With his maternal uncle being a Forest Officer, many of Uday’s childhood summer vacations were spent in a jungle — trekking and learning about birds and trees in Nizamabad. He worked in the US before moving back to Hyderabad in 2000. After a stint in defence manufacturing and advertising, Uday is now into solid waste management and runs a wildlife resort in Tippeshwar, Maharashtra. VATA has also adopted the Tippeshwar Wildlife Sanctuary, and offers services to the Forest Department.

Although none in the team are educated in the field of translocation, they have saved over 2,200 trees since 2010 across Telangana, Maharashtra, Goa and Chennai. “We constantly research on new techniques and learn on ground, but our projects have never had the luxury of time. Once we had only two days to move 98 trees that were 15 years old. This was considered impossible but the trees survived,” he says.

Uday explains the process: “We look for the nearest location so that the tree can be put back into the ground within the shortest time. Survival also depends heavily on the weather.” The best time to translocate is early monsoon, when trees are observed to have 100% survival. 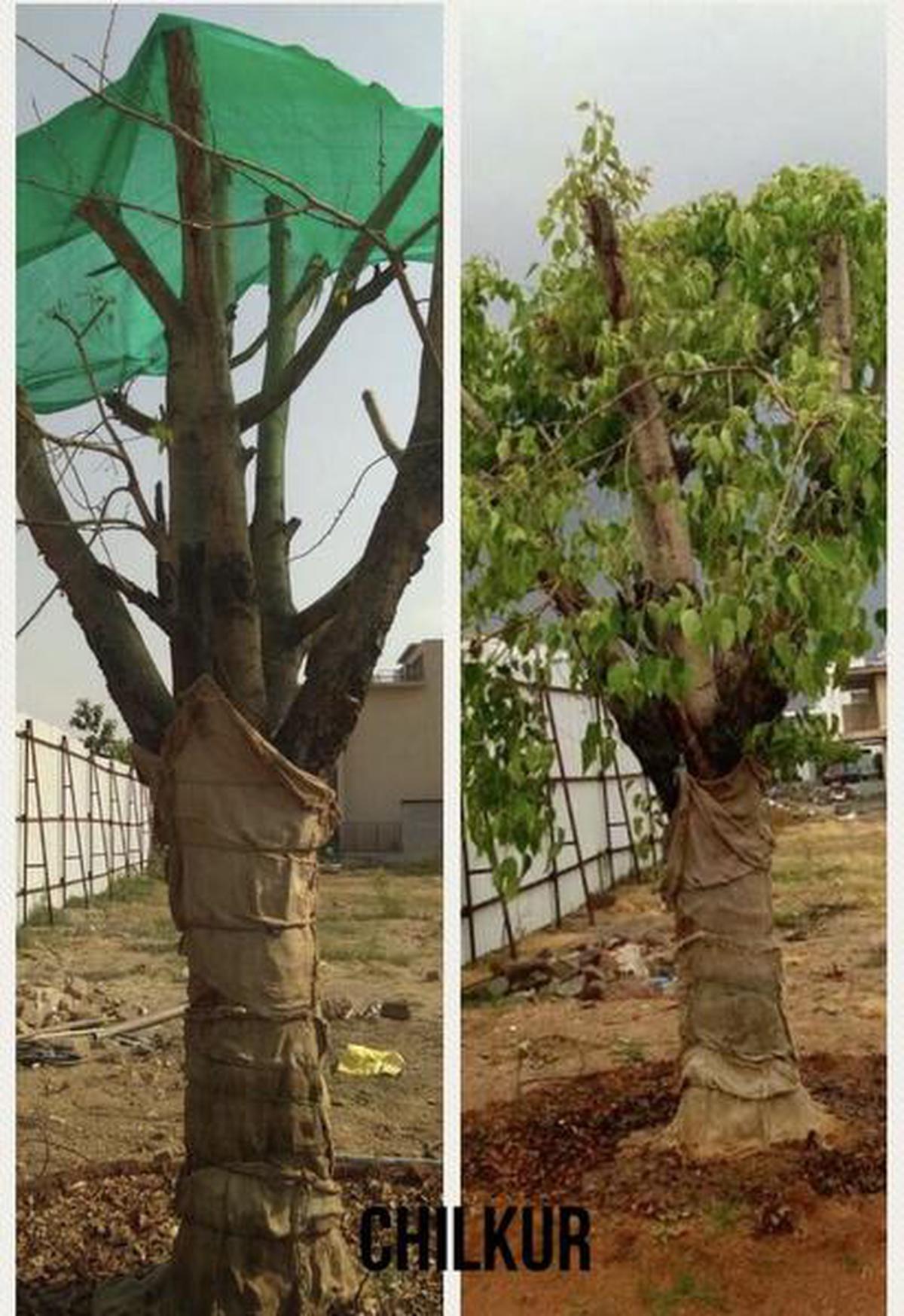 Not having to pay money for commecial translocation of trees could be tipping the scales in Uday’s favour, as the State Government wouldn’t mind if someone moved trees for free. “So, the Government will be forced to look at translocation as an option, and not just felling of trees. But we have to bring it to a point where the Government considers leaving the tree where it is,” he adds.

For example, a proposed flyover near Hyderabad’s KBR Park mooted by the Telangana Government has brought the city’s eco-crusaders together in opposition. More than 1,000 trees would have to be cut to make this flyover. “The Government initiates plantation drives but this is the attitude towards trees that are already fully grown. They want to put a sapling on the ground as they only want the numbers,” he remarks. Currently, he is also working to create a lake for animals at Tippeshwar. He says, “That has been on the wishlist for three years.”