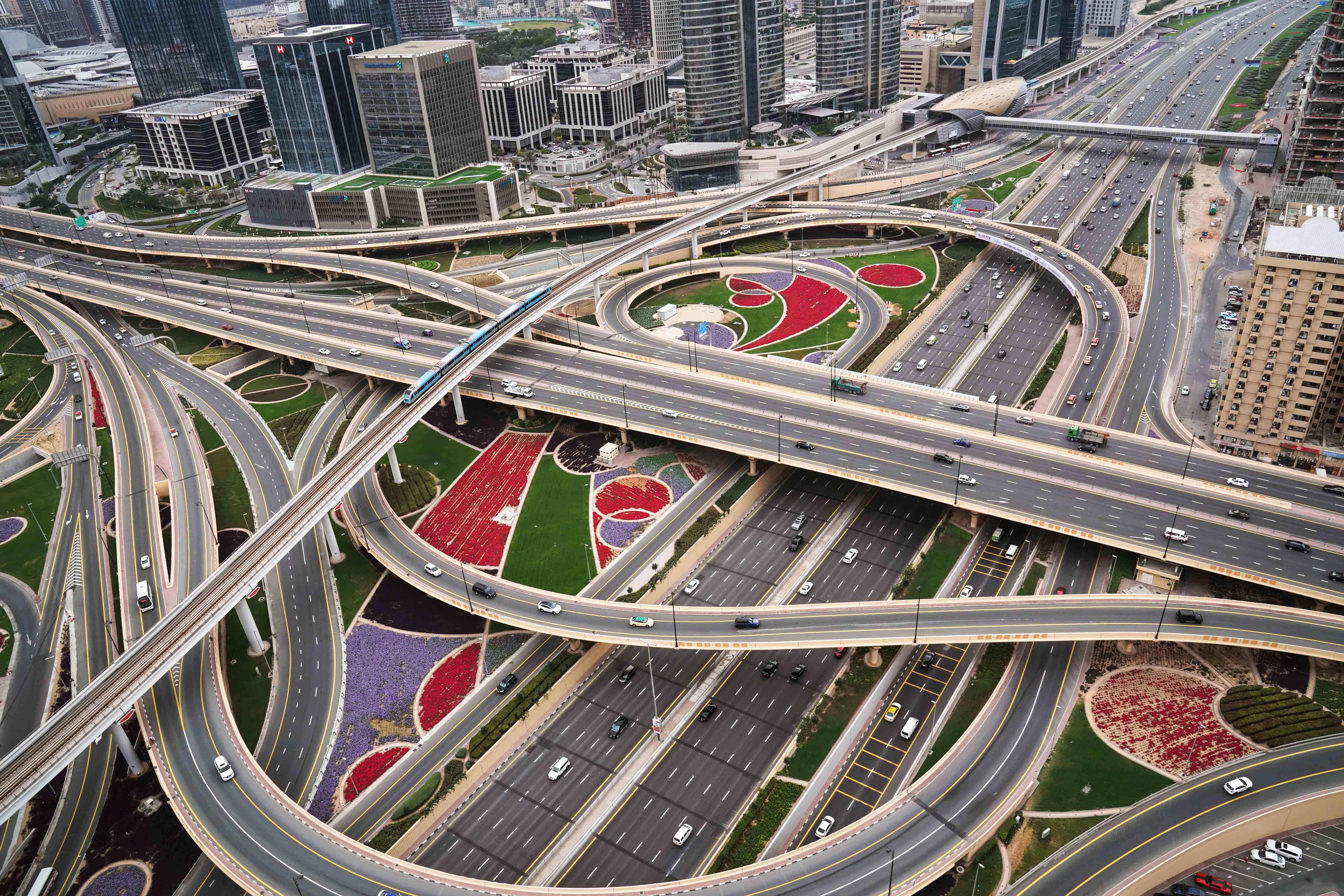 The construction of roads and public transport networks in Dubai not only helped ease traffic congestions, but also resulted in savings for its residents. According to the Roads and Transport Authority (RTA), savings in time and fuel in 2019 amounted to Dh24.42 billion, “which is equivalent to Dh7,400 of savings per resident”.

Mattar Mohammed Al Tayer, Director-General and Chairman of the Board of Executive Directors of the RTA, said the total value of time and fuel wasted in traffic congestions would have reached Dh248.8 billion if the RTA had not undertaken projects.

This came as the authority released a statistical analysis of how new road projects in the emirate have increased traffic safety and reduced congestions and harmful emissions.

Mattar Mohammed Al Tayer, Director-General, Chairman of the Board of Executive Directors of the Roads and Transport Authority: Returns on investment for each dirham on roads and transport projects amounts to AED 4.3 https://t.co/4LdH06hRaq #Dubai pic.twitter.com/IYe5YLCyhd

Traffic fatalities in Dubai decreased from 21.7 per 100,000 population in 2006 to 2.3 in 2019, thanks to the government’s investments in transport infrastructure. The Dh130-billion investments contributed to savings of Dh193.3 billion in terms of time and fuel saved.

“The probability of being involved in a fatal traffic accident in Dubai has decreased by 10 times,” said Al Tayer. “The RTA’s efforts in the field of traffic safety in Dubai from 2007 up to now contributed to limiting the escalating financial losses due to road accidents. The amount of savings from 2007 to 2020 is estimated to be Dh46 billion.”

Carbon dioxide emissions reduced by 661,000 tonnes per annum from 2016 to 2019, the authority said. “(This) is equivalent to a blanket of 39cm in thickness covering the entire urban space of Dubai.”

“Thus, the smaller the index, the lesser is the congestion level. The roads and transport projects accomplished by the RTA … contributed to a TTI of 1.23 in 2019, which is superior to the TTI of 1.33 in 10 metropolitan cities with population numbers similar to Dubai such as Los Angles, Berlin, Montreal, Sydney and Rome.”

Al Tayer said investments in infrastructure are the “main driver of the economy of any city in the world”.

“Earlier, the RTA conducted a benefit-cost study of the Dubai Metro and several road projects in collaboration with a British University. The study found that the rate of benefits to costs of the Dubai Metro reached 1 in 2016. The rate was projected to reach 4.3 in 2030.”

Egypt discovers 100 intact, sealed and painted coffins and a collection of 40 wooden statues in 2020’s biggest archaeological discovery in Egypt.

Many boomers still own too much stock: Fidelity