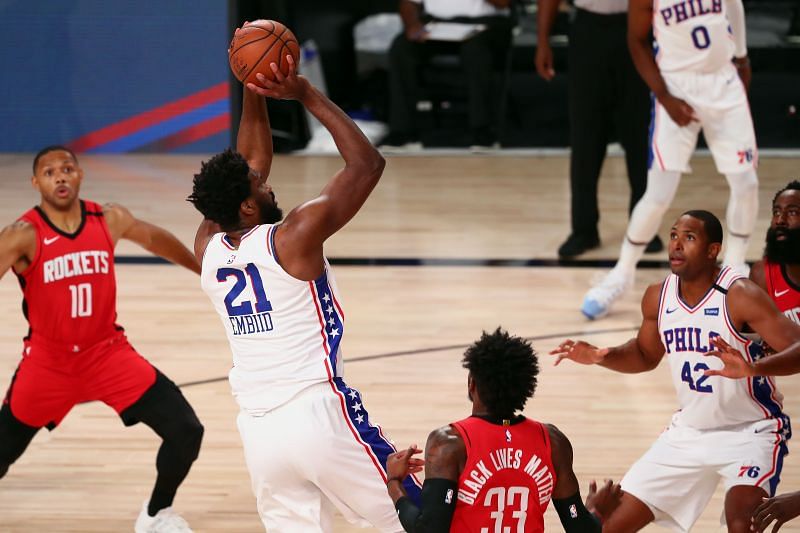 The slumping Houston Rockets are scheduled for a face-off against the sluggish Philadelphia 76ers at the Wells Fargo Center for their first meeting of the 2020-21 NBA season.

The Houston Rockets have dropped six straight games and will enter the contest with an 11-16 record this season. Meanwhile, the Philadelphia 76ers are facing some turbulence with a three-game losing streak ahead of this matchup. However, the 76ers still maintain their top spot in the East with an 18-10 season record. Both sides will be eager to bounce back with a win on Wednesday night.

The Houston Rockets’ worst nightmare has come to life as they have fallen to the bottom end of the conference as the new owners of the second-worst record in the West. However, there is a lot of basketball left to be played this season and the Rockets have the talent to fight back into the top eight teams by putting together a few wins.

The Houston Rockets are coming off a heartbreaking loss to the Washington Wizards in their previous matchup. The Rockets shot an abysmal 21% from the deep as they struggled to sink the long-range trey, going 8 for 37 for the game.

John Wall led the effort with a 29-point performance but was bested by his former teammate and long-time friend Bradley Beal’s 37 points that clinched the win for the Wizards.

The keys to the Houston Rockets’ future lie in the hands of their star point guard John Wall. He was the catalyst that had them surging in the West with an impressive winning streak not so long ago. Wall has the fortitude to withstand the onslaught and could prove to be the difference-maker in the coming weeks.

The Philadelphia 76ers’ struggles with Joel Embiid sitting out have been worrisome for coach Doc Rivers. The 76ers have simply not looked like the top team in the East when Embiid is on the sidelines. The same was seen in their previous outing against the red-hot Utah Jazz, who extended their winning streak by defeating the 76ers to a 134-123 game-time decision.

The Philadelphia 76ers came out strong in the first quarter, dropping 42 points to start things off but cooled off as the game went on. Ben Simmons exploded for a near triple-double with a massive 42-point performance (career-high) in which he also added 12 assists and nine boards en route to their 10th loss of the campaign. They will hope for a better result when they take on the Houston Rockets at home on Wednesday.

Tobias Harris has emerged as one of the best players for the 76ers this season. He is making a case for his first-time All-Star selection with improved numbers across the board. Harris battled hard against the Jazz in their previous outing, scoring a career-high 36 points and gathering 10 boards in 37 minutes from the floor.

In twenty-five games this season, Harris is averaging 20.7 points, 7.4 rebounds, and 3.0 assists on an efficient 52% shooting from the field.

The Houston Rockets are missing Christian Wood’s presence on the floor. Wood had been leading the team with career-high numbers before going out with an ankle injury. Meanwhile, Joel Embiid is set to return to the hardwood after missing out on the previous game against the Jazz. His return could yield better results as the Philadelphia 76ers aim to get back to winning ways against a struggling Houston Rockets side. The 76ers are the favorites to take this one.

Where to watch Rockets vs 76ers?

The game between the Houston Rockets-Philadelphia 76ers will be telecast on ESPN. Local coverage of the game will be available on NBC Sports Philadelphia and AT&T SportsNet Southwest. Fans can also live stream the game via the NBA League Pass.