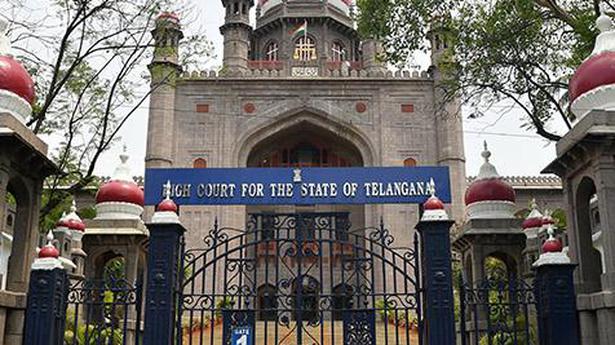 Telangana High Court on Thursday issued notices to State and central governments over a PIL petition seeking implementation of Section 29 of Right to Education Act comprising different provisions, including the introduction of mother tongue as medium of instruction in primary schools. A bench of Chief Justice Hima Kohli and Justice B.Vijaysen Reddy heard the plea and directed both the State and the Centre to file counter affidavits in response to the plea. The CJ, however, expressed disappointment over the petitioner not making private schools as respondents in the plea since he stated that majority of private schools were not following the practice of mother tongue being medium of instruction in elementary education. The petitioner was instructed to include private schools as the respondents.

IND vs ENG: Virat Kohli Sweats It Out Ahead Of 2nd Test. See Pics
India welcomes all efforts at reducing tension in Eastern Ukraine