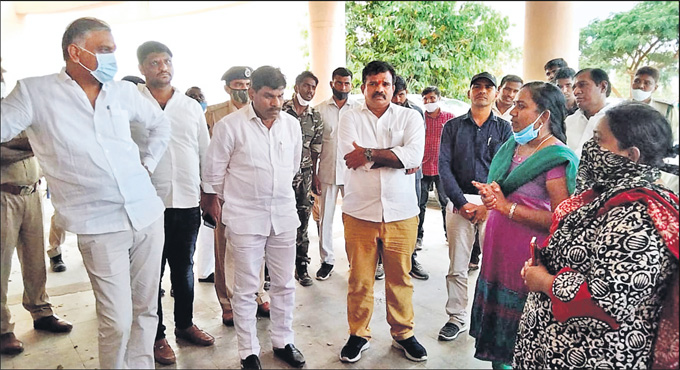 The Minister spoke to Secretary of Social Welfare Residential Schools RS Praveen Kumar and complained that there was no one except a teacher.

Sangareddy: Finance Minister T Harish Rao on Sunday expressed his ire over the lack of preparedness on the part of the management of Social Welfare Residential School in Andole for the opening of the school on Monday. Since nothing was ready at the hostel, Harish Rao, who made a surprise visit to the hostel, asked how they intended to deal with the students once they start coming to the hostel.

The Minister spoke to Secretary of Social Welfare Residential Schools RS Praveen Kumar and complained that there was no one except a teacher. Though the students were expected to turn up at the hostel from Sunday evening onwards, Rao said they were not prepared for it. He asked Praveen Kumar to issue directions to keep everything ready to avoid any inconvenience to the students. He has expressed disappointment over their lack of preparedness despite the numerous review meetings that were conducted.

The hostel remained locked from outside. Except for a couple of teachers, the principal, caretaker, assistant caretaker, chefs were not present at the Residential School. When Rao asked for the keys to inspect the hostel rooms, the teachers told him that the keys were with the assistant caretaker who was not reachable. Zilla Parishad Chairperson P Manjusri, MP BB Patil, MLA Chanti Kranthi Kiran and others were present.