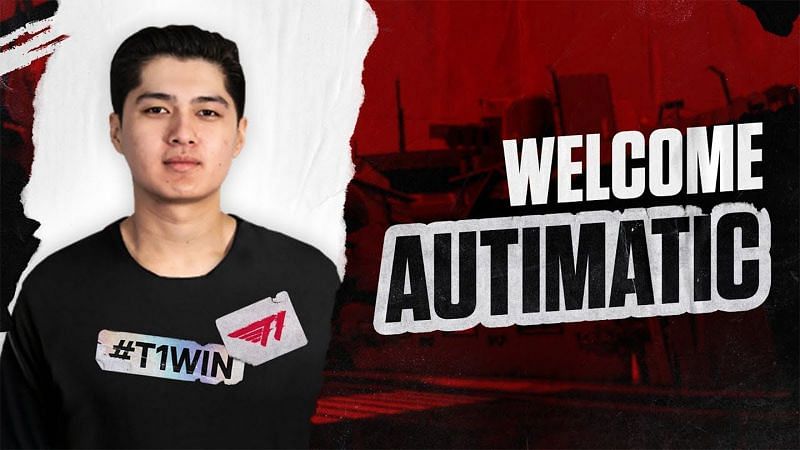 Autimatic is a well-known Counter-Strike player. He has been active since 2012 and played for multiple famed Esports teams. Most notably, he was with Cloud 9 and Gen.G Esports till recently.

In a recent announcement, the gamer officially retired from Counter-Strike: Global Offensive and joined T1 as a Valorant player.

Autimatic’s joining seems to be part of a minor restructure at the T1 Valorant squad. Recently David Denis joined the team as head coach after Daniel “fRoD” Montaner left in January followed by T1 losing to Andbox in the best of 16 round in VALORANT Champions Tour 2021 NA Stage 1 Challengers 1 – Open Qualifier.

In the team’s announcement, Denis clearly stated that T1 aims to win the Valorant Champions Tour 2021. Autimatic’s addition to the roster is part of building a team representative of T1’s capability.

It’s a terrible day for rain😭

Today we say goodbye to @autimaticTV as he’ll be joining @T1‘s Valorant roster. Thank you for always giving it your all since our entry into CSGO, and showing us what it’s like to be a champion. We’ll miss you and wish you the best in your future❤️ pic.twitter.com/l2zEdMYjED

As a part of T1’s Valorant roster, Autimatic has a bright career ahead. Fans are excited to see the T1 with Autimatic succeed under Denis’s guidance in the upcoming Valorant Champion Tour 2021 NA open qualifiers.