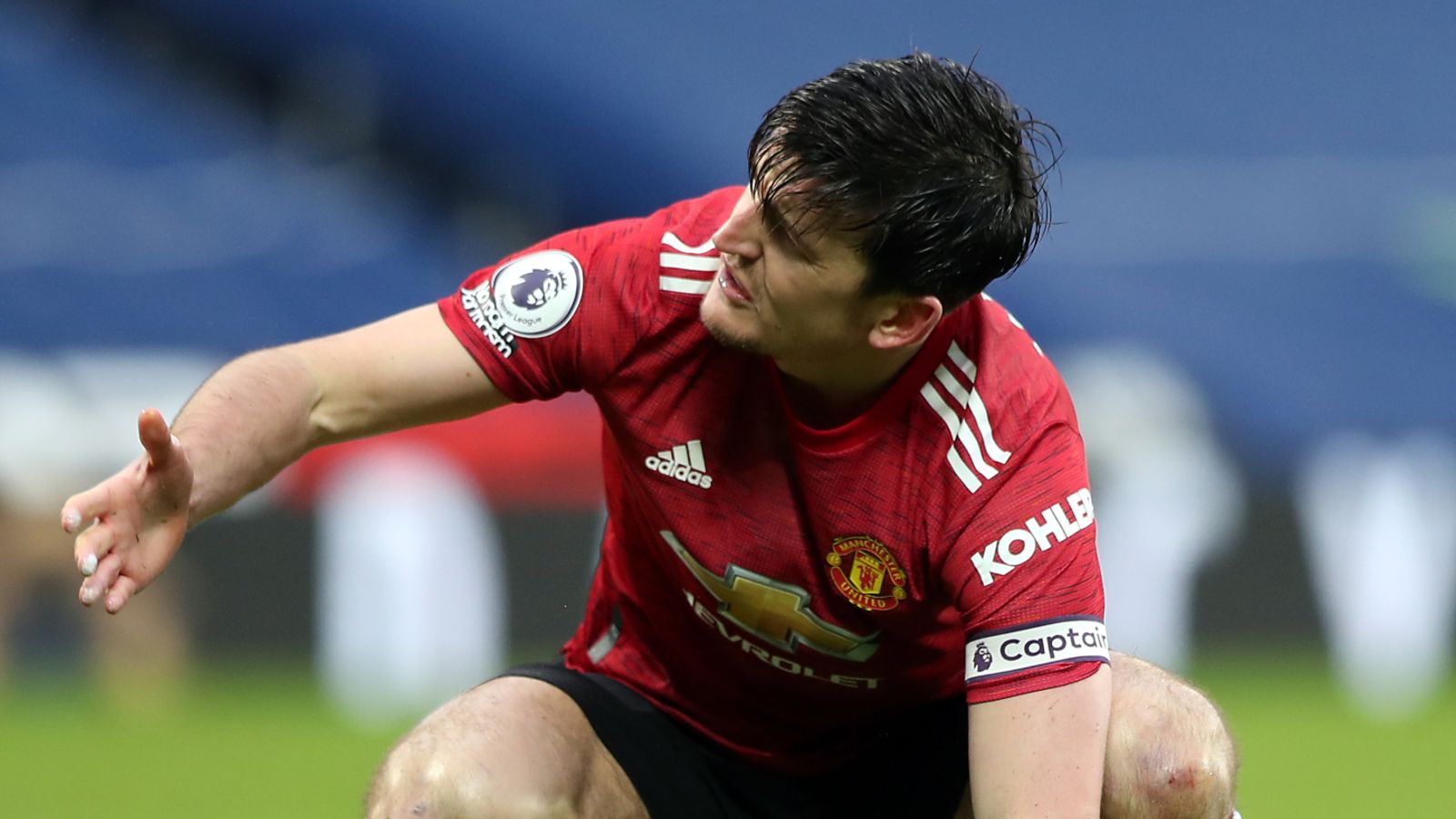 After Victor Lindelof was outmuscled by West Brom’s Mbaye Diagne in Manchester United’s 1-1 draw at the Hawthorns on Sunday, Gary Neville sees it as confirmation of the team’s defensive weaknesses.

“I don’t think the discussions we’re having now are anything new,” Neville told Monday Night Football. “We said at the start of the season that Manchester United needed a centre-back, and that there were question marks over the goalkeeper.

“If you look at the goal against West Brom, it’s not going to take those feelings away. They were taken back into the box with Diagne fighting with Lindelof, and West Brom keep the ball alive. Sam Allardyce will have worked on this all week.

“He’d have worked on positions in wide areas, and both Maguire and Lindelof don’t shift up. They don’t move their feet three, four, five yards. They never do and they have to do it. If they don’t start doing it, they’re never going to get to a point where they’re going to win the league.

“Going back 10 years it was the same – you’ve got to be aggressive in getting out your box. What happens is Lindelof gets pinned. He got pinned by a player who’s stronger than him, who outmuscles him and who bullies him. Once you’re in that position, it’s a nightmare.

“When I played centre-back for United, which would be around 10 to 15 games a season, there was always a game where physically I just couldn’t handle it. I’ve got two goals I can remember which stick in my mind as massive learning experiences.

“The first was against Les Ferdinand [QPR, December 1994]. Les was brilliant in the air and I was like Lindelof yesterday. He got up early and I was trying to fight him but I had no chance.

“The second one I remember was against Alan Shearer at Old Trafford [Newcastle, January 2002]. Shearer knew what he was doing. He has a similar height to Ferdinand, and I think Lindelof finds himself in this position quite a bit where he gets put under pressure like I was with that goal where I wasn’t tight enough.

“Lindelof does struggle aerially, whereas Maguire struggles when the ball is played in behind him and he has someone running at him one-on-one.”

A look at Manchester United’s great centre-back partnerships of Steve Bruce and Gary Pallister in the 1990s and Nemanja Vidic and Rio Ferdinand from the subsequent decade, shows that the pairings had remarkably similar records when playing alongside Peter Schmeichel and Edwin van der Sar respectively.

“If you look at Rio Ferdinand and Nemanja Vidic, they had a midfield in front of them of Paul Scholes, Michael Carrick, Ryan Giggs and Cristiano Ronaldo. There’s not really a defender amongst them.

“When you look at this pair now of Lindelof and Maguire, you could put the 1.8 points per game down to the fact they’re playing in a weaker team, but they concede a goal a game. Even with Fred and Scott McTominay in front of them. They’ve got two defensive midfielders sat right in front of them and they don’t move.

“The key thing is that only one of the last 20 Premier League champions have conceded at least one goal per game. That tells you about these three of De Gea, Lindelof and Maguire. To win titles, that triangle of goalkeeper and two centre-backs need to be as solid as a rock.

“They need to be dominant and these three aren’t dominant. The goalkeeper’s not dominant at the moment, even though I thought he did OK on Sunday, and the two centre-backs are not dominant. They concede too many goals and if you concede one or more goals per game, you’re not going to win a Premier League. Manchester United have to look at that.

“They’re not going to turf Maguire out. They’ve invested £80m, he’s the cornerstone of the defence and the one they will build the defence around. So they need to find a partner for him. It’s got to be someone of the physicality and profile of Eric Bailly. Someone who is quick, good in the air, strong and can cover Maguire one-on-one. But also someone who’s going to get them up the pitch to allow them to play a bit higher.

“The problem Lindelof has got is they’ve invested £80m on Maguire so they’re going to have to put someone alongside him. They both seem to drop back a little bit and you need someone who can get them up the pitch.”