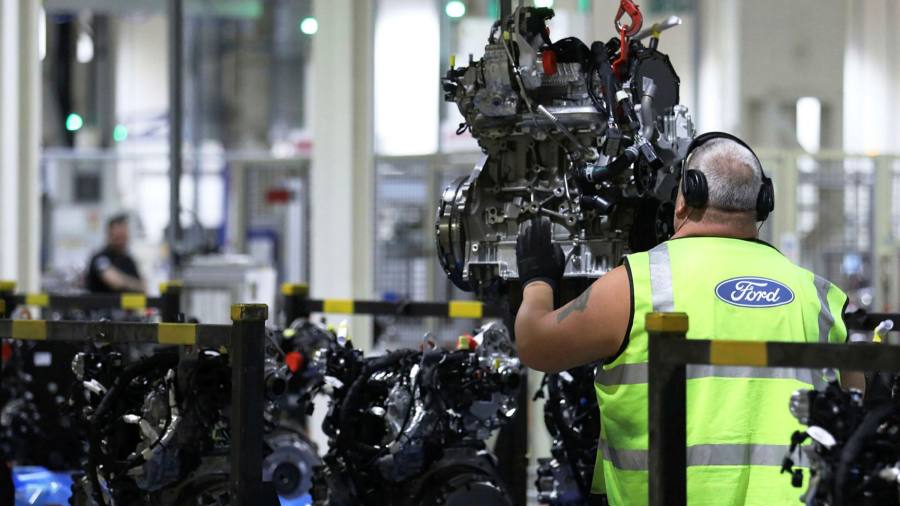 Ford will stop selling cars in the UK and Europe with any form of internal combustion engine by 2030, in the most ambitious regional electrification target of any big manufacturer.

Every passenger car model will have an electric or plug-in hybrid option by 2026, but the company will go 100 per cent electric by the end of the decade, the US carmaker announced on Wednesday.

“We expect the majority of the vehicles will already be battery electric by 2026,” Ford’s European president Stuart Rowley told the FT.

Ford is investing $22bn in electric technology by 2025 globally, and the announcement makes the group the largest carmaker so far to pledge all-electric sales by 2030 in the European region.

Volvo Cars, which is smaller than Ford, expects to be fully electric globally by 2030, while General Motors, which pulled out of Europe in 2017, plans to have all its passenger cars emission-free by 2035.

Ford’s commercial vehicles, which include the Transit van and the Ranger pick-up truck, will have electric and hybrid options on every model by 2024, but do not yet have a final phaseout date for traditional engine sales.

It expects two-thirds of van and pick-up sales to be hybrid or battery-powered by the end of the decade.

Ford’s UK engine plant at Dagenham makes diesel engines that go into the Transit and Ranger, meaning the plant has “a very important road ahead of it,” Rowley said.

All of the manufacturer’s engine sites across Europe will be “part of the transition” to electric, he added, though he did not say whether Ford would make its own batteries in its current plants, or continue to buy them in from suppliers.

Europe is the leading market for electric vehicles, overtaking China last year as the world’s largest plug-in car market, with sales expected to rise further as EU emissions rules tighten during this decade.

One in 10 cars sold last year across Europe and the US were electric or plug-in hybrid, as carmakers ramped up sales to meet 2020 CO2 targets.

The UK has already pledged to phase out all sales of cars using only petrol or diesel by 2030, with a ban on the sale of any vehicles with tailpipe emissions by 2035.

Rowley declined to say when Ford would stop importing its classic muscle car, the Mustang, into Europe but said the model was included in its pledge to phase out sales of cars with engines by 2030.

Ford, which will begin deliveries of the Mustang Mach-E battery car in the region later this quarter, will build its first European battery model in Cologne in Germany from 2023, using electric car technology from Volkswagen.

The pair have a global alliance to reduce costs by sharing some technology on electric and autonomous systems.