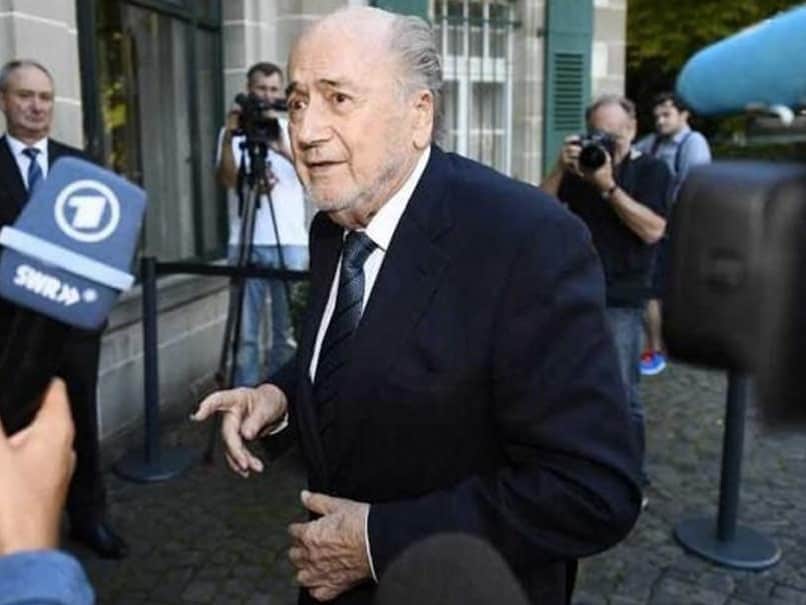 
FIFA has filed a criminal complaint against former president Sepp Blatter over the finances of its loss-making football museum in Zurich. FIFA said on Tuesday it suspected “criminal mismanagement by FIFA‘s former management and companies appointed by them” to work on the museum — long seen as a pet project of Blatter’s — in a renovated and rented city center building. The FIFA World Football Museum opened in 2016 after 140 million dollars of soccer money was spent refurbishing the 1970s office building to also include 34 rental apartments. It was intended to open around May 2015, when Blatter won a fifth presidential election, but was delayed until after he left office under pressure from American and Swiss investigations of international soccer officials.

The museum has made a loss each year, including 50 million dollars in 2016 that included one-off costs, FIFA said then in its financial report. The most recent FIFA accounts for 2019 show almost 3.5 million dollars revenue from the FIFA World Football Museum and 6.3 million dollars costs for “investment and expenses.” There was a record 161,700 visitors at the Zurich building in 2016.

In the 2018 accounts, revenue was almost 4 million dollars against 12 million dollars in spending. The FIFA museum was identified closely with Blatter from the time it was announced in April 2012. His executive committee had already approved 180 million Swiss francs (203 million dollars) for what was being called “Project Libero,” and forecast to attract 300,000 visitors each year.

“It is high time that world football had a meeting place for its millions of fans,” Blatter said then of a museum originally to be built underground next to FIFA’s headquarters on a wooded hillside above the city.

FIFA said on Tuesday files on the museum project would be sent to its ethics investigators. The complaint filed by FIFA against Blatter is the latest act in a busy year in criminal investigations linked to soccer’s governing body.

Several criminal complaints were filed anonymously against Blatter’s successor, Gianni Infantino, and Switzerland’s attorney general, Michael Lauber, about three meetings they had in 2016 and 2017. Lauber was forced from office in the fallout including misleading an oversight panel.

A special prosecutor appointed to examine the meetings recommended this month that Infantino be investigated for using a private jet on FIFA business in 2017.

Rohit Sharma Smashed Joint-Fastest T20I Hundred On This Day In 2017. Watch
Google, Microsoft look to team up with Facebook for legal fight against Israeli company