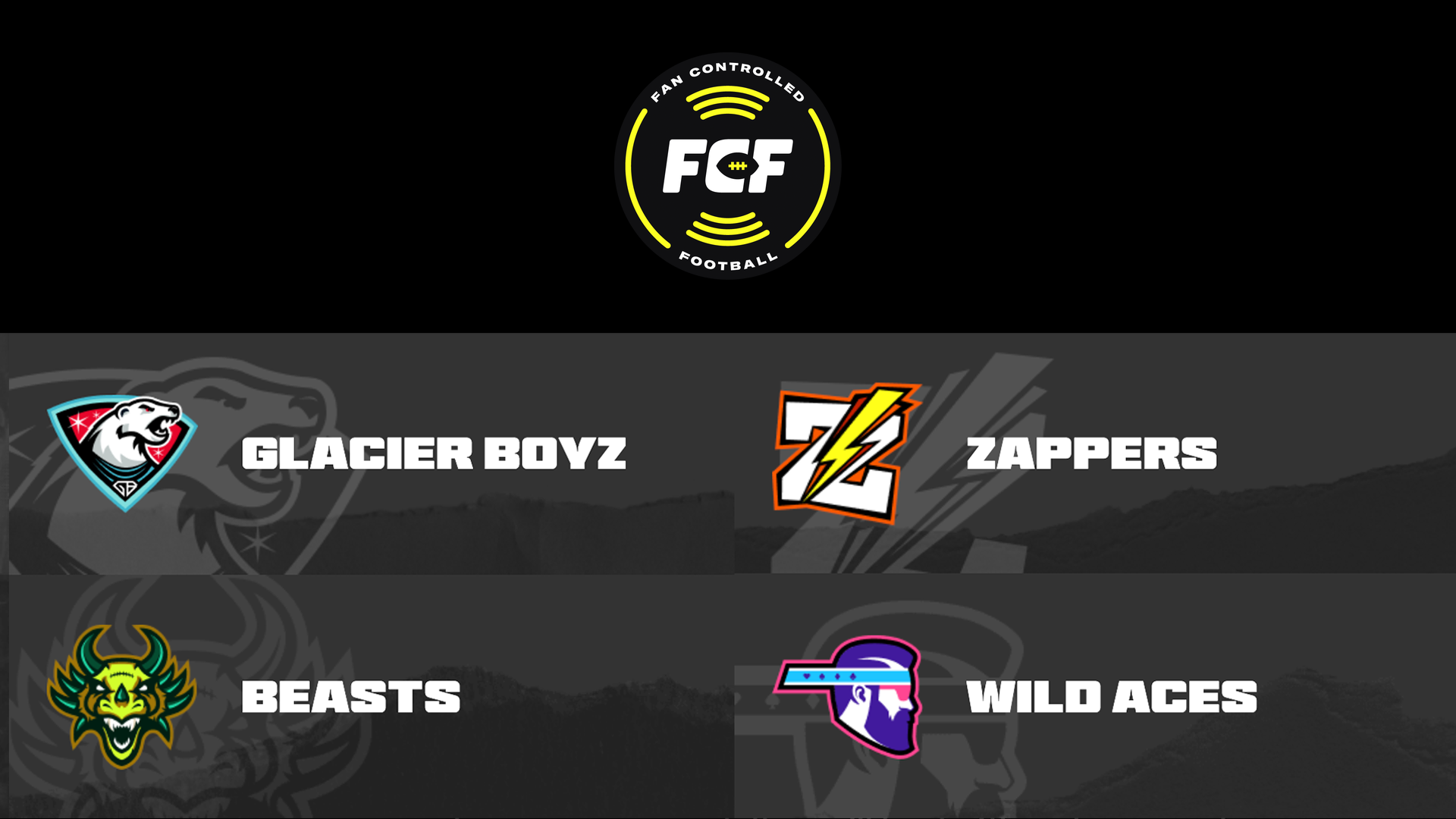 The NFL season just ended with the Bucs winning the Super Bowl, but that doesn’t mean it’s the end of football season.

Just like the previous two years, there’s a new football league starting up in the week after the end of the NFL season. Two years ago it was the Alliance of American Football and last year it was the XFL. Both leagues folded prematurely (for varying reasons), but the Fan Controlled Football League is hoping for success. And considering how different their goals are, there’s a good chance they see that success.

The Fan Controlled Football league is exactly what it sounds like, and probably more than you think. Fans control essentially every aspect of this league. Before the season, the fans voted on rule changes, uniforms, the draft and more. Perhaps the most exciting aspect of this league is the fact the fans get to call the plays on the field as well.

There are a number of changes in this league compared to what you’d typically see in a football league, and we’ll get to that in more detail below.

“We’re building something new and fresh and different, and we felt like if could break away from the mold, it would reset expectations,” FCF CEO Sohrob Farudi said to USA Today. “So they could come up and say, ‘Hey, I’m not going to even compare it to what I watch on Sundays because this is a whole new sport.'”

It truly is a whole new sport. Let’s get into why.

What is Fan Controlled Football?

Fan Controlled Football is a new league that is giving power to the fans, who make essentially every single decision from roster choices to the playcalling. It’s a small league featuring only four teams at the start, but it has some big names behind it. Owners for the teams include football stars Richard Sherman, Marshawn Lynch and Austin Ekeler, rapper Quavo, MLB’s Trevor May, WNBA’s Renee Montgomery, NBA 2K’s Ronnie Singh, and more.

Fan Controlled Football is a new football league aiming for fast-paced action. It’s 7-on-7 football, and it will be played on a 50-yard field. There are two 20 minute halves with a running clock, which only stops when there is a score, or at the 1-minute warning at each half. After the 1-minute warning, the clock will stop following first downs or an incompletion. The aim of the league is to only have games last about an hour.

There are also no kickoffs and no punts. In fact, there aren’t even goal posts. Teams will start on their own 10-yard line and try to drive 40 yards downfield for a score. Instead of a field goal for the extra point, it’s a 1v1 battle between a WR and a DB. The extra point will have fans choose the WR and DB, and will allow 3 seconds for the quarterback to throw the ball. Fans will choose either 1-pt conversion from the 5-yard line or a 2-pt conversion from the 10-yard line.

There are a lot more smaller rules, all of which can be viewed in the league’s official rulebook.

One of the more interesting aspects of this league is the fact teams switch players on a weekly basis. Teams will get two franchise players (selected by team owners) and fans get one keeper after the first game. After that, each player goes back into the pool for a redraft the following Wednesday.

As for who is playing, there were only three names I recognized while going through the league’s website of players. Those three names were Johnny Manziel, Quinton Flowers and Deondre Francois. Manziel is a well-known name at this point. Flowers had some promise in the XFL, and Francois was a star at Florida State.

As we touched on in the players section, there will be a weekly draft to determine where players go. A few elements to know about the draft are that defenses are drafted as an entire group rather than individual players. The offensive line is also selected as a group. It’s somewhat similar to what you’d see in fantasy football drafts. The focus is on the offensive playmakers.

While there is more to it than just clicking a button, we’ll let this explanation from the league itself do the talking:

On Twitch and in the FCF app you’ll see Run or Pass when your team is on offense. Pick one, and you’ll see four diagramed play options. Lock in your favorite, get notified which play won the vote, and watch the play unfold on the field in real-time.

If you’re really good at calling plays (or drafting players), then your FanIQ score goes up. As you hit certain targets, you will level up your FanIQ, and this increases your voting power causing your votes to count for more. So if you’re a truly dedicated fan, you can really make your decisions count if you’re good at it.

How to watch Fan Controlled Football

Fan Controlled Football will be exclusively streamed live on Twitch each weekend. You can watch the games on the channel embedded above.

The Fan Controlled Football league games take place every Saturday and will span over the course of six weeks.

Although there are only four teams, meaning two matchups each week, you won’t be seeing a repeat of the same game over and over again. Because the league has a draft each week, each team will have a new look as the season progresses.

As of now, the league only has the first three weeks of the season up on its website. The league has a simple trend of two games each Saturday — one at 5:00 p.m. ET, and one at 6:00 p.m. ET.

Coaches are expected to make a little more, at least based on information provided in 2019. In job postings, the FCFL said coaches would earn $3,500 per month plus housing and meal plans. Although at that time, the league had anticipated having eight teams. There aren’t too many coaches, considering fans call the shots.

But there is one coach for each of the positions, although not one for each team. And there is a single head coach for all teams — John Jenkins.

What team is Johnny Manziel on?

Johnny Manziel is perhaps the most well-known player in the league. He plays for the Zappers, and he’s been franchise tagged by the team so he’ll remain there for the remainder of the season.

While Manziel is willing to play in this league, don’t expect a return to the NFL. Manziel isn’t interested in some sort of redemption story.

“This isn’t me trying to be a comeback, redemption-type of tour for me to go back and play football anymore moving forward,” Manziel told USA Today. “After I play here, I probably won’t pick up a football again for another year. Two. Or maybe even longer than that. This is just an opportunity that got presented to me to get around a bunch of good guys who I feel like we’ll make great business connections with and I’ll have a lot of fun while I’m doing it.”