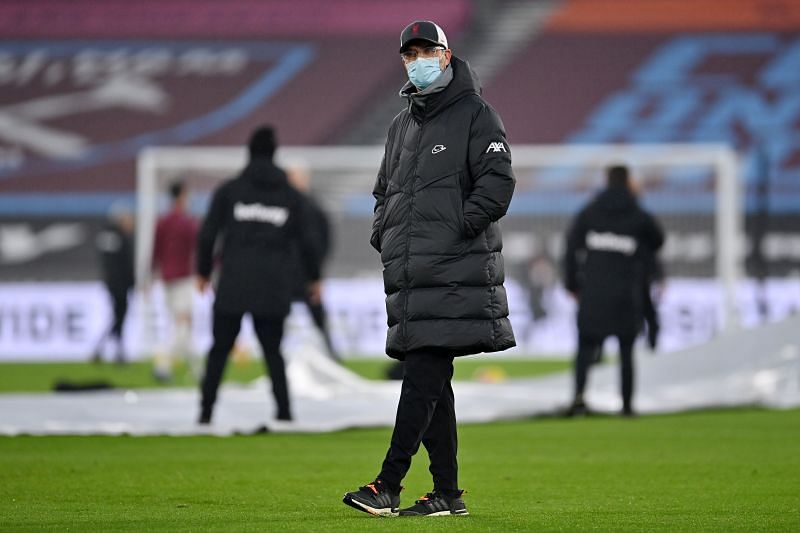 Liverpool manager Jurgen Klopp confirmed that Fabinho could return for the crucial Premier League encounter against leaders Manchester City next month. The Brazilian midfielder picked up an injury before the 3-1 victory against Tottenham Hotspur and is expected to be a massive miss for the reigning champions.

Klopp admitted that while the former Monaco man’s injury is not serious, he is expected to miss 2-3 games due to the congested schedule this season.

“Minor issues nowadays are at least three games. “It depends on the week – it could be four games as well. We have to see “I think the game where Fab could be back is City.”

Liverpool have been desperately unlucky this season and currently have no senior fit defenders after injuries to Joe Gomez, Virgil van Dijk and Joel Matip. Fabinho’s injury summed up their season, with the Brazilian deputizing as a central defender before picking up an injury himself.

When quizzed about Liverpool’s central defensive woes, Klopp revealed that the Reds will try to sign someone before the January transfer window slams shut.

“I don’t know, but we will try. We always try. It would be funny if you thought Liverpool were fine with the situation, that we don’t care or don’t try.”

“We try, but as you know, there’s nothing to say until something happens. We will see.”

“The situation yesterday didn’t make it easier but still we are trying to do the right things. If it’s possible then we will do it. If not, then not.”

Liverpool have been linked with the likes of Issa Diop, Shkodran Mustafi and Aaron Long, as they look to snap up a stop-gap solution in the dying hours of the transfer window. Klopp’s side got their title challenge back on track with a dominant 3-1 victory against Tottenham and will look to put together a string of wins in the coming weeks with a depleted squad.

“Surprising we are an under-performing side in ICC events”