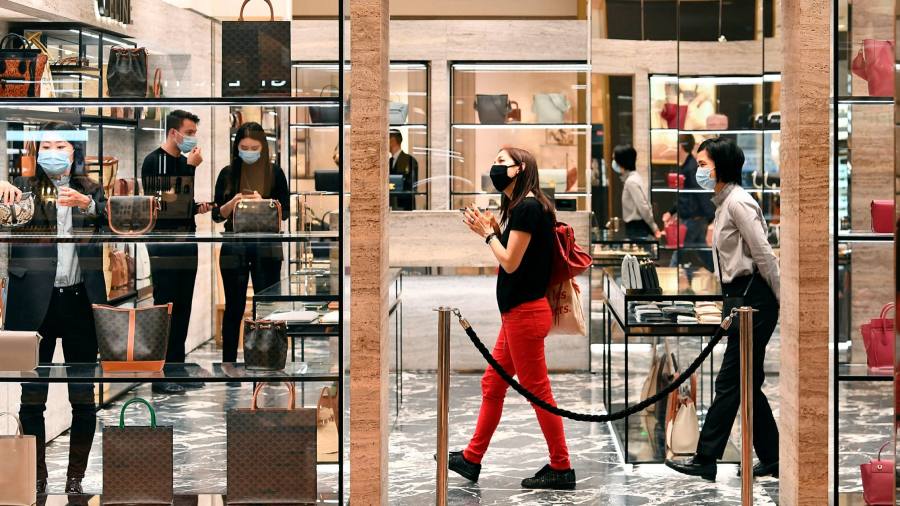 Headline consumer price inflation fell to a four-year low of minus 0.3 per cent in September, below the expectations of economists surveyed by Reuters and down from minus 0.2 per cent in August.

It is the first time the eurozone has had two consecutive months of deflation since 2016, despite the ECB subsequently launching successive bond-buying programmes totalling trillions of euros and cutting interest rates deep into negative territory.

Core inflation, which strips out more volatile prices of energy, food and tobacco, hit a record low of 0.2 per cent in September, down from 0.4 per cent in August and 1 per cent in the same month last year. Most categories of prices fell, including services and industrial goods.

A prolonged period of deflation is considered to be unhealthy for an economy because it can discourage consumers from spending and businesses from investing if they believe prices could be lower in future, while it also transfers wealth from debtors to creditors.

Many economists forecast that the ECB will increase the size of its €1.35tn emergency bond-buying programme in December, when it is due to publish new economic forecasts including its expectations for inflation.

Goldman Sachs analysts this week cut their forecast for 2020 eurozone gross domestic product. They now expect a 7.9 per cent contraction and warned that the recent resurgence in coronavirus infections would cause “a slowdown in near-term momentum”.

The ECB has said that temporary factors are depressing prices, including lower oil prices, a stronger euro and a value added tax cut in Germany. But the latest figures are likely to intensify the pressure on policymakers to inject more monetary stimulus.

Christine Lagarde, ECB president, told the European parliament on Monday that “the sharp drop in economic activity earlier this year has weakened price pressures” and she warned that inflation “is expected to remain negative over the coming months”.

The ECB’s latest forecast is for inflation to rise from 0.3 per cent this year to 1.1 per cent next year and 1.3 per cent in 2022, well below its main price stability target of below but close to 2 per cent. 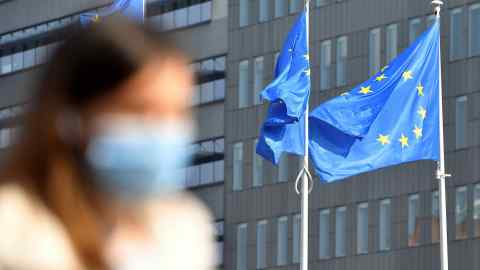 “We had expected the core rate to fall as summer sales extended into September, which is later than usual, pushing down clothing and footwear inflation,” said Jack Allen-Reynolds, economist at Capital Economics.

But Mr Allen-Reynolds said “weak aggregate demand” was likely to keep inflation well below the ECB’s target and meant it was likely to “loosen monetary policy further, perhaps before the end of the year”.

Price growth in services fell to 0.5 per cent in September, down from 1.6 per cent before the pandemic hit in February. Economists said this was driven by tourism-related prices such as airfares, hotel rooms and package holidays falling as travel has declined.

Luis de Guindos, vice-president of the ECB, said this week that many of the factors weighing on inflation were “ephemeral effects” and he forecast that next year there was likely to be “a certain bounceback of the economy that will have a positive impact on inflation”.

“We have not run out of ammunition at all,” said Mr de Guindos. “We extended the [emergency bond-buying] programme until at least mid-2021 and, if necessary, we could adjust and recalibrate it in the future. We have not taken that decision yet. And, in my opinion, it’s not necessary for us to take it immediately.”