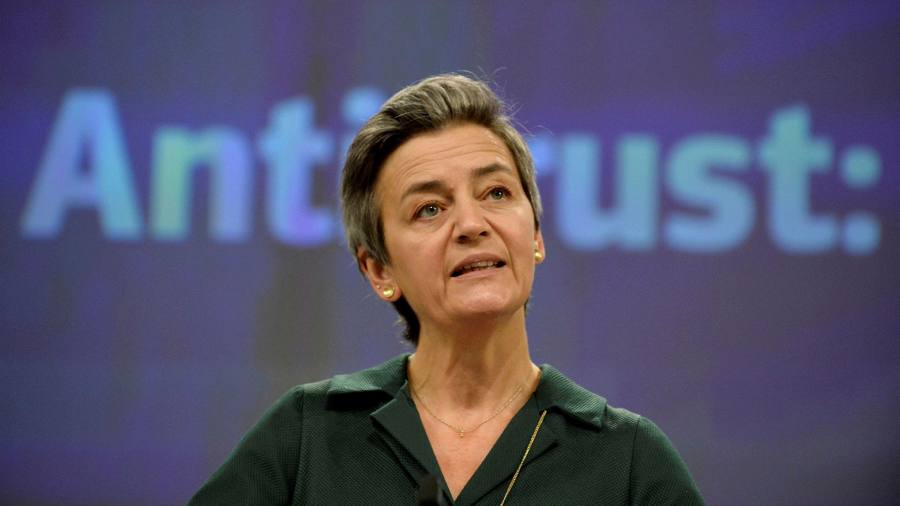 Many competing motives are at work when the EU ramps up its determination to assert control over US internet giants. One is anger that they abuse their market dominance. Another is fear that they threaten the health of Europe’s democracies.

But as often as not, the strongest motivation is the feeling that Europe is falling badly behind in the race to build a 21st-century digital economy and so needs a better digital industrial policy.

The feeling is warranted. Europeans are no laggards in the use of digital technology, but the US and increasingly China have been leading innovation in the tech sector. This should not lead to “Google envy”. To be satisfied with massive high-tech rent extractors and manipulators, so long as they are European ones, would be a poor goal. Instead, the EU should aim to make it easy for its tech innovators to scale up to pan-European level, without stifling the growth of those that come after.

EU tech regulation is moving in the right direction. It rightly focuses on open technology markets, portability and data sharing, and restraints on gatekeepers. All could be reinforced. But there is a risk of confusing ends and means. Even if digital industrial policy needs supportive regulation to succeed, the two main reasons why EU tech companies struggle harder than US competitors to scale up have little to do with the digital sector itself.

One is missing capital. Financing in the EU is dominated by bank loans, which are ill-suited for the entrepreneurial risk involved in tech start-ups and their growth. Markets in risk-taking equity are much shallower and more fragmented than in the US or the UK.

The second is that markets for goods and especially services are still not integrated enough. A US tech start-up that succeeds in its local market can almost effortlessly scale up to continental size. This in turn is a good base from which to conquer the world.

Not so in the EU’s aspirationally named single market. For the most part, this is not because of deficient digital rules. Rather, fragmented “old” markets in Europe make it harder for tech innovators to create new, cheaper ways to deliver, across borders and at scale, music, retail finance, legal services or even direct sales of physical goods.

A strong European tech sector requires solutions to these two non-digital problems. The first requires EU-wide equity markets for businesses of all sizes. The second is best achieved via simple pan-EU regulatory regimes alongside existing national ones, if the latter are hard to harmonise. This would allow more companies to sell their services across the EU from the start.

To pave the way for a thriving European digital economy, deeper capital markets and a fully functioning single market could be complemented by two other elements.

First, a programmable digital euro could be set up. It would open up opportunities for fintech innovators to develop new services around smart contract execution. This could transform insurance, securities trading, clearing and settlement, and a host of consumer-facing services that we can only begin to imagine. The companies that can do this in their home market first will have a global head start. There is a huge first-mover advantage to be snatched.

Second, demand could be boosted for native tech products suited to European conditions and preferences through development prizes, standard-setting, judicious subsidies and public procurement. For example, the EU’s privacy rules have largely been seen as a burden. But this should have been turned into an opportunity for European tech firms to develop user-friendly methods of privacy management. Europe needs a tailored policy to match tech regulations with intelligent standards and specifications for products, alongside public sector purchase commitments or other financial incentives.

Another path to pursue would be “public options” for apps that effectively create marketplaces. Given the controversies around Uber, why not commission a rival ride-hailing app that any European city could voluntarily adopt? It could be designed to plug into local tax, labour and licensing rules, charging only enough to recoup the public funding for its development.

A third case in point: worldwide web inventor Tim Berners-Lee’s Solid project with the Massachusetts Institute of Technology to develop privacy-friendly protocols for the social internet. The EU should aim to fund equally ambitious projects in Europe.

Such challenges are about preparing the old economy to make the most of what new technology can bring. Paradoxically, Europe’s digital success depends on upping its analogue game.