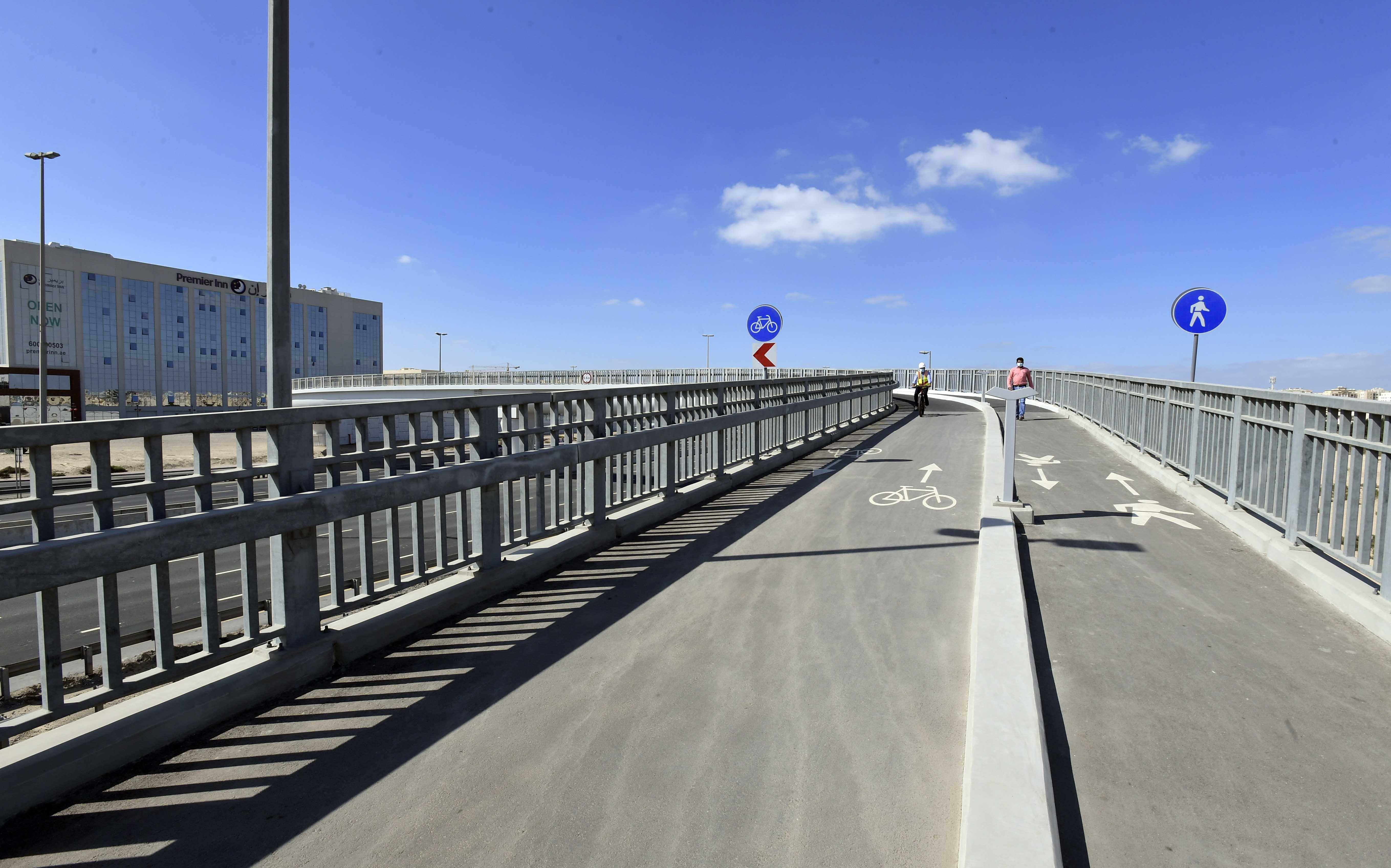 Dubai’s Roads and Transport Authority (RTA) has announced the completion of a 475-metre bridge for pedestrians and cyclists crossing over Ras Al Khor Road (Dubai-Hatta).

The bridge has a width of 5 metres – 3 metres for bikers and 2 metres for pedestrians. It is fitted with rails between the lanes and on both sides.

The bridge links the International City and Al Warqaa and eases the mobility of pedestrians between the two sides of the Ras Al Khor Road.

It also links the cycling tracks from Al Khawaneej, Mushrif and Al Warqaa with International City and Dragon Mart.

Mattar Mohammed Al Tayer, Director-General and Chairman of the Board of Executive Directors of the RTA, said: “The RTA constructed this bridge in response to the directives of Sheikh Hamdan bin Mohammed bin Rashid Al Maktoum, Dubai Crown Prince, to make Dubai a bicycle-friendly city.”

The new bridge has a steel and concrete structure that required the transportation of 370 tonnes of structural steel to the site in four pieces.

A reinforced concrete layer was then placed on the upper deck of the bridge. The bridge is built on three concrete pillars and connects with ascending and descending slopes on both sides extending about 180 metres.

“It is fitted with slip-resisting flooring and subdued decorative lighting. It has metal railings on both sides for the safety of pedestrians and cyclists,” explained Al Tayer.

The RTA plans to construct 31 additional footbridges between 2021 and 2026.

“The RTA’s efforts to improve pedestrians safety contributed to reducing fatalities in Dubai by as much as 81 per cent between 2007 and 2020,” said Al Tayer.

The total length of cycling tracks constructed in Dubai till the end of 2020 is 425km. The RTA plans to increase tracks to 668km by 2025.

The RTA has set a speed limit of 30km/h for bicycles on dedicated tracks, and 20 km/h on tracks shared with pedestrians.

Emma Watson made out of 5 shades of cardboard, glue and an X-ACTO knife!