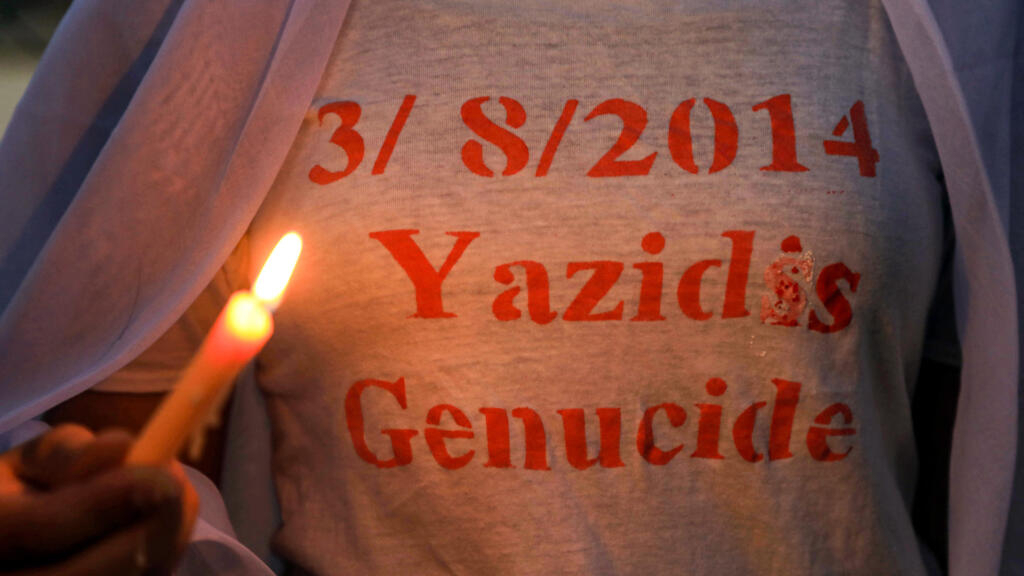 The bodies of Yazidis found in mass graves left by the Islamic State group in the village of Kocho in northern Iraq are being examined by forensic scientists in Baghdad. By identifying the victims and establishing the causes of death, doctors hope to bring closure to their families. FRANCE 24’s Jack Hewson reports from northern Iraq.

At the Forensic Institute of Baghdad, bodies exhumed from 17 mass graves left by the Islamic State (IS) group around the village of Kocho are being examined. Doctors aim to identify the Yazidi victims and establish the causes of death.

“With a living person you can use the profile of their eyes or their fingers, but in mass graves where people have been buried for more than a year the only method is to identify this person is using DNA,” Dr. Mohammed Ihsan, Head of the Anthropology Department of the Baghdad Forensic Institute told FRANCE 24.

More than 500 bodies have been analysed in recent years, of which 104 have been identified. Most of these victims were women, children and the elderly.

Click on the player above to watch the report in full.