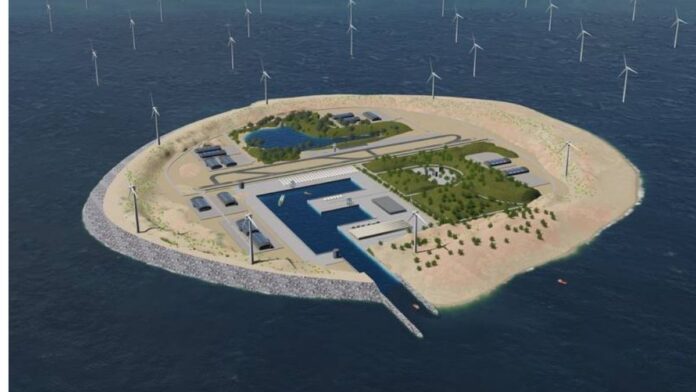 The world’s first energy island will be as big as 18 football pitches 120,000 sq m, but there are hopes to make it three times that size. It will serve as a hub for 200 giant offshore wind turbines.

The Danish Parliament, on February 4, approved a plan to build the world’s first energy island in the North Sea that would not only produce but also store greenhouse energy. With the creation of the artificial island about 80 kilometres from the shore of the peninsula Jutland, Denmark is now aiming to provide electricity to over three million European households.

Located in northern Europe, the Nordic nation has the highest proportion of wind power in the world, which it is now channelizing to meet energy needs. “This is truly a great moment for Denmark and for the global green transition,” Danish Energy Minister Dan Jorgensen told a press briefing on Thursday.

A smaller energy island is already being planned off Bornholm in the Baltic Sea, to the east of mainland Denmark. Agreements have already been signed for electricity to be provided from there to Germany, Belgium and the Netherlands.

Haryana Police Steps Up Security Ahead Of ”Chakka Jam” On Saturday