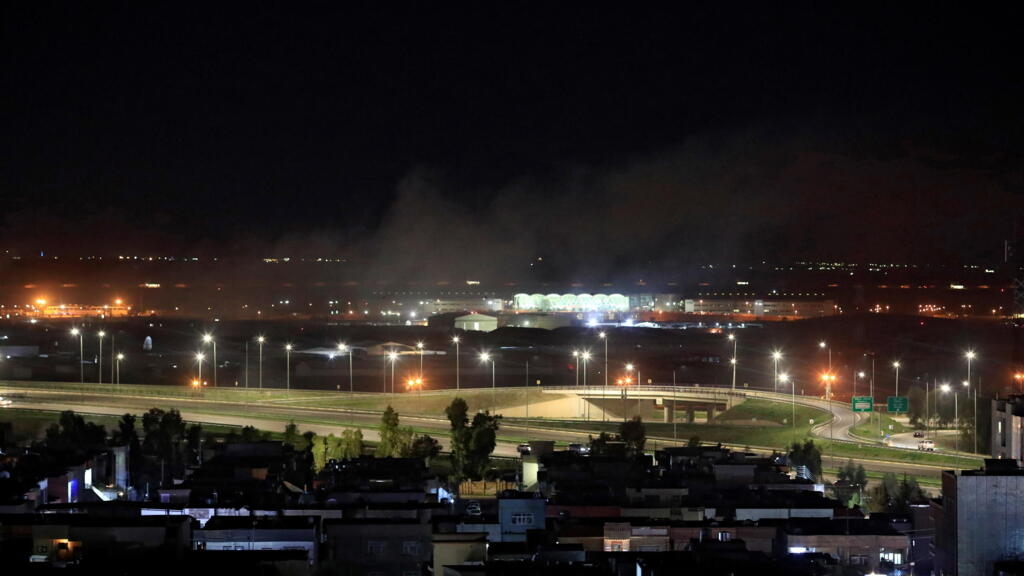 A volley of rockets targeting an airbase in Iraq’s Kurdistan region killed a foreign civilian contractor and wounded five others and a US soldier, the US-led coalition said.

The late Monday attack was the first time Western military or diplomatic installations have been targeted in Iraq in nearly two months, after a string of such incidents.

Under former US President Donald Trump, Washington had vowed that the killing of an American national in such a rocket attack would prompt a mass bombing campaign in Iraq, although Iraqi officials are unsure if the Biden administration would stick to the policy.

At around 9:30 pm (1830 GMT), an AFP reporter heard several loud explosions in the northwestern outskirts of Erbil, the capital of Iraq’s autonomous Kurdistan region.

Iraqi and Western security sources told AFP that at least three rockets were fired in the direction of the city’s airport, where foreign troops are based as part of an international alliance fighting the Islamic State group.

Coalition spokesman Colonel Wayne Marotto confirmed to AFP that the dead contractor was not Iraqi, but could not give immediate details on the victim’s nationality.

Delovan Jalal, the head of Erbil’s health directorate, told AFP at least five civilians were wounded and one was in critical condition.

In a statement, the Kurdistan region’s interior ministry confirmed “several rockets” had hit the city and said security agencies had launched a “detailed investigation”, urging civilians to stay home until further notice.

Following the attack, security forces deployed around the airport and helicopters could be heard on the city’s edges, an AFP correspondent said.

Masrour Barzani, prime minister of the autonomous Kurdish region, condemned the attack “in the strongest terms”.

He said he had spoken to Iraqi Prime Minister Mustafa al-Kadhemi so that security forces based in Arbil and Baghdad could cooperate on the investigation.

Two intelligence sources confirmed to AFP that the attack was carried out from within the autonomous Kurdish region.

Another US official said the projectiles were 107 mm rockets, fired around eight kilometres (five miles) west of Erbil.

The attack was claimed online by a shadowy group calling itself “Awliyaa al-Dam,” or “Guardians of Blood.”

Around a dozen such groups have cropped up in the last year claiming rocket attacks, but US and Iraqi security officials have told AFP they believe them to be front groups for prominent pro-Iran factions including Kataeb Hezbollah and Asaib Ahl al-Haq.

Both groups are vehemently opposed to the US-led coalition, deployed in Iraq since 2014 to help local forces beat back the Islamic State group.

Western military and diplomatic sites have been targeted by dozens of rockets and roadside bombs since the autumn of 2019, with both foreign and Iraqi personnel killed.

In December 2019, a US contractor was killed in a rocket attack on a base in Kirkuk province, prompting the US to respond with air strikes against Kataeb Hezbollah.

In March 2020, another rocket attack killed two Americans — a soldier and a contractor — and a British soldier.

Since Iraq declared victory against IS in late 2017, the coalition has drawn down to under 3,500 troops in total, 2,500 of them Americans.

Most are concentrated at the military complex at the Erbil airport, a coalition source told AFP.

But even as the coalition withdrew more forces, rocket attacks continued, to Washington’s growing frustration.

In October, the US threatened to close its embassy in Baghdad unless the attacks stopped.

The Iraqi government facilitated an indefinite truce with hardline groups and the fire had come to a near halt.

But there have been violations, the most recent of which had been a spray of rockets targeting the US embassy on December 20.

Erbil has very rarely been targeted, although Iranian forces fired missiles at the same airport in January 2020, a few days after Washington assassinated key general Qasem Soleimani at the Baghdad airport.

The latest attack came amid rising tensions in north Iraq, where neighbouring Turkey has been waging a fierce land and air assault against the Kurdistan Workers’ Party (PKK) since June 2020.

The PKK has fought an insurgency against the Turkish state since 1984, using the rugged mountains of neighbouring northern Iraq as a rear base.

There has been little comment from the Kurdish government in Iraq’s north or authorities in Baghdad but in recent days, pro-Iran armed factions have made unusually tough public comments.

Asaib Ahl al-Haq threatened to fight Turkish troops if their operations expanded and another pro-Iran faction, Ashab Ahl al-Kahf, claimed on Monday it had attacked a Turkish military base along the Iraqi border.

Ashab Ahl al-Kahf has claimed previous rocket attacks on US bases but is thought by Iraqi and Western officials to be a “smokescreen” for other groups.

AFP could not independently verify claims of that attack.