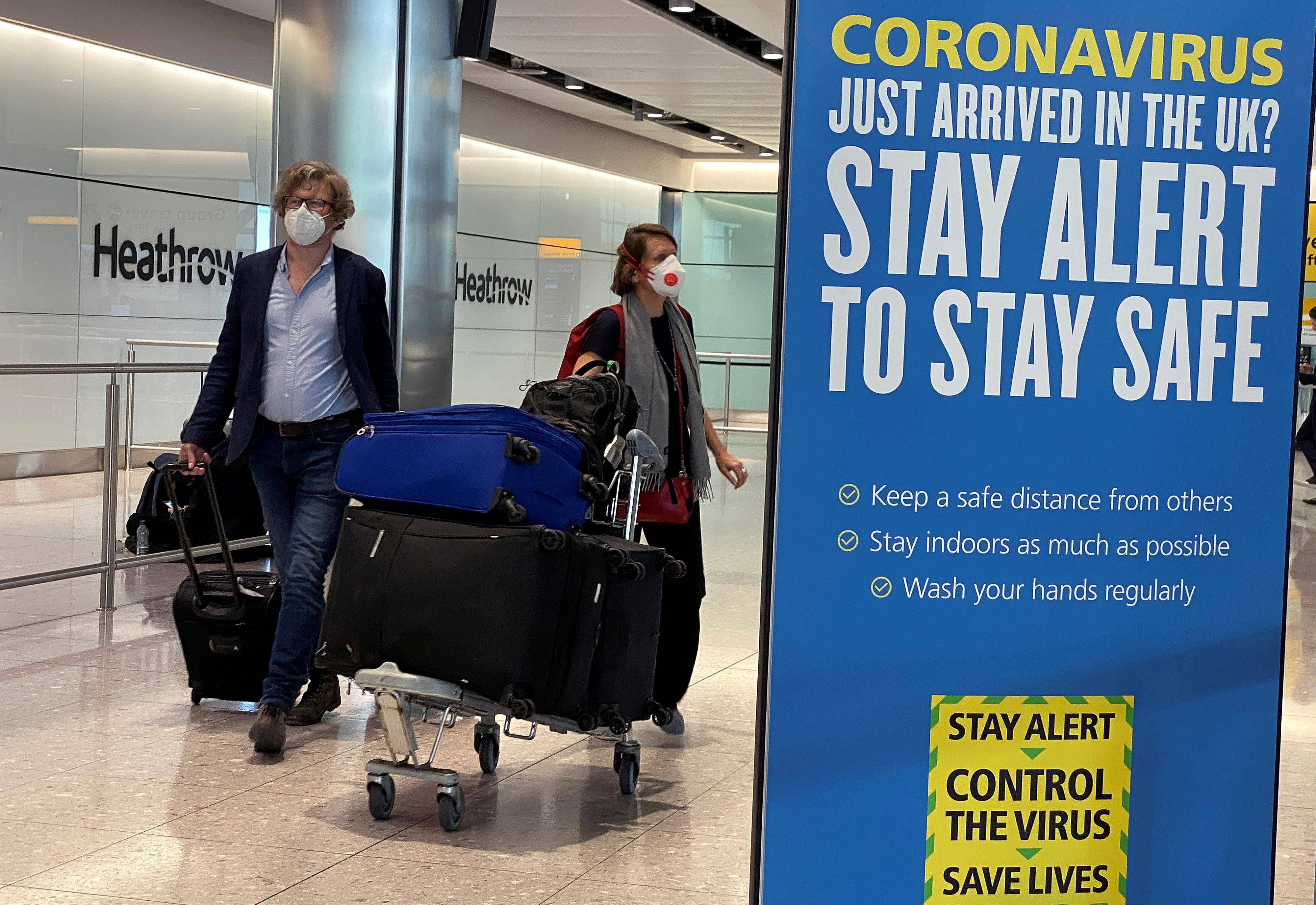 Covid-19: UK to impose mandatory hotel quarantine on fliers from UAE among other ‘red list’ countries from February 15 – News

Non-residents and nationals from these countries have already been banned from entering the UK.

Travellers returning to the UK from more than 30 ‘red list’ countries will have to quarantine for 10 days in government-approved accommodation like hotels, starting from February 15, the government announced on Friday.

The measure is being introduced in an effort to control the spread of new Covid-19 variants of first identified in South Africa and Brazil, which scientists believe may be more infectious and may reduce the effectiveness of vaccines, Xinhua news agency reported.

Countries on the list include the entire South America, South Africa, Portugal and the UAE.

Non-residents and nationals from these countries have already been banned from entering the UK.

A Department of Health and Social Care spokesperson said its was “working at pace to secure the facilities we need to roll out managed quarantine for British nationals returning home from the most high-risk countries”.

“In the face of new variants, it is important that the government continues to take the necessary steps to protect people and save lives,” the spokesperson said.

More details will be set out next week on how travellers can book the quarantine accommodation, according to Sky News.

A BBC report published on Friday said that hotels near airports including Heathrow, Gatwick, London City, Birmingham, Bristol, Manchester, Edinburgh, Glasgow and Aberdeen are expected to be booked up for quarantine.

Quarantined travellers will be served three meals a day in their rooms, with hot and cold options, according to documents seen by the BBC.

Tea, coffee, fruit and water will be available and the hotels would also be required to work with government-approved security staff.

Here is the full list of 33 countries: Hotel quarantine

Portugal (including Madeira and the Azores)

England is currently under the third national lockdown since the outbreak of the pandemic in the country.

Similar restriction measures are also in place in Scotland, Wales and Northern Ireland.

As of Friday, the UK has reported a total of 3,903,706 coronavirus cases, the fourth highest caseload in the world after the US, India and Brazil.

The country’s death toll has hovered to 110,462, the fifth largest number of fatalities after the US, Brazil, Mexico and India.