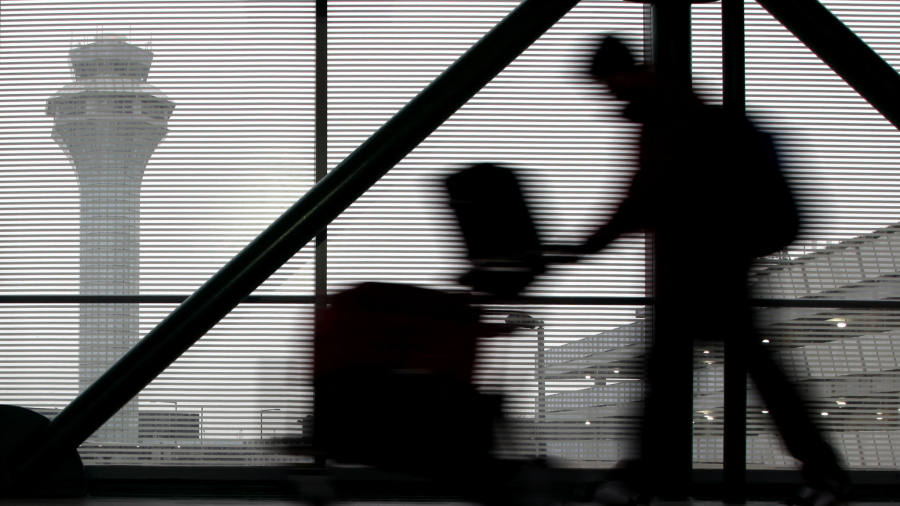 Florida’s governor responded to reports claiming the Biden administration was considering travel restrictions on Americans — and possibly those from his state — in an effort to curb rising cases of coronavirus variants, describing them as “unconstitutional” and “unjust”.

According to a Miami Herald report on Wednesday there are “active discussions” in the White House about what could be done to reduce the spread of several coronavirus variants that were first identified in the UK, Brazil and South Africa that are more infectious than the regular strain. The report said talk of potential travel restrictions did not target any specific states, and according to one unnamed White House official, no policy announcements were imminent.

Florida has confirmed more cases of a coronavirus strain first identified in the UK than any other US state. According to data as of February 9 from the Centers for Disease Control and Prevention, 343 cases of the B.1.1.7 strain have been identified there, more than double the 156 in second-ranked California and ahead of New York’s 59.

California on Wednesday confirmed its first two cases of a variant first identified in South Africa. It is the first time the B.1.351 strain has been identified away from the east coast of the US. South Carolina confirmed the first case of this variant in late January, and it has since been found in Maryland and Virginia.

The prevalence of variants in those states could make them targets if the Biden administration decided to impose travel restrictions.

Florida Governor Ron DeSantis, at a press briefing on Thursday, criticised the reported talks of “travel restrictions on Americans and Floridians” and that he would oppose the idea “100 per cent”.

“It would purely be a political attack against the people of Florida,” he continued.

According to the Miami Herald report, Florida Senator Marco Rubio wrote a letter to President Joe Biden in which he said restrictions on the state would be “reckless and economically harmful.”

In a Twitter message on Thursday morning Rubio said Donald Trump’s decision in late January 2020 to ban travel from China was met with accusations of “hysteria, xenophobia, and fear mongering … But now he [Biden] is considering restrictions on #Florida travel”.

Apple AirPods Pro are back down to $180 right now