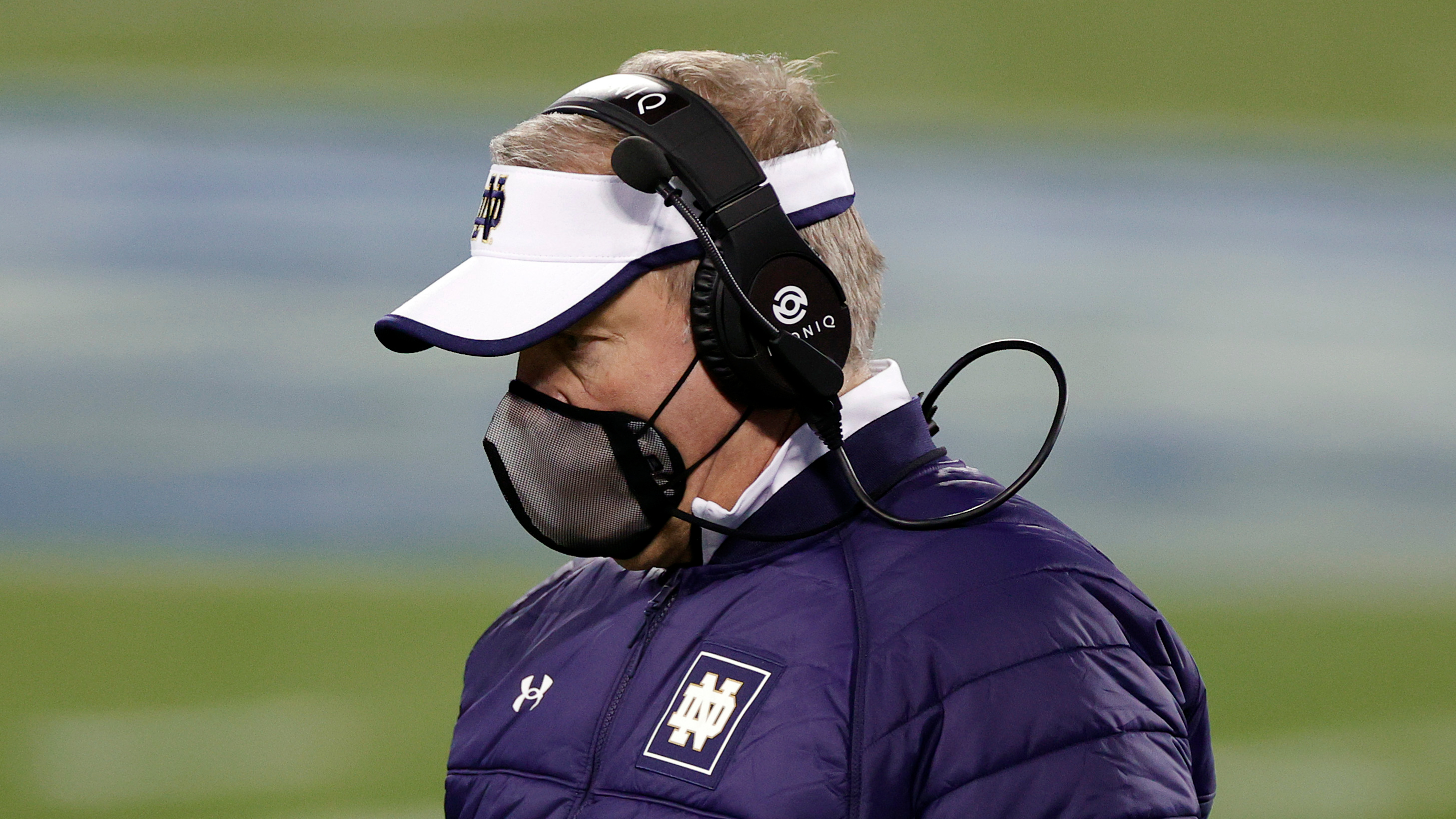 College Football Playoff isn’t fair, but don’t blame four teams who made it That wasn’t going to change in a 2020 season played through unprecedented circumstances amid the COVID-19 pandemic: No. 1 Alabama, No. 2 Clemson, No. 3 Ohio State and No. 4 Notre Dame will play in this year’s Playoff semifinal games. The Crimson Tide and Irish will meet in the relocated Rose Bowl at AT&T Stadium. The Buckeyes and Tigers will play in the Sugar Bowl.

That will escalate the outcry for an expansion to eight teams. The wealth rests in the hands of the few, and those four schools have combined for 18 of 28 possible Playoff appearances. Oklahoma, which finished No. 6 in the final rankings, has four appearances as well.

That’s 78.9 of the total Playoff appearances. It’s not fair, but that’s the reality of the sport. We always run the comparison with the NFL: In the last six seasons, 17 different NFL franchises have participated in conference championship weekend (the sport’s version of the final four). New England, Green Bay and Kansas City are the only teams with multiple appearances.

But you can’t blame the powerhouse programs for that. Did the selection committee semifinal pairings right? In an unfair setup in an unfair sport, the answer is yes.

Only four fan bases can say no. No. 5 Texas A&M has an issue with Notre Dame getting in, but the Aggies didn’t play for a conference championship and lost by 28 points to Alabama. Cincinnati, Coastal Carolina and San Jose State all finished unbeaten, but this setup made it clear during UCF’s two-year run in 2017-18 that Group of 5 teams aren’t going to be invited to a four-team playoff.

The Bearcats have the most legitimate gripe of all these teams.

Nobody else can take issue with this year’s pairings. Try arguing without mentioning an expansion, which just doesn’t seem to be in the CFP’s immediate future. In fact, you could make a stronger argument that this year’s field should revert back to the BCS, and we just let Alabama and Clemson play in their fourth championship game matchup in seven years.

That’s the problem. The wealth rests in the hands of a few, and the Irish are just the fifth two-time Playoff member. Only 11 schools have made the playoff in seven seasons. The “it’s cyclical” mantra doesn’t fly here, because there are no broken wheels in sight for those major powers in their conferences.

Alabama has won five SEC championships in the last seven years, and it won their second national title in a season where they didn’t the conference in 2017. Clemson and Oklahoma have won six straight ACC and Big 12 championships, respectively. Ohio State has won four straight Big Ten titles, and Notre Dame has finished unbeaten in the regular season twice in the last three years.

Until there’s an eight-team playoff, that club isn’t accepting new applications outside of Georgia and LSU. The recruiting rankings say the same thing every year.

It’s not fair, but within the confines of a flawed system, the CFP committee delivered the best possible playoff. The entertainment value is as high as it can be.

MORE: College football bowl schedule: Tracking the selections for all 32 bowl games in 2020-21

Clemson and Ohio State meet in a rematch of last year’s 29-23 Fiesta Bowl thriller. Trevor Lawrence and Justin Fields — who have been competing against each other since the Elite 11 circuit — likely will be the first two quarterbacks taken in the 2021 NFL Draft. These fan bases haven’t liked each other since Woody Hayes took a swing at Charlie Bauman in the 1978 Gator Bowl.

Alabama and Notre Dame meet for the first time since the Crimson Tide dominated the Irish 42-14 in the 2013 BCS championship game. Nick Saban is going for a record seventh national championship, and his sixth at Alabama. The Irish get another chance to validate those platinum program credentials after losing 34-10 to Clemson in the ACC championship game.

That’s worth watching on New Year’s Day. College football can sell that, and they will in a season where the bowl structure has been decimated by COVID-19 cancellations. Another round of the same-old teams is going to generate more talk about expansion, especially if the games aren’t close.

The issue of fairness will continue to come up, and the volume is turning up. It’s not fair. The playoff, the sport, the distribution of five-star wealth on the recruiting trail. Maybe expansion redistributes that. Maybe it doesn’t.

In the current system, however, the correct four teams are in. Is that fair?

Nobody can say that about college football in the first place.