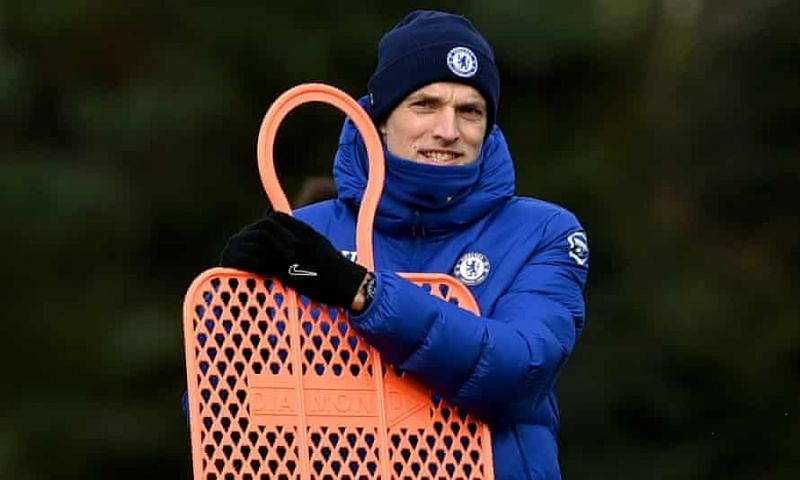 While Chelsea didn’t boss possession like they did against Wolves, they were far more direct, incisive and threatening on the ball.

Tuchel has sparked a breath of fresh air since arriving at Stamford Bridge, as Chelsea finally put forth a dominant display. He reacted to the win with praise for his players.

On that note, let us have a look at the some of the biggest Chelsea stories following their win over Burnley.

Chelsea were simply peerless against Burnley, but they had to call upon a couple of unlikely sources to bag the goals.

Both Azpilicueta and Alonso’s goals were fabulous in terms of finishing. While Tuchel was delighted to have the win, he was less effusive about his forwards. Speaking after the game, the Chelsea boss said in this regard:

“A lot of half chances, a lot of deliveries. In the end I couldn’t care less because we scored with Azpi, and we scored with Marcos, and we are happy to have a deserved win.”

Cesar Azpilicueta launched the Thomas Tuchel era at Stamford Bridge with a powerful effort from an overlap that smashed the roof of the Burnley net.

He laid his name on the scoresheet in yet another new era for Chelsea, eventually helping the Blues to seventh place in the Premier League table.

Despite the metamorphosis the club is experiencing, Azpilicueta is convinced Chelsea could be challenging for titles under Tuchel’s stewardship.

Speaking after the game, he remarked:

“Chelsea should always win; that’s our DNA; we always play to win. Chelsea deserve to be fighting for everything; we are far from where be want to be, but with the new manager, we have everything to play for.”

“Everyone is very ambitious; we want to give everything to get as far as possible in every competition; so let’s keep working hard; and Thursday, we are focused on the big game.”

Hudson-Odoi had caught my eye even before I arrived at Chelsea: Thomas Tuchel

One of Chelsea’s men of the moment — Callum Hudson-Odoi — has started both games under Thomas Tuchel at right wing-back.

He has used his pace and ability to whip pin-point crosses and run at the back line to good effect. It was his decisive play that set up an onrushing Azpilicueta for Chelsea’s first goal.

Chances have been hard to come by for Callum Hudson-Odoi, but Tuchel seems to have known of the player’s nous even before taking up the Chelsea job. Tuchel said in this regard:

“Of course we knew him (Hudson-Odoi) — there were big rumours about his (potentially) joining Bayern Munich all the time. Even before that — because we are interested in football and in upcoming players. So he was already in the focus even before I even thought of being his manager.”

Stimulus check details are changing fast. The most important things to know today