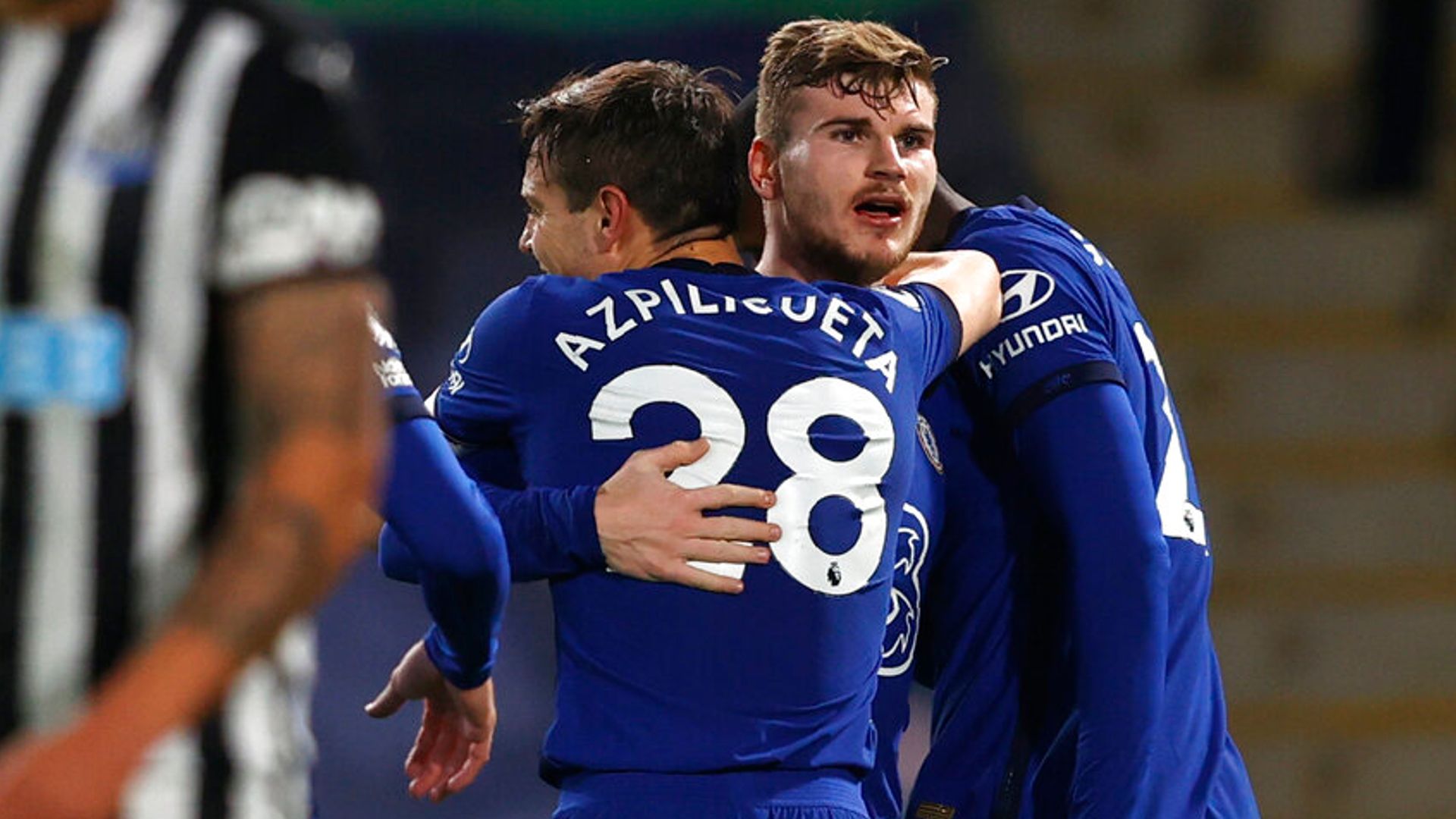 Timo Werner finally ended his Premier League goal drought as Chelsea eased past Newcastle with a 2-0 win to move into the top four.

The hosts, who named Kepa Arrizabalaga in goal for his first league game since October, took the lead in the 31st minute when substitute Olivier Giroud – on in place of the injured Tammy Abraham – struck from close range.

Werner (39) then doubled the advantage eight minutes later, ending a run of 14 games without a goal in the league.

1000 – Timo Werner has scored his first Premier League goal for Chelsea in exactly 1000 minutes – since netting against Sheffield United in November – ending a run of 31 attempts without finding the back of the net in the competition. Relief. #CHENEW pic.twitter.com/1DaodRBhBU

After the break, Arrizabalaga was called into action on a couple of occasions, saving Jonjo Shelvey’s free-kick before keeping out Joe Willock’s header, but Chelsea were comfortable as they secured a fourth straight league win under Thomas Tuchel.

Victory sees Chelsea move above Liverpool and West Ham, who beat Sheffield United 3-0 earlier on Monday, to move into fourth. They remain unbeaten in six games in all competitions since Tuchel’s arrival at Stamford Bridge.

Meanwhile, Newcastle stay 17th but they are now seven points clear of the relegation zone.

Man of the match – Timo Werner

Sky Sports’ Andy Hinchcliffe: “The man of the match has to be Timo Werner. He completely changed the complexion of the game. He has made one, scored one, and he does deserve a goal. His recent performances have been excellent. He is brave, he is always wanting to make use of the ball and make things happen. I am just really pleased for him that he has been able to find the back of the net, finally.”

Chelsea are back in action on Saturday, February 20 when they travel to St Mary’s to face Southampton in the Premier League; kick-off 12.30pm.