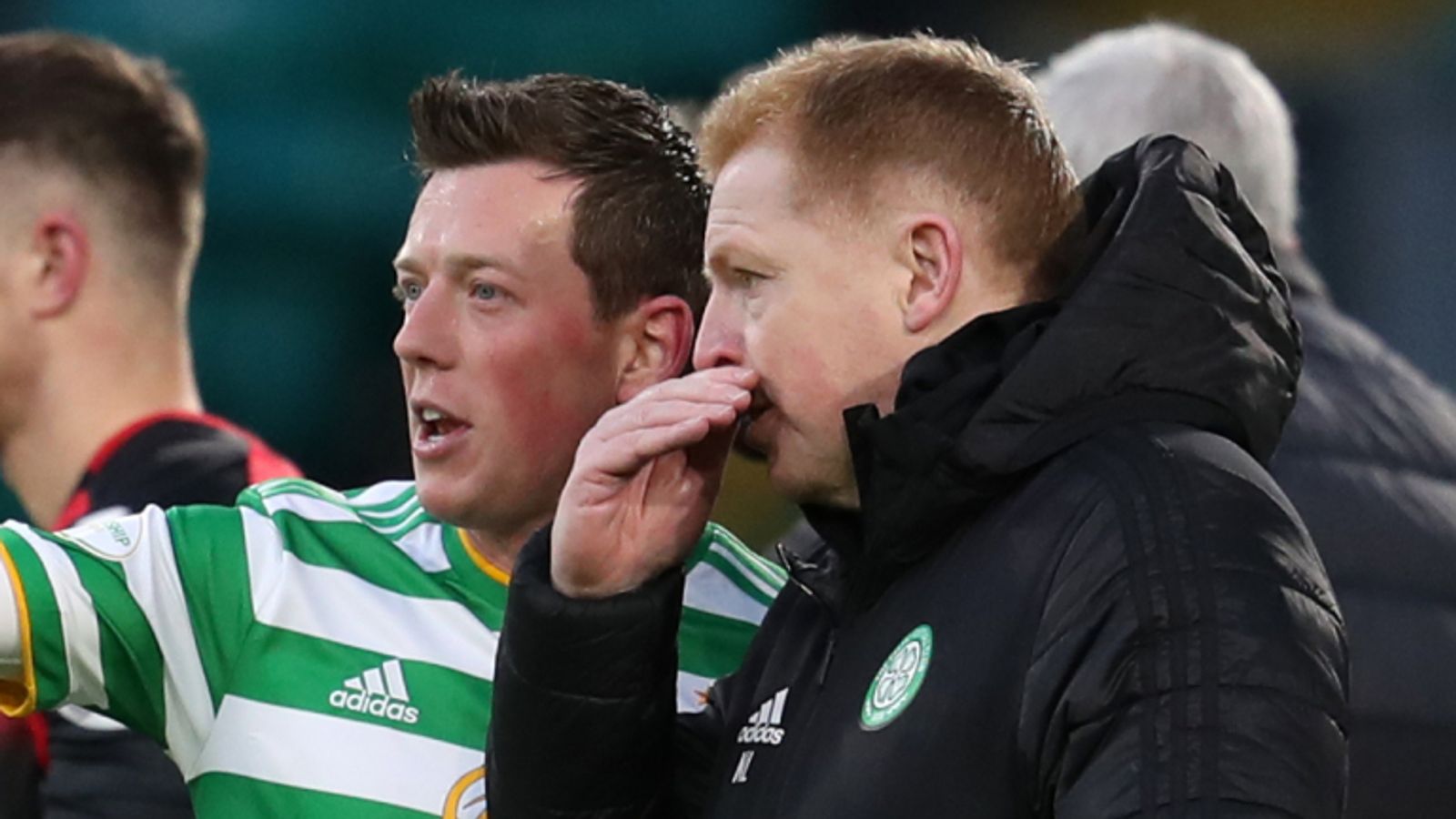 Callum McGregor has stressed that Neil Lennon has the Celtic players’ total support as the Hoops boss continues to work amid a performance review.

Chairman Ian Bankier revealed on Monday that the review the club promised in December was still running while stating that no hasty decisions would be made.

Lennon has been under pressure for a large part of the season and the quest for a 10th successive Scottish Premiership title appears highly unlikely with the champions 18 points behind Old Firm rivals Rangers with one game in hand.

Ahead of the visit of Aberdeen on Wednesday, stand-in captain McGregor was asked if he was expecting Lennon to be in charge next season.

“Obviously that’s a decision for the club and the people above us and they will take that decision but what I will say is that every one of us is fully behind the manager,” the Scotland midfielder said.

“He has a great record at this club, he has had so much success, firstly as a player and then obviously as a manager.

“His credentials speak for themselves and we have had very successful times. We have managed to do two trebles under his wing as well which everybody remembers.

“He has had a great time at the club and people above us will make that decision but from my side and the players’ side, we are all behind him.

“Obviously the club have put the statement out and it reads very fairly in terms of this season as a whole.

“It has been disappointing, obviously we hoped for more. It’s just not been the case.

“Us as players, staff, we have to refocus and get to a better place again.

“That’s our job in the football department, to get better and finish the season on a positive and we attack next season in the same vein that we want to do well.”

Lennon ‘quite comfortable’ about his position

Lennon insists he is “quite comfortable” about his position, amid the ongoing review of performances at the club.

Speaking ahead of the Aberdeen game, Lennon said: “You are never secure in your role as a manager anyway, especially when you have been through difficult times.

“But I am quite comfortable with the way my position is at the minute and until that changes, I will give my best every day.

“I haven’t taken any notice of it (the review) really. The only time I think about it is when you guys bring it up. It has not affected my work.

“It is a new thing for me to go through a process like this. I haven’t experienced it before.

“I can’t tell you if there are going to be definitive answers that the supporters want or not.

“At the minute, I am just carrying on from day to day and game to game.”