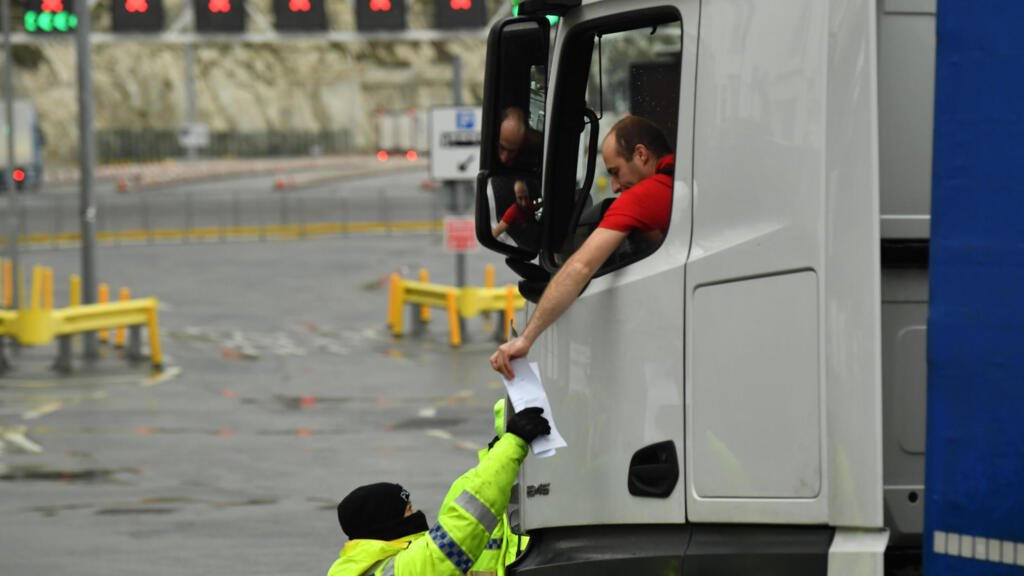 UK companies are coming to the hard realisation that Boris Johnson’s “tariff-free” Brexit trade deal may not actually do what it says on the tin.

While the predicted scenario of lengthy lorry queues around ports in Dover as soon as the clock struck midnight on 1 January failed to materialise, EU and UK companies are facing more red tape just to get their goods across the border.

As the first week of 2021 comes to a close, some British companies have suspended exports to the EU, leaving empty shelves in Marks and Spencer outlets in France and orders with European clients unfulfilled.

Soviet shortages in my local @marksandspencer in Dublin with little fresh veg or fish to be had. My mole says it’s all Brexit-related with trucks delayed since Friday by additonal paperwork. That food will be spoiled soon. pic.twitter.com/llsClbPmRu

The British department store Debenhams has closed its website in the Republic of Ireland, due to “uncertainty around post-Brexit trade rules”. Another department store, John Lewis, has also said that it will no longer be offering international delivery, although the retailer reportedly told the BBC that this was part of a strategic decision to focus the business on UK customers.

When the real disruption starts

Some pro-Brexit pundits have claimed that fuss-free traffic around the border proves that Brexit hasn’t actually caused that much disruption to supply chains.

A week after Brexit and Dover port working fine. Still no apologies from the Project Fear commentators and media forecasters.

But industry bodies warn that the real test comes later in January, as stockpiles that businesses built up to mitigate Brexit logjams start to run low. The UK’s Road Haulage Association said that there were approximately 2,000 lorries a day making the Dover-Calais crossing in each direction in the first week after Brexit – compared to a normal day when about 5,000-6,000 lorries make the journey.

Michael Gove, the UK Cabinet minister in charge of Brexit logistics, warned on Friday: “The real challenge and potential for significant disruption starts next week.”

He added: “We have always been clear there would be changes now that we are out of the customs union and single market, so full compliance with the new rules is vital to avoid disruption.”

The new rules mean much more paperwork, such as customs declarations, and logistics firms are reporting that their UK customers are woefully unprepared.

The courier service DPD has temporarily stopped its European delivery service, saying that 20 per cent of parcels haven’t been able to be delivered because of “incorrect or incomplete data attached”.

An account manager at a logistics company told Bloomberg that the logistics of getting goods over the border had turned into a “nightmare”, saying, “The customers are massively confused about what’s needed.”

It seems that the reality on the ground is a far cry from Boris Johnson’s assertion on 24 December that the agreement “above all, means certainty for business”.

On top of the added paperwork, many companies are now also warning that they may have to pay duties on certain products, due to new rules of origin in the UK-EU Trade and Cooperation Agreement.

What are rules of origin?

In his 24 December statement after the post-Brexit trade deal was announced, the British prime minister said that the agreement would allow “UK goods and components to be sold without tariffs and without quotas” in the EU and would, “if anything”, enable British firms to “do even more business with our European friends”.

UK companies are now swiftly realising that they may in fact face extra duties if they re-export goods to the EU. Under the Brexit deal, a product may be slapped with extra tariffs if more than 40 per cent of its components do not ‘originate’ in the UK. But the meaning of ‘originate’ here is complicated: for instance, 44 per cent of the components of the average car manufactured in the UK come from UK suppliers, but only around a fifth of the components themselves are made in the UK, thereby disqualifying the car from tariff-free trade.

Zero-tariff goods that arrive in the UK will accrue tariffs if they are re-exported to the EU – unless they have been altered in some way, which would change their status to ‘UK-origin’. That means that some food and agricultural products could attract high EU external tariff rates.

The British brand Marks and Spencer has struggled to restock shelves in its EU stores and has even temporarily closed some of its shops. Earlier this week, French office workers and British expatriates took to Twitter to bemoan the shortages of ready-meals, curry boxes and cheddar cheese.

Now the company has said that around 2,000 of its food products could be affected by the rules of origin, causing additional levies.

“Tariff-free does not feel like tariff-free when you read the fine print,” said Steve Rowe, the company’s chief executive.

Can US democracy recover?