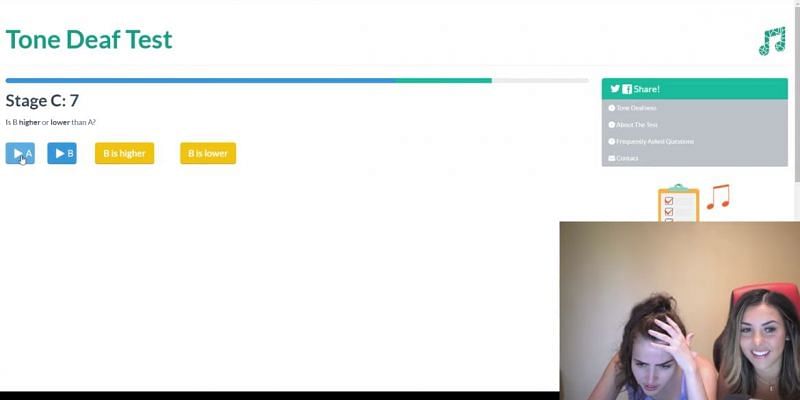 
BotezLive’s Andrea Botez was brutally labeled as “tone-deaf” during a recent live stream on Twitch.

Twitch streamers Alexandra and Andrea Botez were engaging with their viewers when the two decided to check if either of them are “tone-deaf.” The pair decided to take a tone-deaf test, where they had to tell which of the two sounds had a higher “tone.”

For Alexandra and the viewers it was pretty apparent that the second sound was higher in tone, but Andrea was unsure and could not figure it out. Towards the end, she ended up guessing, and said that the first sound had a higher tone, much to the surprise of their Twitch viewers. 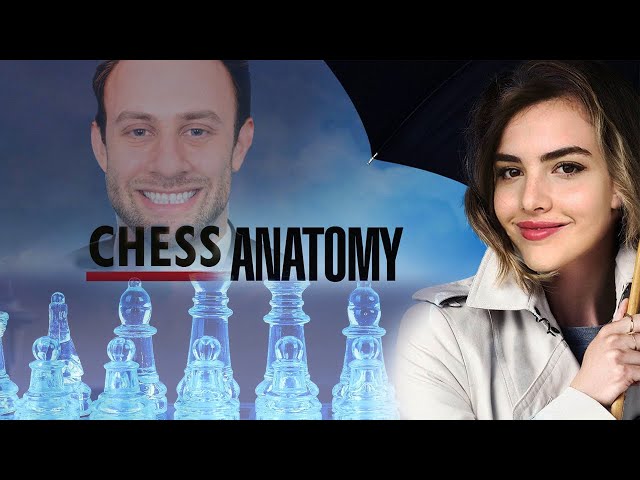 Twitch channel BotezLive is run by American-Canadian FIDE master Alexandria Botez, along with her younger sister Andrea. The two generally post Chess-related content on both YouTube and Twitch. However, the two also play games such as Fortnite, Among Us, Fall Guys, and Valorant.

Regardless, BotezLive has around 200k subscribers on YouTube and a further 470k followers on Twitch. In a recent “IRL” stream, the two streamers were engaging with their viewers when they decided to give a “tone-deaf” test on the internet.

People who are “tone-deaf” have a hard time differentiating between the “tones” of different sounds. Now, Alexandria Botez was quite clear which sound had a higher tone, and even hinted at the answer for her sister.

However, Andrea Botez was perplexed, and ended up listening to the sounds a bunch of times. Towards the end, her sister told her that she can definitely tell which sound had a higher tone, while Andrea asked her to play the sound “one final time.”

When her sister obliged, she thought about it for a few more seconds and then said that the second sound had a higher tone. As can be seen in the video, it was quite obvious for both her sister and the views on Twitch that she was wrong.

In a nutshell, while Alexandria Botez passed the test and is obviously not “tone-deaf,” her sister found out that she is live in front of thousands of viewers on Twitch. How embarrassing.

US Issues Guidelines On COVID-19 Vaccination After Allergic Reactions