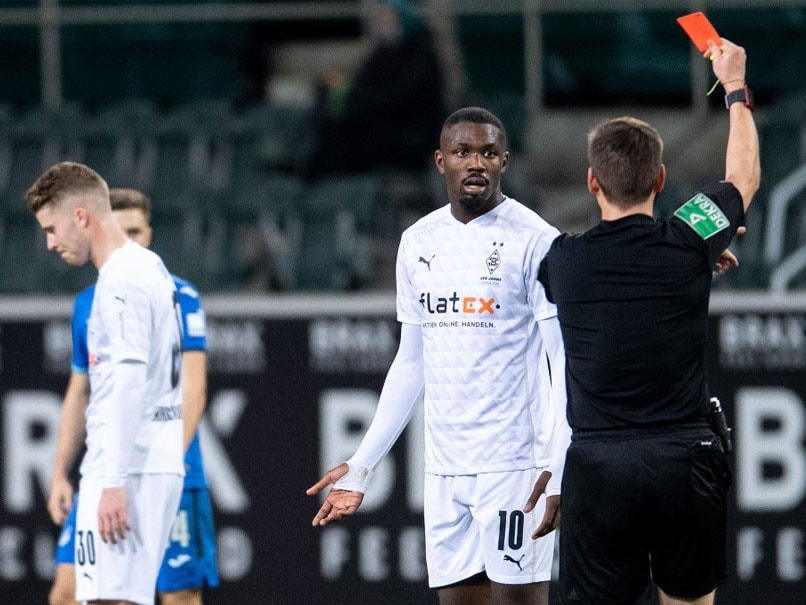 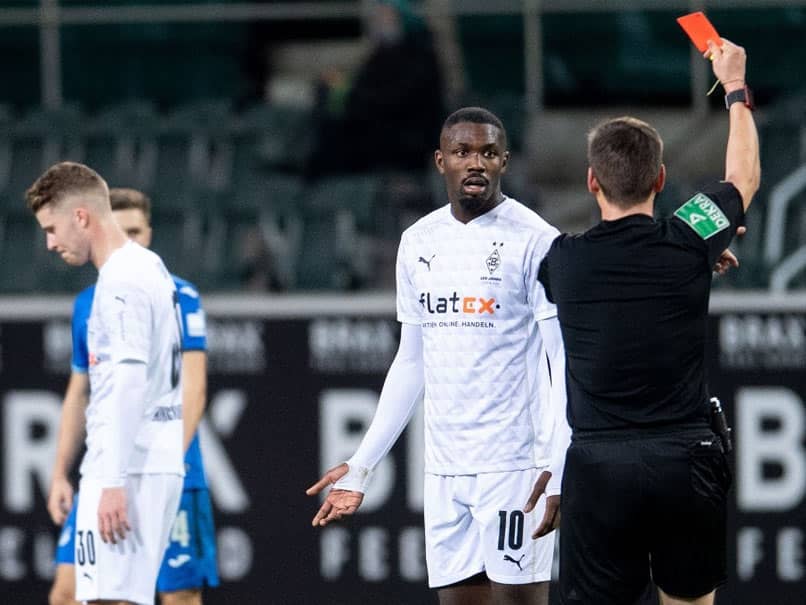 Marcus Thuram was also fined a month’s salary, to be paid to a charity, by his club.© AFP


French international Marcus Thuram was hit with a six-match suspension and a 40,000 euro fine ($49,000) by the  German Football Association on Monday for spitting at an opponent during his club Borussia Monchengladbach‘s defeat to Hoffenheim at the weekend. The 23-year-old striker — son of 1998 World Cup winner Lilian Thuram — was sent off after a video review showed him spitting in the face of Stefan Posch of Hoffenheim as the two argued during a Bundesliga match.

With Gladbach down to 10 men, Hoffenheim scored a late goal and won 2-1.

Thuram was also fined a month’s salary, to be paid to a charity, by his club. According to Bild daily, the fine could be in the region of 150,000 euros and constitute a club record sanction.

“Marcus has accepted this and has also offered to engage with this social cause on his own behalf,” the club’s sporting director Max Eberl said in a statement on Sunday.

“I have come to know him as a reflective person with a great demeanour,” said Eberl. “He remains the same person we know, and we will stand

Kushner to lead maiden flight from Israel to Morocco
Deadspin's 2020-21 NBA Preview — The Atlantic Division: All or nothin' for a bunch of win-now contenders