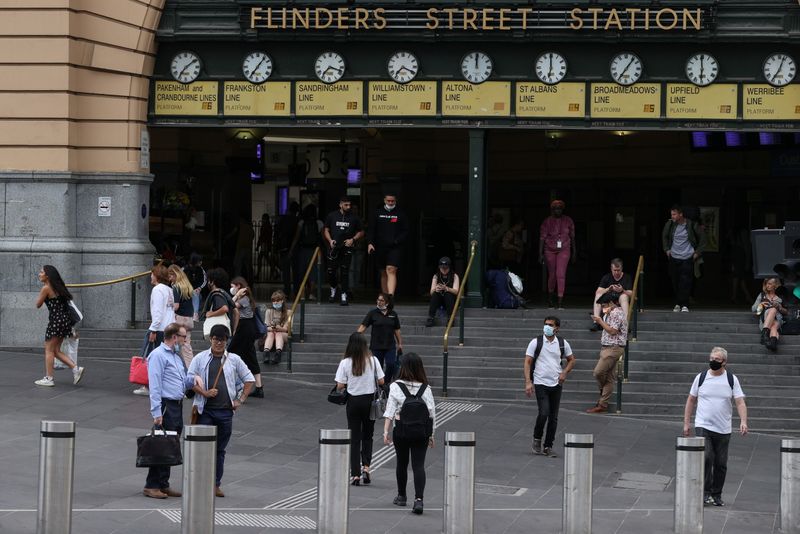 SYDNEY (Reuters) – Australia’s biggest state will exit a snap five-day COVID-19 lockdown after reporting no cases for five straight days, as the national cabinet decided to lift the temporary caps on citizens returning from overseas from the middle of this month.

Western Australia’s state capital Perth and southwest region, home to some two million people, will exit lockdown from 6 pm local time on Friday, state Premier Mark McGowan said, adding the only reason that could change was if local cases were recorded before that time.

“I’m so relieved we have got to this point and we can get businesses and our economy back open with full confidence,” McGowan told reporters in Perth.

With community infections in the country remaining low over the last several days, Australia will relax caps on international arrivals.

Australia will reinstate prior limits on international travellers allowed back each week to some states, after cutting the number by nearly half to around 3,000 in early January after the discovery of virulent new variants of the coronavirus.

“From 15 February, the caps will return to the previous levels for New South Wales and Queensland. So, we will see that capacity lift again,” Prime Minister Scott Morrison told reporters.

Since last March, the country’s international border has been shut to all but non-citizens and permanent residents who have to go through a two-week mandatory hotel quarantine on arrival at their expense.

Australia’s second most populous state of Victoria on Friday reported no new cases bringing relief to organisers of the Australian Open tennis, due to start Feb. 8, after a worker at a hotel where some players were staying had contracted the virus.

The quarantine hotel worker infection, reported late on Wednesday, put 500 players and staff into isolation while they were tested. Tournament officials on Friday said nearly all of them have so far tested negative for the virus.

Australia has reported just under 29,000 COVID-19 cases and 909 deaths, far fewer than many other developed countries, because of strict border controls, widespread testing, social distancing rules and lockdowns.